Uber, despite its many recent legal and internal struggles, is already looking far beyond its current ventures into either automobile taxi services and has its eyes set on the sky. The revelation came today – April 25 – from the company’s Chief Product Officer, Jeff Holden, at the Uber Elevate Summit in Dallas, with Holden revealing Uber’s plan to usher in a new futuristic era via airborne taxis by the year 2020 – starting in the Dallas-Fort Worth area of Texas. The current plan for real-world testing also includes test flights being conducted in Dubai as part of the World Expo 2020. Despite what you may be thinking, the idea does make some sense. Air traffic is currently fairly minimal, as opposed to traffic on the streets or highways. Traveling through the air also generally allows for a decent increase in the actual speed of travel, while vehicles stuck to the ground are forced to abide by a slower set of speed limits that can vary quite a bit. By Uber’s calculations, taking one of their flying taxis from San Francisco’s Marina to downtown San Jose could reduce what was a 2 hour drive time down to around 15 minutes. The vehicles themselves are classed as being VTOLs – verticle take-off and landing – and are expected to be all-electric.

Obviously, the ride-share company won’t be tackling the problems of creating the service all by itself. Uber has partnered itself with Bell Helicopter, Aurora, Pipistrel, Mooney, and Embraer for the vehicles themselves. For the landing pads and charging stations – vertiports, as Uber calls them – the company has teamed with Hillwood Properties. Four of those will be built within the Dallas area beginning in 2018. In addition to the environmentally friendly appeal of the VTOLS, Uber believes it can start things off at around $1.32 per mile a passenger travels. That’s similar to the costs of their current ride-sharing service but the company thinks they can get the cost down even further in the long run.

Uber won’t be alone in the newly forming arena of short-range, flying, people carriers either. That’s particularly true in Dubai, where at least one other company has plans to start its own service this year. It isn’t yet known whether Uber plans to have its vehicles operate autonomously or not, but its competition in the United Arab Emirates will be taking that approach. That could have a wide range of implications since people, in general, appear to be sitting on the fence still about whether or not to trust autonomous vehicles. At least until both services are up and running, it’s hard to say what if any impact that will have. 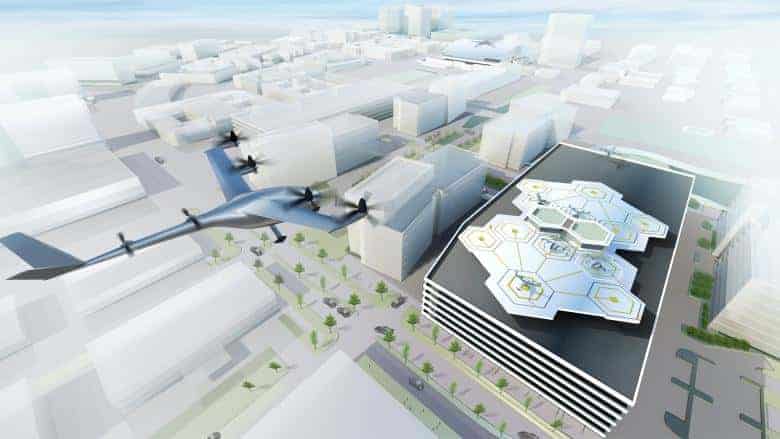