WhatsApp has just released a new version of their beta app which brings some new shortcuts to text formatting within the messaging service. This will allow users to more easily format the text that they are wanting to send to their contacts. Things like bold, italicizing and even underlining, has become even easier to do. Now all you need to do is long-press on a word and then a new menu will come up with options for formatting that text. Which includes bold, italics, strikethrough and monospace, just to name a few. Making it much easier to format the text.

Prior to this change, you would need to remember the code to bold a word, which would need an asterisk on each side, so that “*bold*” would be bolded in WhatsApp. This is similar to the formatting that is done on Google+ and other social media websites. So they aren’t that hard to remember since they are used elsewhere. But now with these shortcuts it does make things a bit easier. Remember that this is only in the beta version, and it’s part of version 2.17.148, so you’ll need to have that version of the WhatsApp Beta to be able to see these text formatting shortcuts.

For those that are unaware, WhatsApp is the biggest messaging platform in the world right now. It is also the only messaging app that is available in every country – it’s not blocked in China, Russia or Turkey, even though it is owned by Facebook. WhatsApp allows you to text anyone and even call them, without charging you anything. So it’s a great tool for using while traveling, as you can call your family and friends back home and not worry about roaming charges – which are finally starting to go away anyways. WhatsApp is completely free, and doesn’t even have ads that it shows to its users, which is pretty impressive, given the amount of features that it has. It’s a great alternative to messaging apps like Facebook Messenger, Line and even WeChat. It’s available for Android and iOS, after having recently dropped support for BlackBerry and Windows Phone. 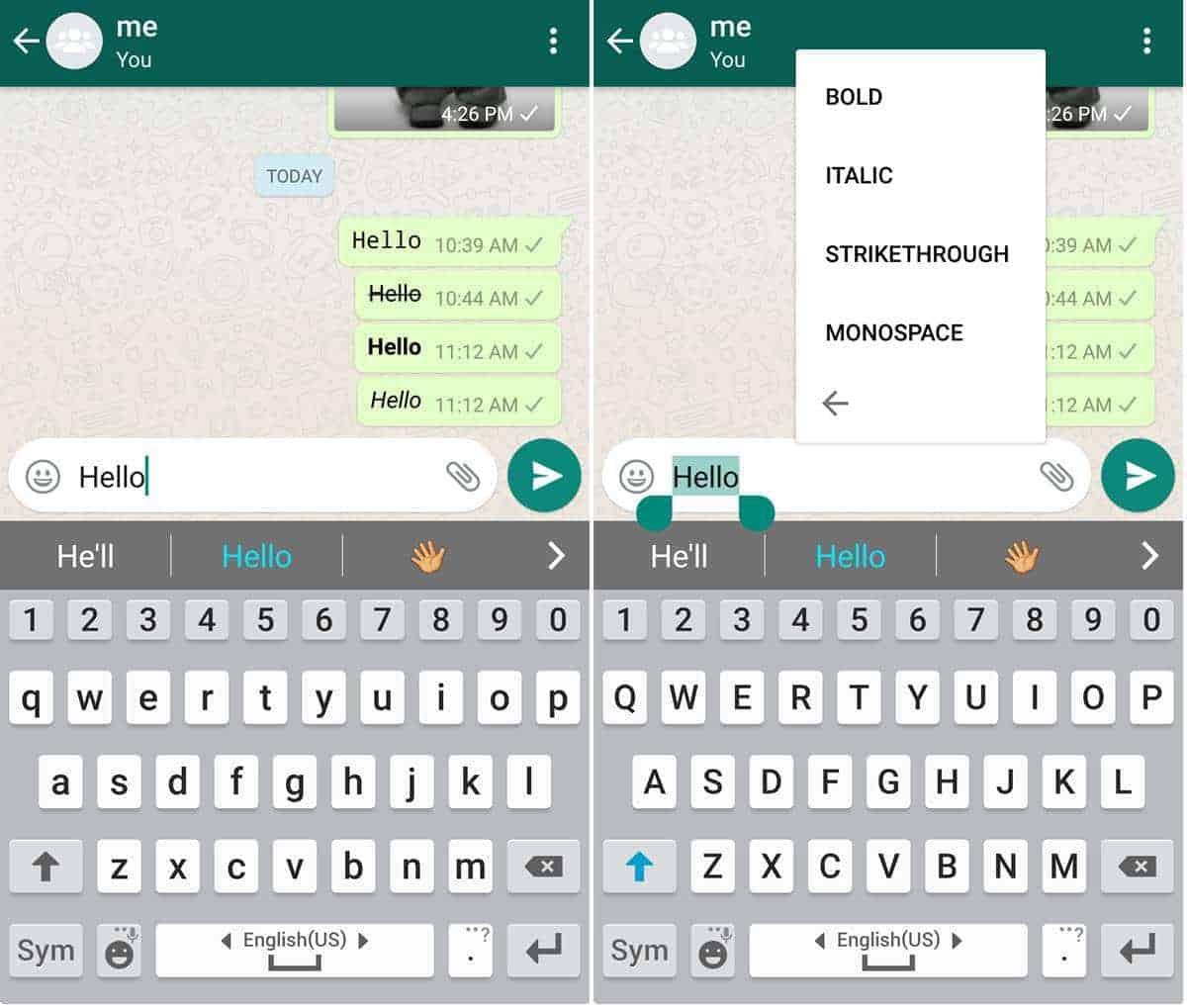