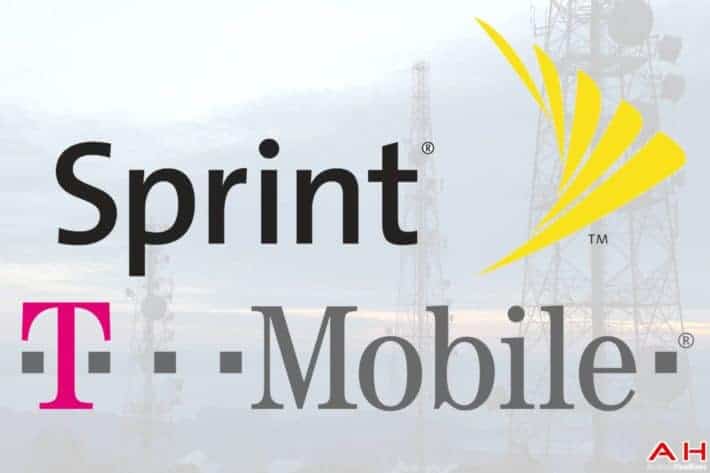 Rumors about a potential merger of Sprint and T-Mobile have been circulating the industry for years now, ever since SoftBank Group purchased a majority of Sprint shares in mid-2013. The Japanese corporation has reportedly been planning to acquire a controlling stake in T-Mobile for a long while but was previously prevented from doing so by the former Obama administration. Following Trump's presidential election win, the talk of T-Mobile and Sprint merging under the new, more consolidation-friendly administration surfaced once again, especially after SoftBank CEO Masayoshi Son's recent meeting with President Trump when he promised to create 50,000 new jobs in the United States. Due to Trump's political platform that puts a large focus on domestic job growth, many interpreted Son's promise as the first step towards getting the merger of Sprint and T-Mobile approved under the new administration.

While SoftBank still has many obstacles to overcome before completing the long-rumored deal, acquiring a controlling stake in T-Mobile and merging it with Sprint would also prompt a number of other major decisions the Tokyo-based conglomerate would have to make; most importantly, the tech giant would have to decide on the Chief Executive Officer it wants to lead the newly merged telecom company. Both T-Mobile's John Legere and Sprint' Marcelo Claure have been doing reasonably well in recent years and while it's theoretically possible SoftBank could opt to install two CEOs like Oracle did, Oracle's example is just an exception and not a norm in the industry. In light of that fact, only one of Legere and Claure would likely get to lead the new telecom giant provided that T-Mobile and Sprint actually end up merging. But who would that be?

Some industry analysts believe the answer to that question is obviously – Legere. As Angelo Zino of market analysis firm CFRA Research recently explained, any possible way in which the third and the fourth largest wireless carriers in the country could merge is the one that leaves Legere heading the newly incorporated telecom giant. A number of analysts maintain that while Claure's accomplishments at Sprint are noteworthy, they still hardly compare to those of Legere who had T-Mobile overtake Sprint in the number of subscribers after less than three years of heading the company. Not every industry professional agrees with that assessment, as Recon Analytics founder Roger Entner points out that SoftBank may opt to stick with Claure due to his hands-on approach to management, implying that Japanese owners may not be keen to have their billions of dollars of investment be managed by an eccentric and sometimes unpredictable individual like Legere.

Even if Entner is overplaying the importance of differences in corporate cultures of the United States and Japan that could lead to Legere's dismissal in case of a hypothetical merger, that turn of events isn't completely implausible given how T-Mobile just increased its CEO's golden parachute by $3.5 million. Legere's total compensation package amounts to $20 million in salary and incentives as of April 1, a recent filing with the U.S. Securities and Exchange Commission (SEC) has revealed. Seeing how a CEO's golden parachute is based on salary, incentives, and awarded stock, Legere would likely receive well over $60 million if a merger of T-Mobile and Sprint leads to his dismissal, the company's recent SEC filing indicates. Provided that merger talks begin in the coming months, Legere might consider yielding his management position when tempted by such a payout.

That isn't to say Claure's golden parachute hasn't been growing in recent times as well seeing how Sprint's CEO was promised ten million of Sprint shares if he can maintain the company's stock at over $8 per share for 150 consecutive days, and he's been currently doing so since December 5th. In a likely scenario in which Claure manages to accomplish that goal, he'd also be in for a massive increase in benefits for his theoretical termination following Sprint's merger with T-Mobile, so he'd be tempted to leave the hypothetical incorporated entity just like Legere would. Naturally, even if Sprint and T-Mobile end up merging, there's much that could affect SoftBank's CEO pick in the meantime, so making predictions on the matter with any degree of certainty is currently pretty much impossible. However, an update on the situation is bound to follow soon seeing how the FCC's latest spectrum auction ended last Thursday and spectrum holders will be able to discuss mergers in just a few weeks.