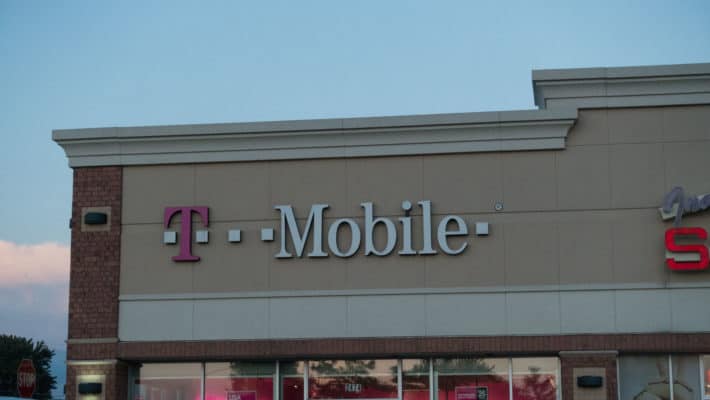 T-Mobile is expected to have lower postpaid growth than initially expected according to analysts at Wells Fargo Securities. Increased competition, along with other factors, prompted Wells Fargo to lower its expected net postpaid subscriber growth for T-Mobile from 897,000 to 850,000 this quarter. This estimate includes 714,000 net phone postpaid additions and 136,000 net tablet subscriber additions. There is also a reduction in the estimates of prepaid net ad numbers for T-Mobile, with the estimates reduced from 750,000 to 525,000. Increased competition in the form of unlimited data plans, delayed tax refund season, overall softer gross subscriber addition environment for the carriers, and delay in launching the Samsung Galaxy S8 have all been raised as possible factors in the decrease in the net subscriber growth. The other carriers did not perform any better either, with Sprint's net subscriber add number lowered by Wells Fargo to 20,000, and AT&T and Verizon actually losing postpaid subscribers this quarter.

Intense competition in the wireless carrier industry has negatively impacted the bottom line of the carriers. With the reduction in net subscriber growth estimates, T-Mobile is now expected to earn $7.38 billion this quarter, lower than the previous estimate of $7.42 billion. Verizon, meanwhile, is expected to post negative growth this quarter and AT&T is also likely to perform less than initially expected this quarter, with the revenue estimates of the wireless division down to $14.7 billion from the initial $15.2 billion estimate. The chase for subscribers has essentially pressured the carriers to sacrifice the average revenue per user, with revenues decreased due to removal of overage fees and data caps, and costs increased through marketing and promotion.

To cushion the impact of the intense competition in the carriers' core business, larger carriers like AT&T and Verizon have diversified to digital media and advertising. AT&T will likely merge with media giant Time Warner for $85.4 billion, giving the carrier access to media brands like HBO and CNN. Verizon, meanwhile, has been spending billions of dollars investing in digital media outlets like AOL and Yahoo. In an effort to further improve its digital media operations, Verizon recently announced that it will merge its digital media assets into an entity named Oath. Oath, according to AOL CEO Tim Armstrong, will bring together sites and services that serve more than a billion individuals.