T-Mobile will start shipping pre-ordered Galaxy S8 and Galaxy S8 Plus units on April 19, the third largest wireless carrier in the country revealed in a text sent to customers who've placed an advanced order on one of Samsung's upcoming Android flagships. While the company hasn't specifically confirmed this, it seems that its subscribers who've pre-ordered the Galaxy S8 or the Galaxy S8 Plus won't receive their new handsets ahead of schedule like some were expecting. With both smartphones slated to be officially released on April 21, it seems that anyone who pre-ordered them through T-Mobile will only receive them at launch. While the Bellevue-based company made no promises to ship pre-orders for Samsung's flagship duo early, it often did so in previous years, as was the case with the Galaxy S7 and the Galaxy S7 Edge in 2016.

Regardless, as pre-orders are starting to ship only two days before the Galaxy S8 and the Galaxy S8 Plus officially launch, it seems unlikely that most consumers will receive their orders more than a few hours before the handsets hit the market, i.e. early adopters can hope for their package to arrive on April 20 at the earliest. An example of the message T-Mobile now started sending to its customers who've pre-ordered one of Samsung's upcoming flagships can be seen below. Note that not everyone who placed an advanced order on the Galaxy S8 or the Galaxy S8 Plus through T-Mobile has yet received the message notifying them when their new product is scheduled to ship as even some early adopters are still waiting for their text to arrive, implying T-Mobile either has limited quantities of the device or a lot of people in the country ended up pre-ordering the handsets. The latter scenario seems more likely seeing how recent reports suggest the Galaxy S8 and the Galaxy S8 Plus are enjoying a better pre-order period than even their widely popular 2016 predecessors.

Both handsets are expected to be huge commercial hits that will help Samsung recoup some of the losses incurred due to the Galaxy Note 7 fiasco last fall. More details on the availability and commercial performance of the Galaxy S8 and the Galaxy S8 Plus should be revealed shortly. 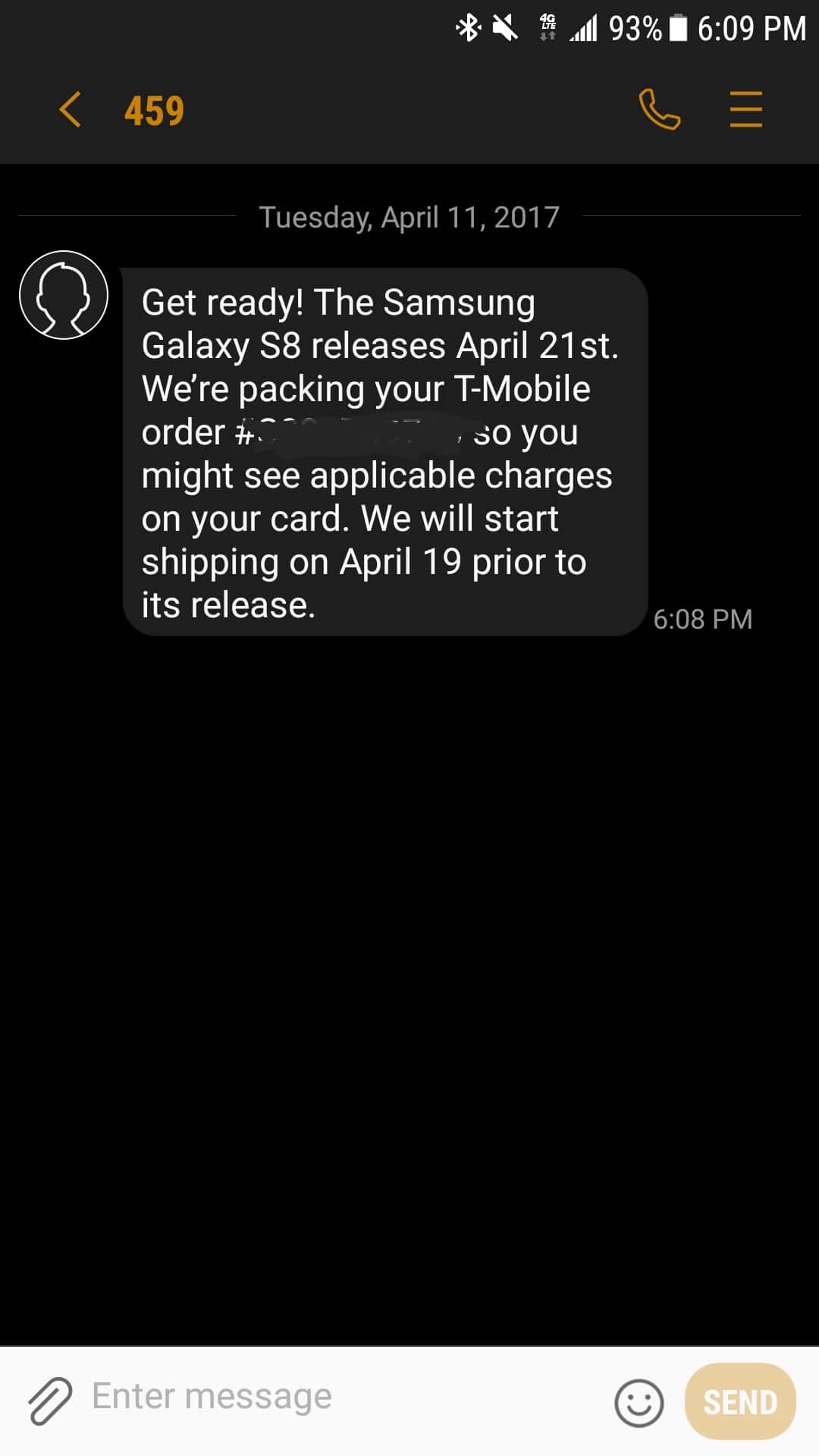