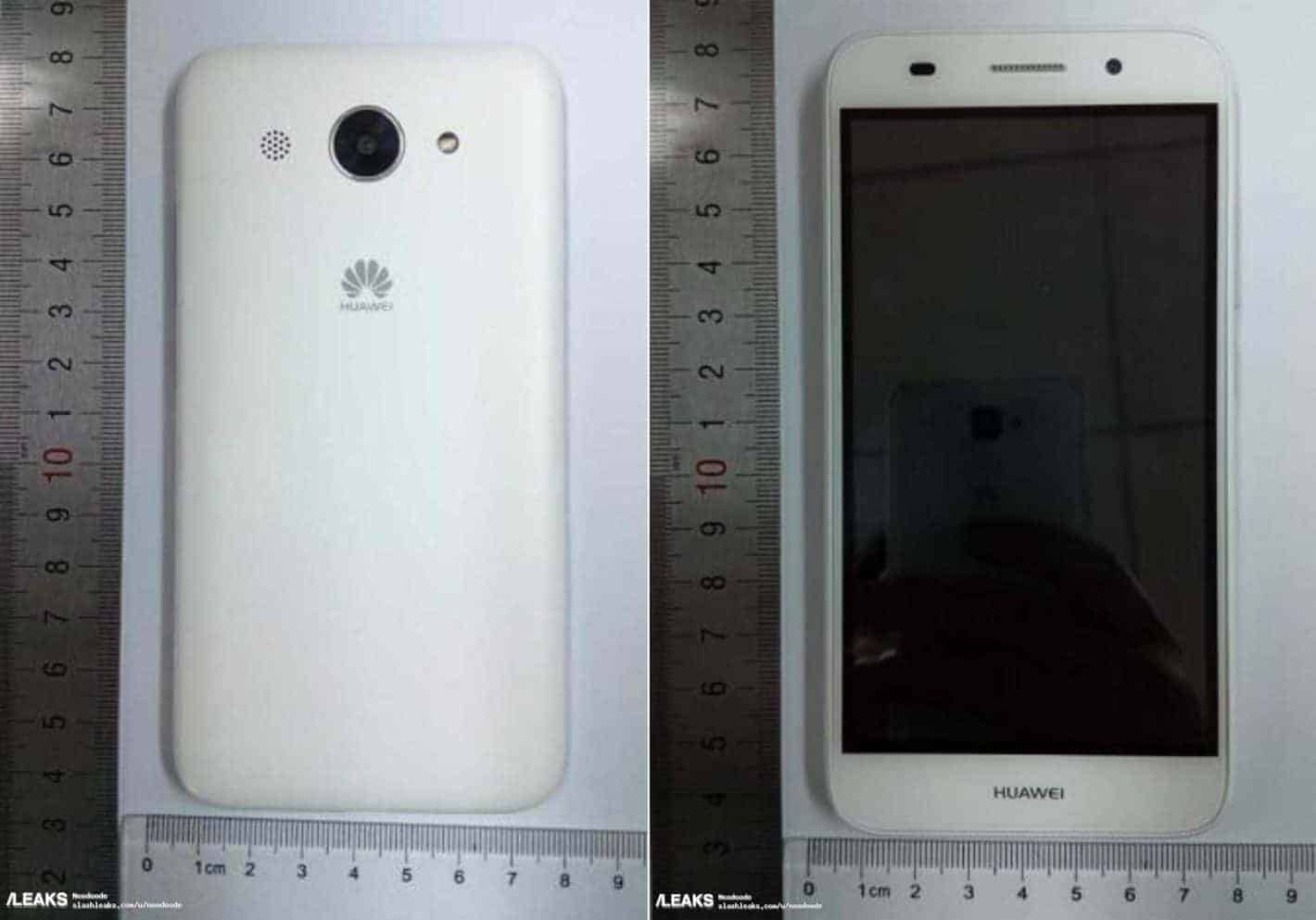 Huawei's 2017 Y3 entry-level smartphone, along with a few pages of its user manual, have made their way onto the internet, courtesy of the FCC. The device on depicted in the images below looks like an entry-level model but does sport some notable features like the 3.5mm headphone jack and the ability to handle two SIM cards, making it a great backup device for business use or for international travel. A fingerprint sensor is nowhere to be seen in this leak, and in two of the photos that show the sides, the back appears to be removable. Seeing how the last year's model featured a removable battery, and between this and the instruction manual's picture showing how to insert the MicroSD and SIM cards, it seems that this year's version will continue that tradition. Interestingly, the same manual points to two variants, one with two SIM card slots as mentioned above, and one with only one SIM card slot. This likely means that the two-slot variant will lack any slots that can accept both SIM and microSD cards.

Between the instruction manual and the leaked photos, more than a few features of the Huawei Y3 (2017) become fairly clear. For starters, the handset will seemingly feature on-screen navigation keys instead of physical ones. The charging port settled into the bottom of the device is the Micro USB variant, meaning that those who have yet to make the jump to USB Type-C will likely have some spare cables for this phone lying around. The rear camera of the device is equipped with a flash, though no other info on the thereof is currently available. The 3.5mm headphone jack is located on the top of the device, and the right side houses the volume rocker and power button, leaving the left side empty.

Specs-wise, this year's Huawei Y3 is more or less a mystery. Last year's model carried the MediaTek MT6582M processor alongside 1GB of RAM and 8GB of internal storage, while its screen featured a resolution of 480 by 854 pixels. The 2016 Y3 also had a 5-megapixel camera on its back and a 2-megapixel shooter on the front. Looking at the difference between last year's model and its predecessor, the upcoming Huawei Y3 (2017) will likely experience a slight bump in processing power, RAM, and screen resolution, along with a more recent version of Android.