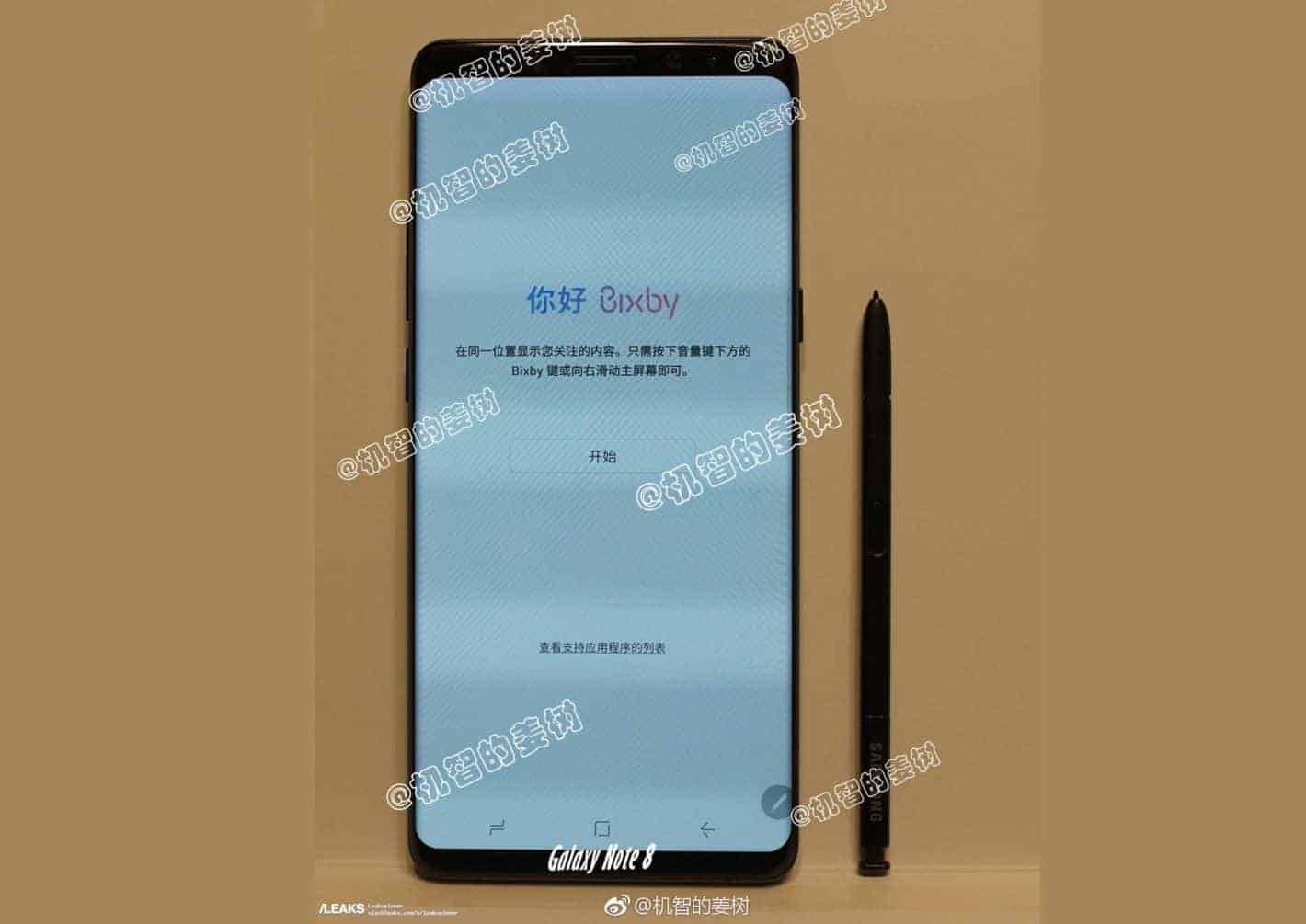 A real-life image depicting what’s said to be the upcoming Samsung Galaxy Note 8 surfaced online on Saturday, showing not only the front side of the device but also what’s supposed to be its new S Pen. No other information has been provided by the Chinese source, though the legitimacy of the photograph that you can see above is somewhat doubtful seeing how the device almost looks like a carbon copy of the recently announced Galaxy S8 Plus. While Samsung is expected to stick with its bezel-less design language and the 18.5:9 aspect ratio in the foreseeable future, the newly leaked device looks almost too similar to the Galaxy S8 and the Galaxy S8 Plus. Regardless, the design of the handset also corresponds to the one depicted in an alleged concept image of the Galaxy Note 8 that surfaced online earlier this week, though the legitimacy of that image can also be doubted for similar reasons.

Provided this truly is the Galaxy Note 8, it seems that Samsung will not only continue pursuing the design philosophy outlined above but will also equip its upcoming phablet with a new physical button that will be used for activating the Bixby artificial intelligence (AI) assistant by default. Bixby is also referenced in the newly leaked photo seeing how the device in question is shown running the Bixby app for the first time, with the Chinese writing prompting users to start using Samsung’s voice-enabled companion. In related rumors, the South Korean consumer electronics manufacturer allegedly started firmware development for the Galaxy Note 8 as the device is scheduled to enter mass production in the second half of the year.

Other reports on the Galaxy Note 8 have been scarce, though industry watchers expect the phablet to be powered by the Exynos 8895 and Qualcomm Snapdragon 835 system-on-chip (SoC) in certain territories, much like the Galaxy S8 and the Galaxy S8 Plus are. Other rumored specs include 6GB of RAM, up to 256GB of internal storage, and a possible 4K display. Just like its discontinued predecessor and the Galaxy Note 5, the Galaxy Note 8 will likely be released worldwide in August, so more details regarding the device are bound to follow soon.