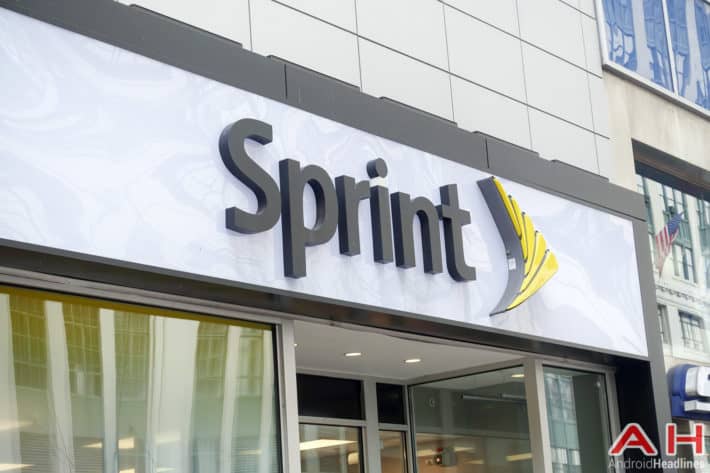 As recently as yesterday it was reported that Sprint is planning to retire its 50-off promotion in lieu of new plans and that is exactly what has now happened today. Sprint has announced that it is retiring the popular 50-off promotion that it has been running since 2015. Sprint explained the reason for this is that since 2015, the company has improved its network, expanded its customer base, and "elevated its brand." As a result, the company is now looking to reinvent the plans it has, to better suit the current needs of its customers and the wireless industry in general.

In terms of those plans, Sprint has confirmed that the overall structure of the plans they offer is being greatly simplified. In the first instance, this means doing away with tiered plans, typically known as Sprint's "Better Choice" plans. Instead, the company has confirmed that it is moving towards a more singular vision which is spearheaded by one overall 'unlimited plan.' However, while the vision revolves around 'one plan' there are various levels to that plan.

First off, for those looking for one line which comes with unlimited text, talk and data, the price will be $50 per month. For those looking to make use of a two-line plan, the price drops down to $40 per line, per month ($80 overall). More savings can be even had when four lines are activated as the price per line, per month, drops down to $30 – for unlimited text, talk, and data. Although that price is dependent on all fours lines being activated and therefore, an overall cost of $120 per month. Sprint has confirmed that the new plan will continue under the "Sprint Unlimited Freedom" banner and will be officially available starting tomorrow, April 7. In preparation for the plan switch over, Sprint's Better Choice plans come to an end tonight, on April 6. To further highlight the value that is on offer with Sprint's revised Unlimited Freedom plan, the carrier has released a brief comparison of its option versus the unlimited options offered by AT&T, T-Mobile, and Verizon – which you can check out below. You can also find out more information on Sprint's new single vision Unlimited Freedom plan by heading through the link below. 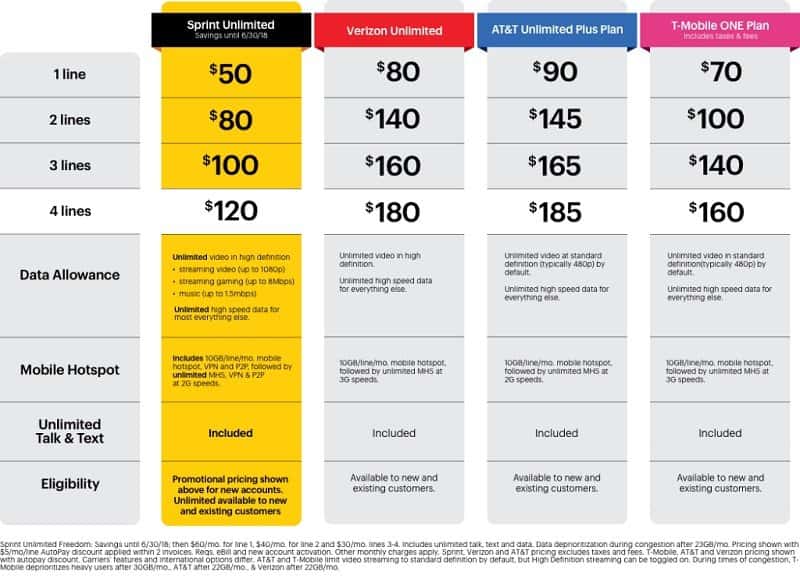