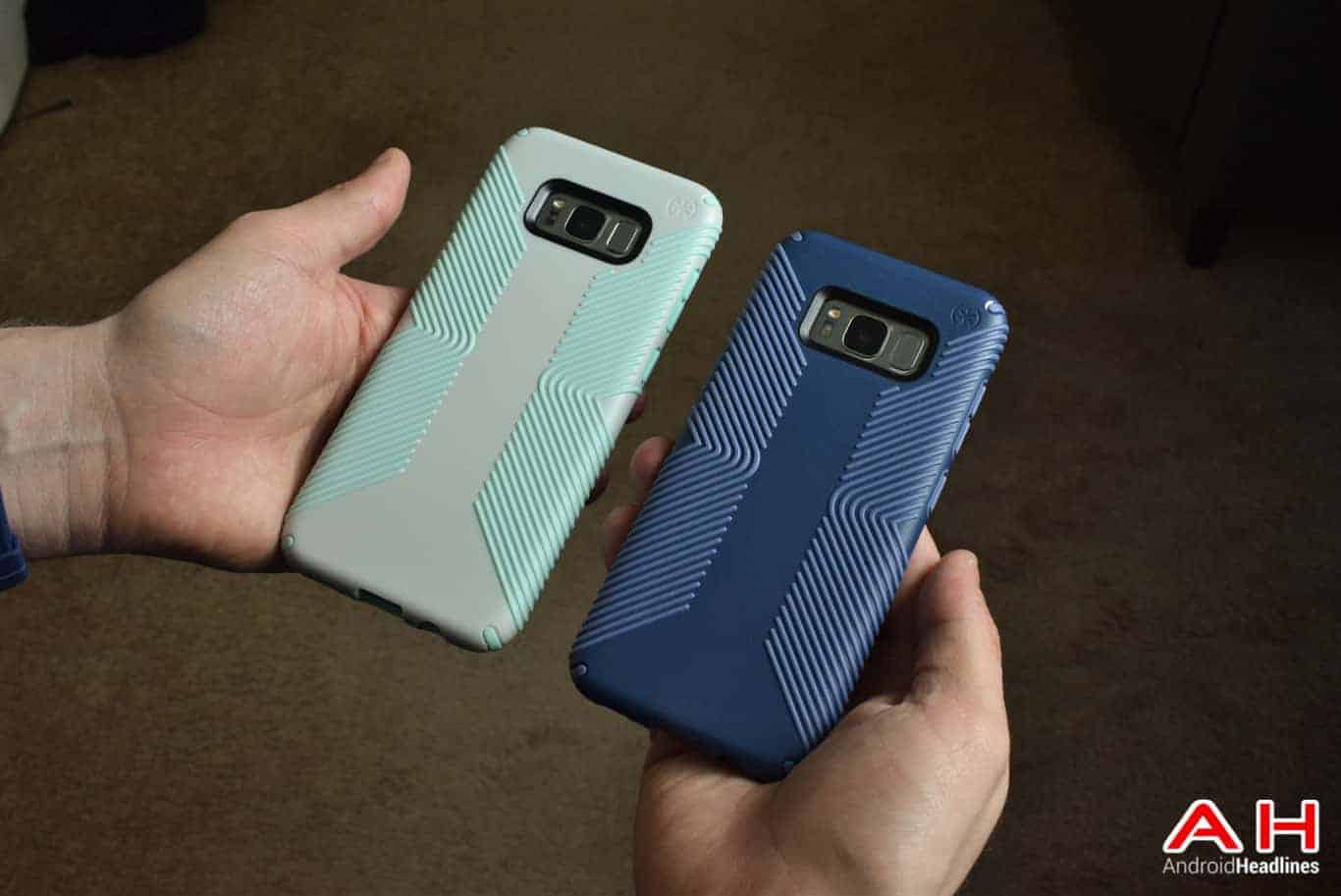 The Galaxy S8 and Galaxy S8 Plus are incredibly beautiful looking smartphones. But since they are glass, they are pretty slippery, so many people are looking for a case to slap on their Galaxy S8 so that it stays looking great. Now, when looking for a case, something that has “Grip” in the name would make you think that it has some great grip to it, and that is definitely the case when it comes to the Speck Presidio Grip case for both the Galaxy S8 and Galaxy S8 Plus. We’ve been using these cases for a few days now, so let’s talk about how good or bad they are for the Galaxy S8 family.

First up, Speck offers the Presidio Grip in a few different colors. Here we have the Marine Blue/Twilight Blue on the Galaxy S8 and the Dolphin Grey/Aloe Green for the Galaxy S8 Plus. These are available for $39.95 and $44.95 respectively, so they aren’t cheap cases, but are they still worth it? Well yes. The Presidio Grip from Speck is a great looking case (I think the Marine Blue/Twilight Blue looks the best), and it protects that display. As we found out earlier this week, the display on the Galaxy S8 and Galaxy S8 Plus are not cheap to get replaced, which isn’t surprising since no other smartphone uses these displays. Luckily these cases do protect the entire display, even the curved sides of the Galaxy S8’s display. 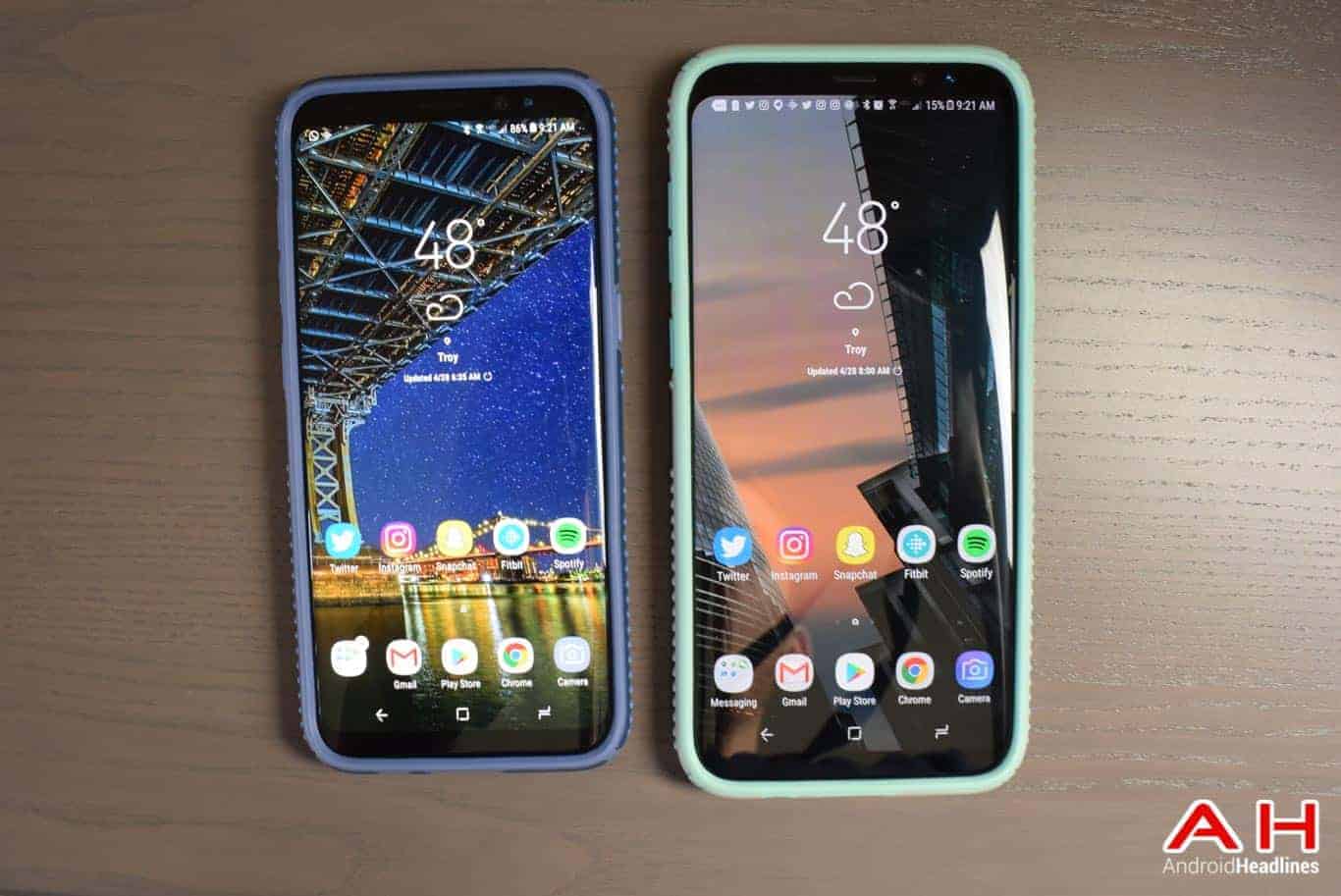 Now the Speck Presidio Grip is a pretty thick case, although still not as thick as those rugged cases, so it will make the Galaxy S8 or Galaxy S8 Plus a bit more bulky than most would like. But it does add plenty of grip to the Galaxy S8. In fact, it’s almost hard to put the phone down with this case on it. All of the usual cut outs are here, so we have one cutout on the back for the camera, flash/heart rate monitor and the fingerprint sensor. Speaking of which, accessing the heart rate monitor and fingerprint sensor is pretty easy with this case, I haven’t unintentionally touched the camera when unlocking the phone with my fingerprint yet, while using this case. So that’s a pretty good reason to pick up this case, alone. There are also cut outs at the bottom for the USB-C connector, 3.5mm headphone jack and the speaker. Up at the top, there’s one for the microphone.

Speck did not go with cutouts for the buttons on the left and right sides of the phone. Instead we have buttons which make it easy to tell which button is which, and they are pretty easy to press. In fact, since I’ve been using this phone, I have accidentally pressed the Bixby button a lot less than without a case. So that’s another good reason to pick up this case. 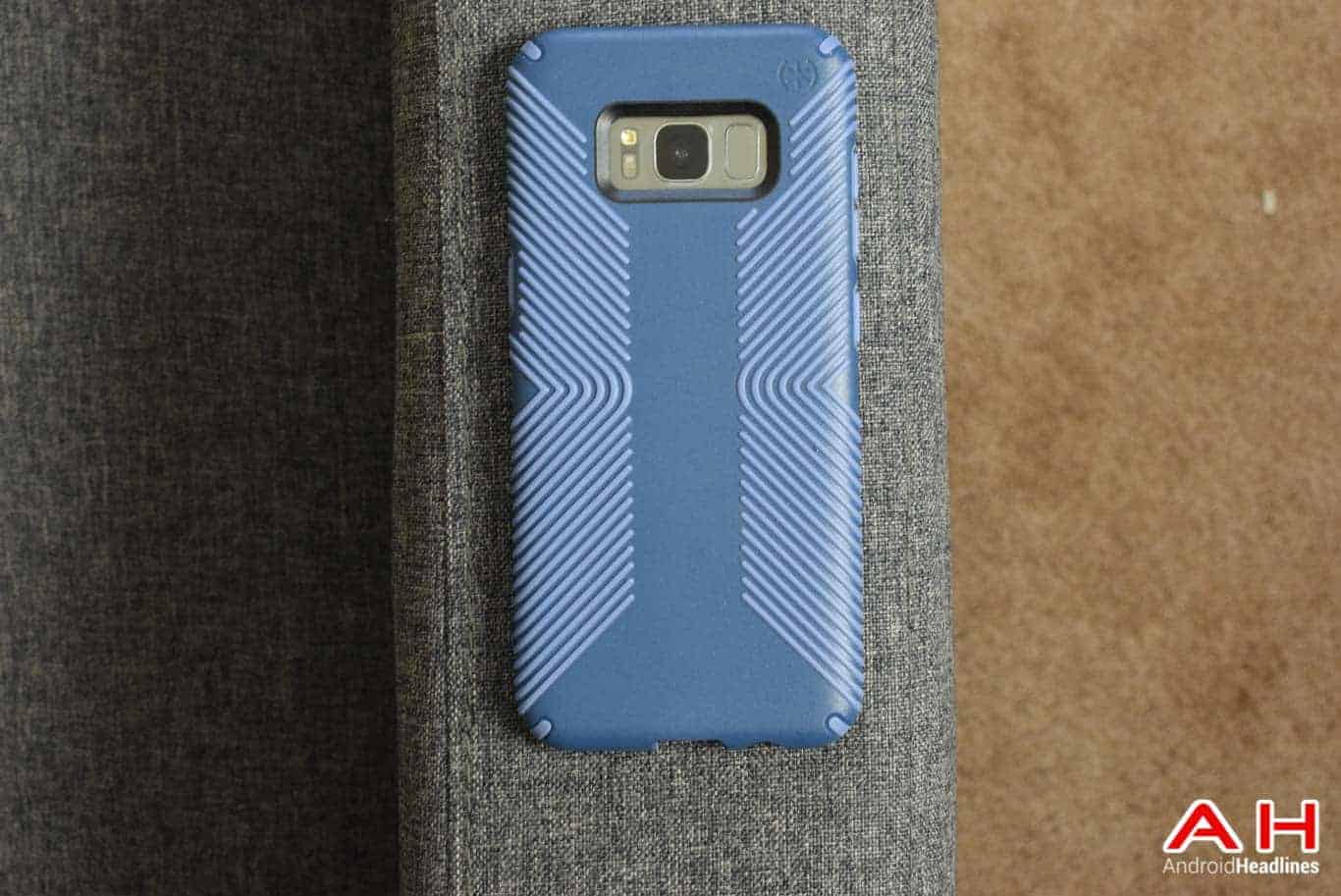 The Speck Presidio Grip case is a great looking case for the Galaxy S8 and Galaxy S8 Plus, and it’s available on Amazon for $39.95 and $44.95 respectively, they’ll likely be dropping in price pretty soon. These cases are definitely worth picking up. If not for the look, but for the added grip that they provide. When you spend this much on a smartphone, it’s a good idea to pick up a case for it, as the last thing you’d want to do is to damage the device that you just paid a fortune for. The Speck Presidio Grip is a great one to pick up. Now it doesn’t work really well in the Gear VR, but you can easily pop it off to use in the Gear VR when you do want to experience some VR. You can pick up the Speck Presidio Grip case for either the Galaxy S8 or Galaxy S8 Plus from the links below. 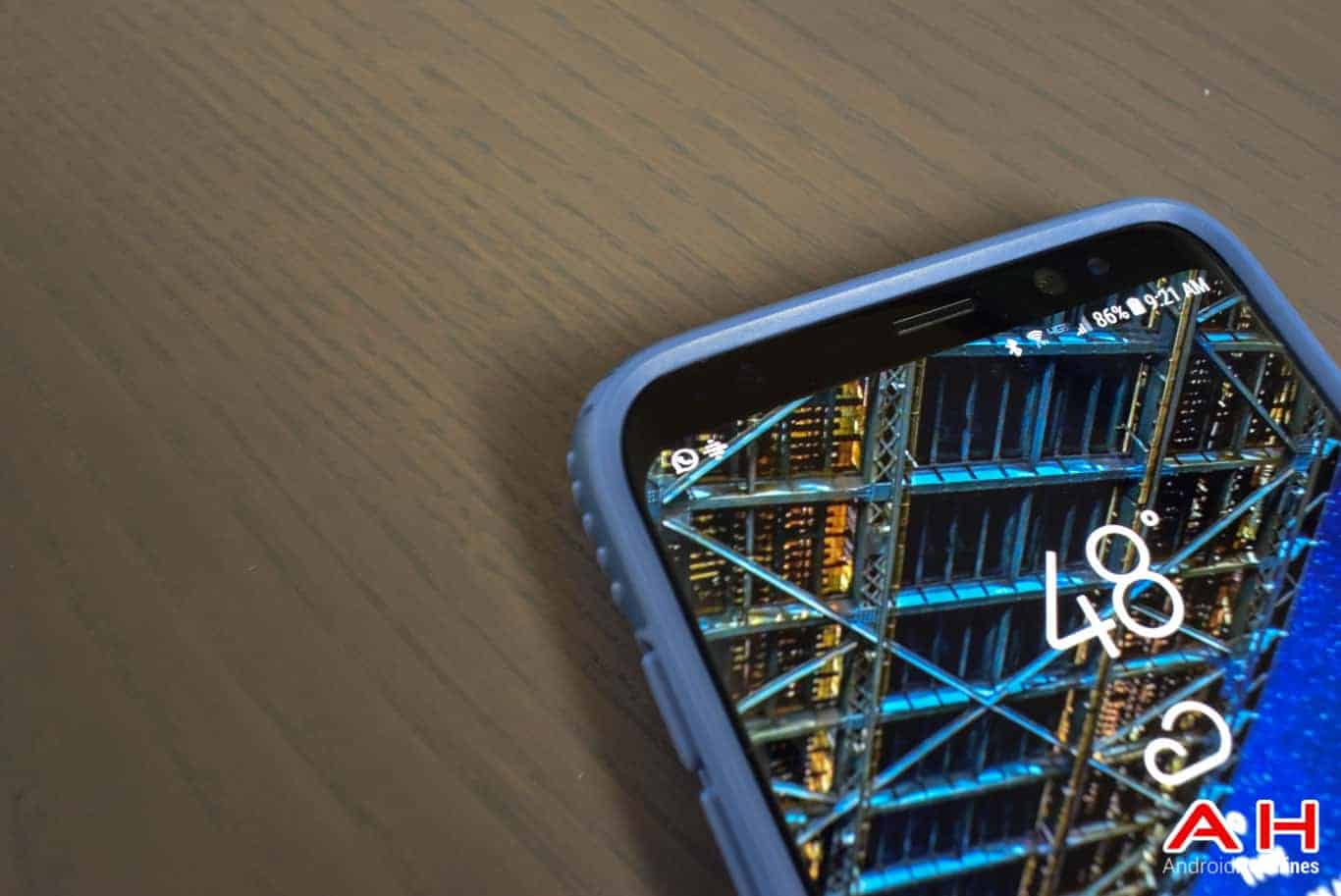 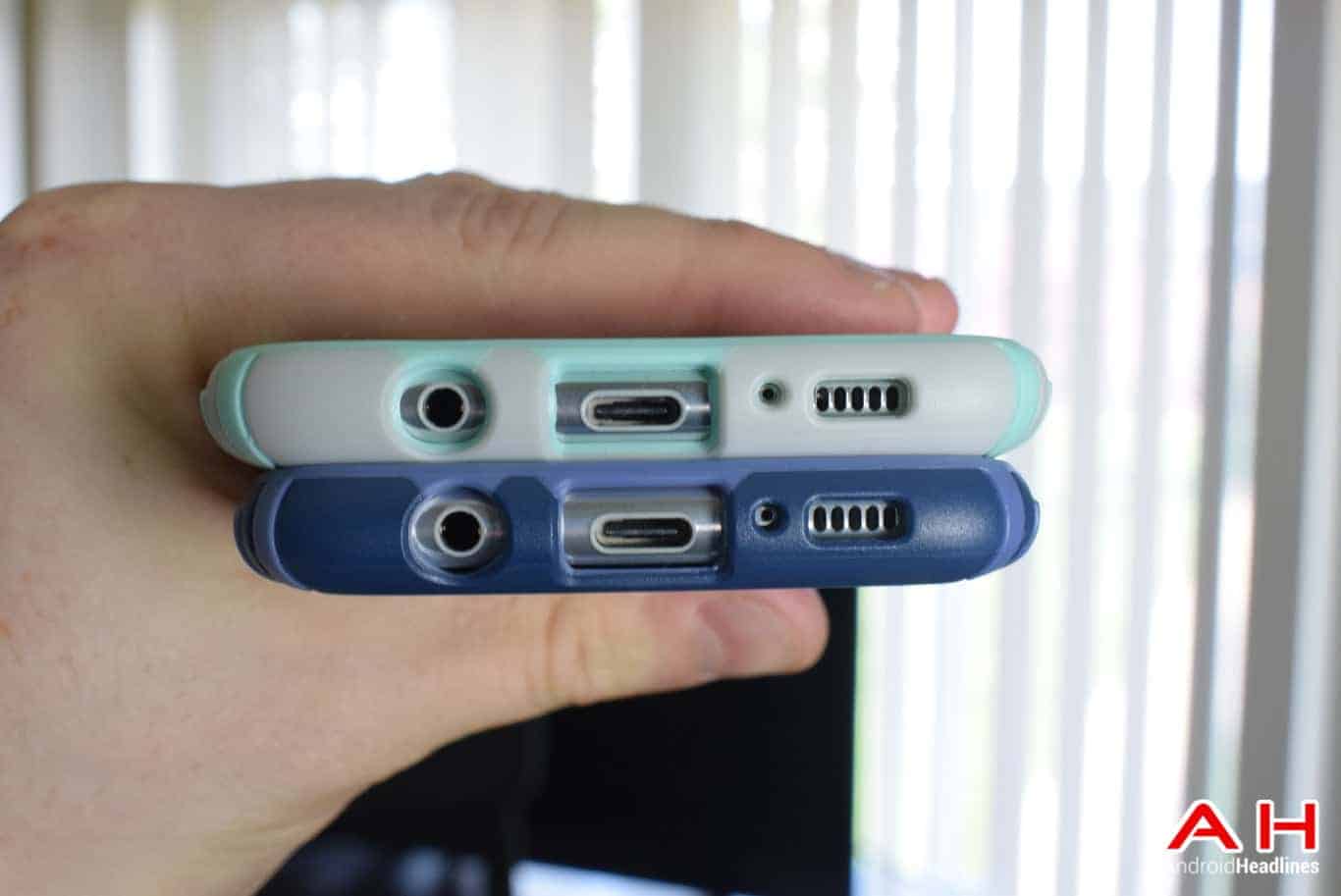 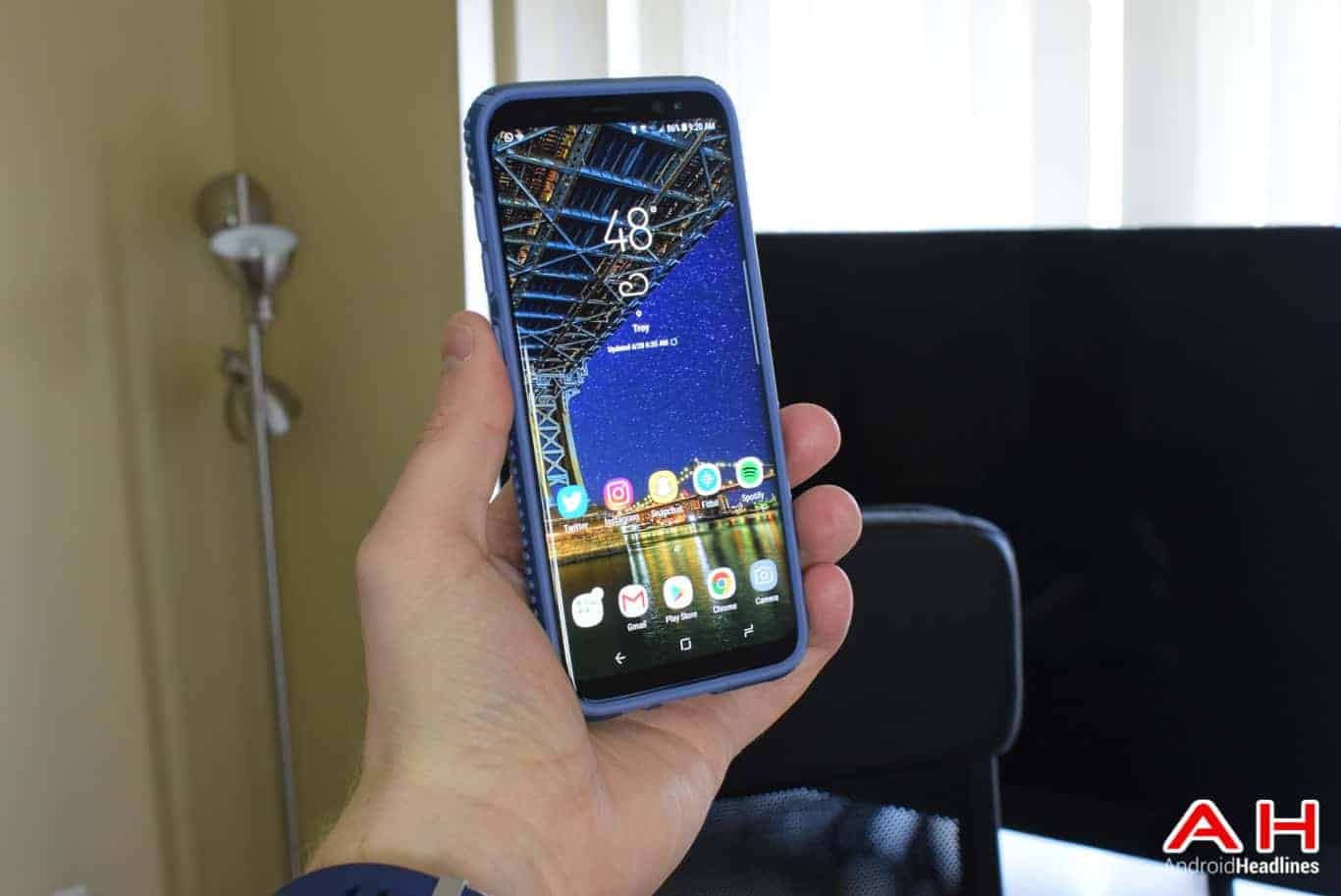 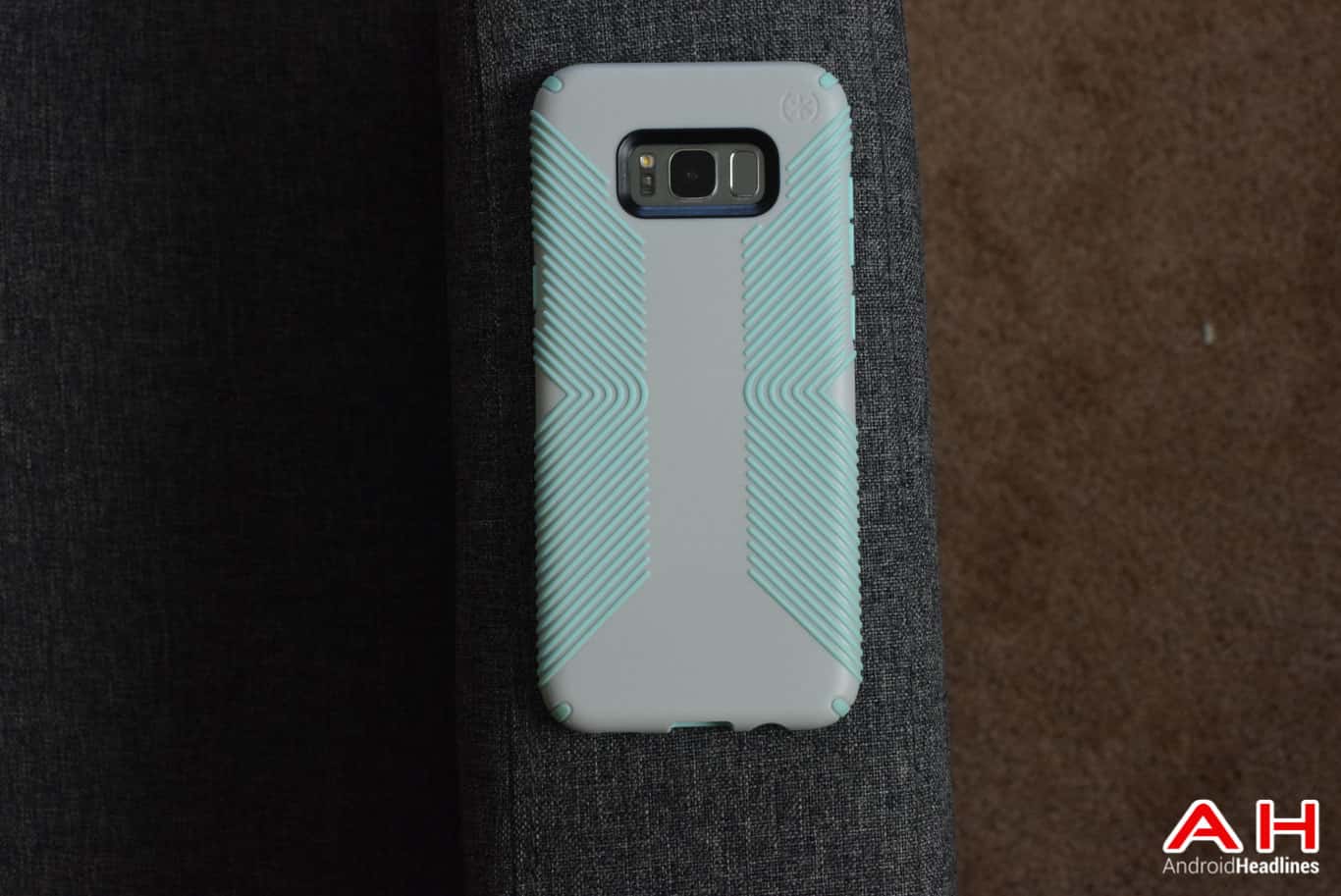 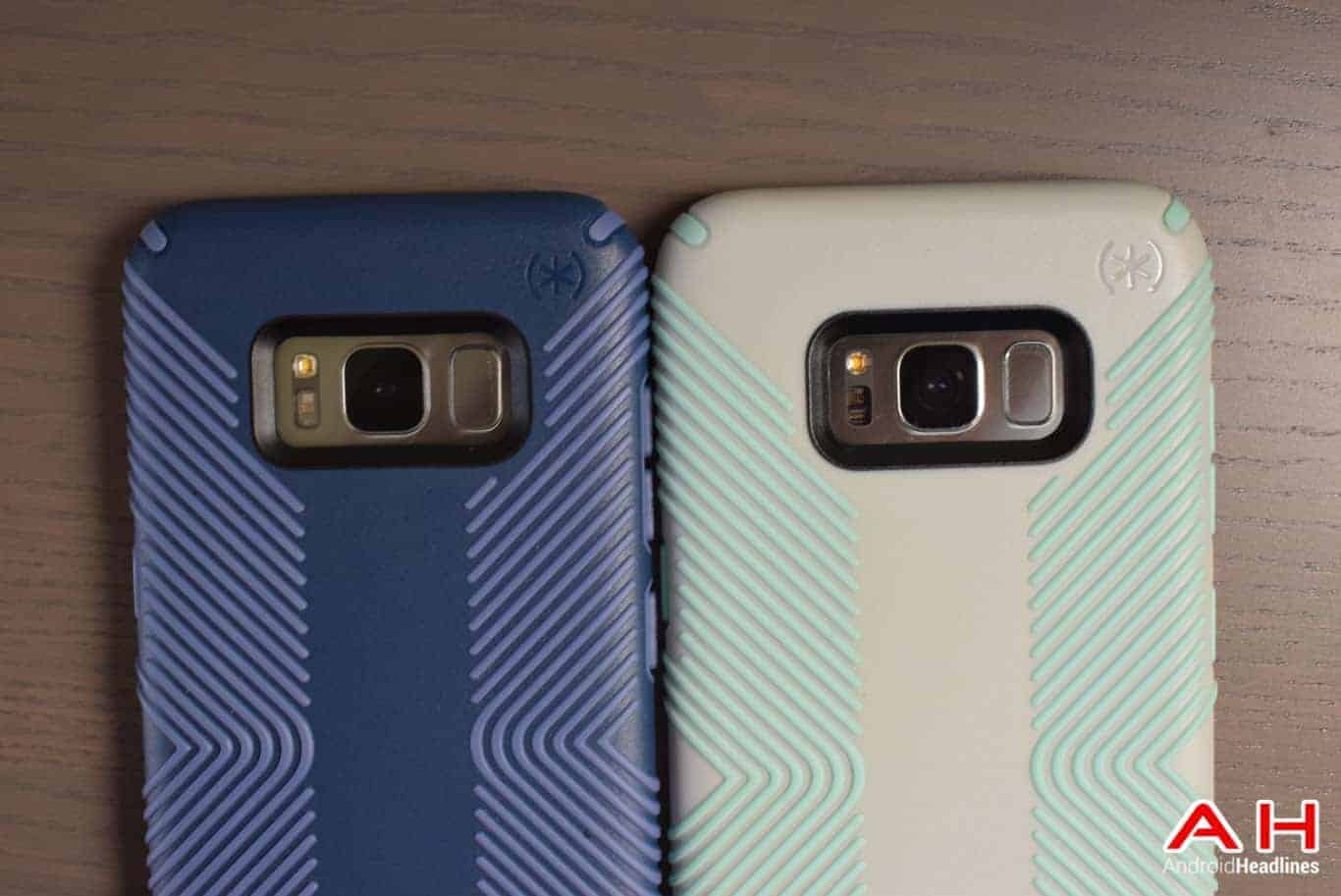 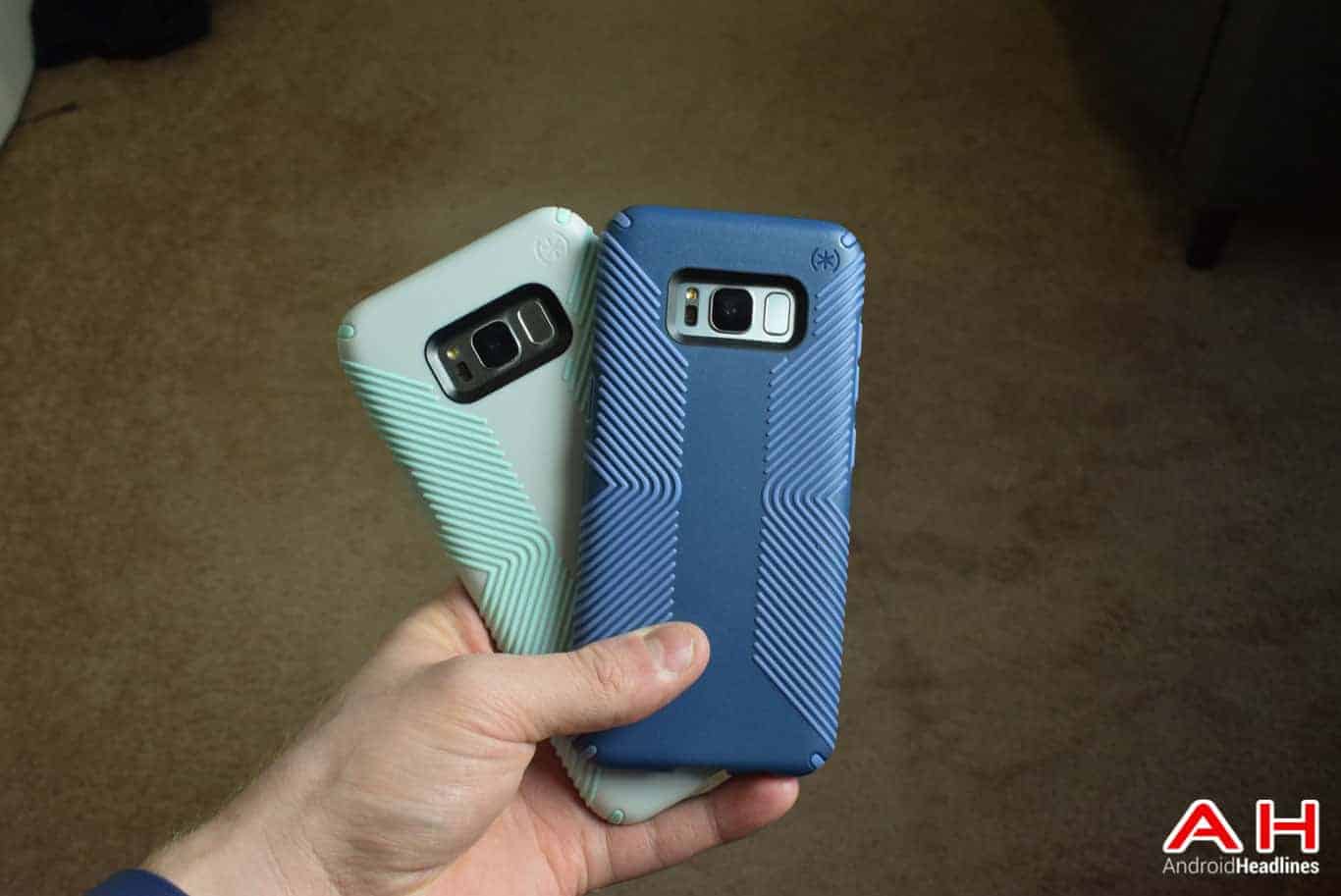