OPPO is currently the second largest smartphone manufacturer in China, it’s positioned right after Huawei, and one of their smartphones has just surfaced on GFXBench. OPPO enjoyed great success in their home country and some other regions around the world in the last couple of years, and their ‘OPPO R’ devices are amongst the most popular ones this company is selling. The OPPO R11 has just popped up on GFXBench, at least it looks like it has, read on.

The OPPO R7 and OPPO R7 Plus were the company’s most popular handsets back in 2015, while the OPPO R9 and OPPO R9 Plus took that title last year. Well, it’s time for the OPPO R11 to reign. The OPPO R6051 popped up on GFXBench, and judging by its specifications and the timing of this listing, this is almost certainly the OPPO R11. The company’s ‘OPPO R’ phones were never the most powerful handsets on the market as far as specs are concerned, but they always incorporate really powerful specs nonetheless, even though they included mid-range processors. If this listing is to be believed, the OPPO R11 will sport a 5.5-inch fullHD (1920 x 1080) display, 4GB of RAM and 64GB of native storage. The phone will be fueled by the Snapdragon 650 64-bit octa-core processor, along with the Adreno 510 GPU for graphics processing.

On the back of the OPPO R11, you’ll be able to find a 16-megapixel snapper, while a 20-megapixel shooter will be included on the phone’s front side. The company’s ‘OPPO R’ smartphones always shipped with a really powerful front-facing camera, and it seems like the same will happen with the OPPO R11. Android 7.1.1 Nougat will come pre-installed on the OPPO R11, and on top of it, you’ll be able to find the company’s custom UI.It’s also worth mentioning that a single SIM variant of the OPPO R11 surfaced on GFXBench, but chances are that a dual SIM variant will also be available. The OPPO R9 was announced back in March last year, so the OPPO R11 will probably become official before the end of this month, as the company did not release it in March, obviously. 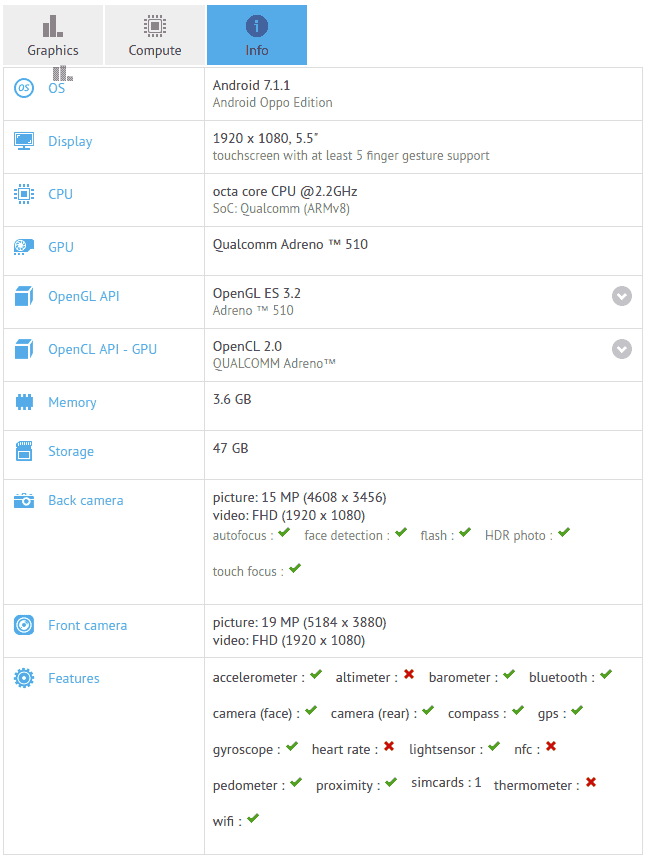