Samsung worked with speech therapists to study disorders like aphasia and come up with Wemogee to help translate the words and emoji between two users so they can have a conversation. For example, A person with aphasia could send a message inside of the Wemogee app using the series of available emoji. The app then takes those emoji and translates them into words so the person that the user with aphasia is talking to can engage in conversation, from asking a simple question to simply telling them about their day. There are around 140 phrases in the app that can be used to convey emotional expression and simple needs, though over time and with more development Samsung hopes to incorporate more phrases so conversations can be a little more complete.

While 140 phrases may not seem like much in the grand scheme of things when you compare it to how many things you can really say through traditional means of communication, it can be a lot to sift through when you’re looking for a specific response to something that was said instead of just being able to type it out or speak it. This is why Samsung has separated out and categorized all 140 phrases into six different main categories to make the right phrase for the situation, mood or feeling easier to find. The categories includes eating and drinking, everyday life, anniversaries and celebrations, help, feelings, and recreational activities. Once one of these categories is selected each specific phrase is depicted with a large panel sized thumbnail image of the emoji to make things as easy as possible for those trying to communicate. Wemogee will support both English and Italian at launch, and Samsung says it will hit the Play Store as a free app this week as they plan for it to go live on Friday, April 28th. 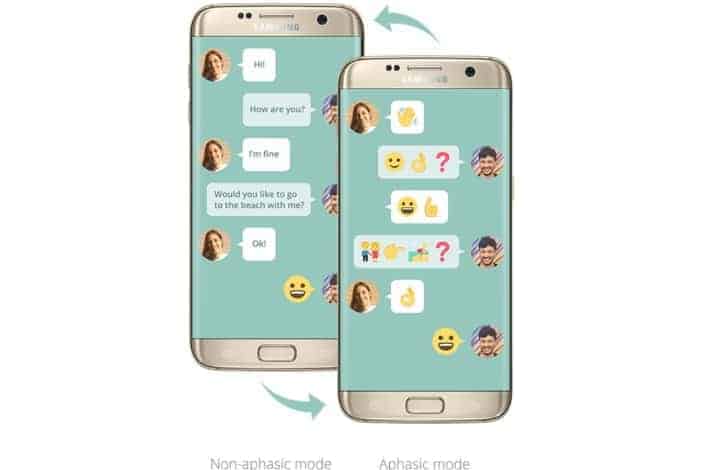