There have already been plenty of signs that a phone thought to be the new version of Samsung’s Galaxy J7 is on the way. This includes an appearance at the Federal Communications Commission (FCC) in the US. Now a further sighting at the FCC for model SM-J730FM/DS reveals that the Dual SIM version has also been approved. The filing also indicates a slightly changed design for the smartphone as the new appearance of the Dual SIM version of the phone at the FCC includes diagrams. These show slight differences for the camera area on the back of the handset. The handset depicted has the LED flash below the camera lens while the 2016 version carried the flash on the right side of the lens. Also revealed are the microUSB port and a 3.5mm audio jack on the bottom edge.

In late March the SM-J730FM received Bluetooth certification and then earlier this month the same model received FCC certification, although this was not for the Dual SIM variant. Previous to this there have also been other leaks for the next-generation Galaxy J7 pertaining to specs, renders, Wi-Fi certification, and benchmarks, although until Samsung chooses to make an official announcement, nothing has been confirmed. Leaked and rumored specs for the device so far indicate a 2.2GHz Exynos 7870 octa-core processor, 2GB of RAM, and a minimum of 16GB of internal memory. Also anticipated is a 5.5-inch display with FullHD resolution of 1920 x 1080, a 13-megapixel rear camera, and a 5-megapixel unit at the front. Many of these specifications match those of the 2016 version of the Galaxy J7. Therefore the phone is not set to be a major upgrade, which might disappoint some potential buyers.

Going by the unconfirmed specs of the mid-range smartphone, it’s expected to have a relatively affordable price although there’s no news yet on which US carriers will be offering the device. Of course, at the moment the attention is very much on the recently released flagship duo, the Samsung Galaxy S8 and Galaxy S8 Plus. However, once a device receives FCC certification a release is usually not too much further away, so there should be more news on the Samsung Galaxy J7 (2017) very soon. 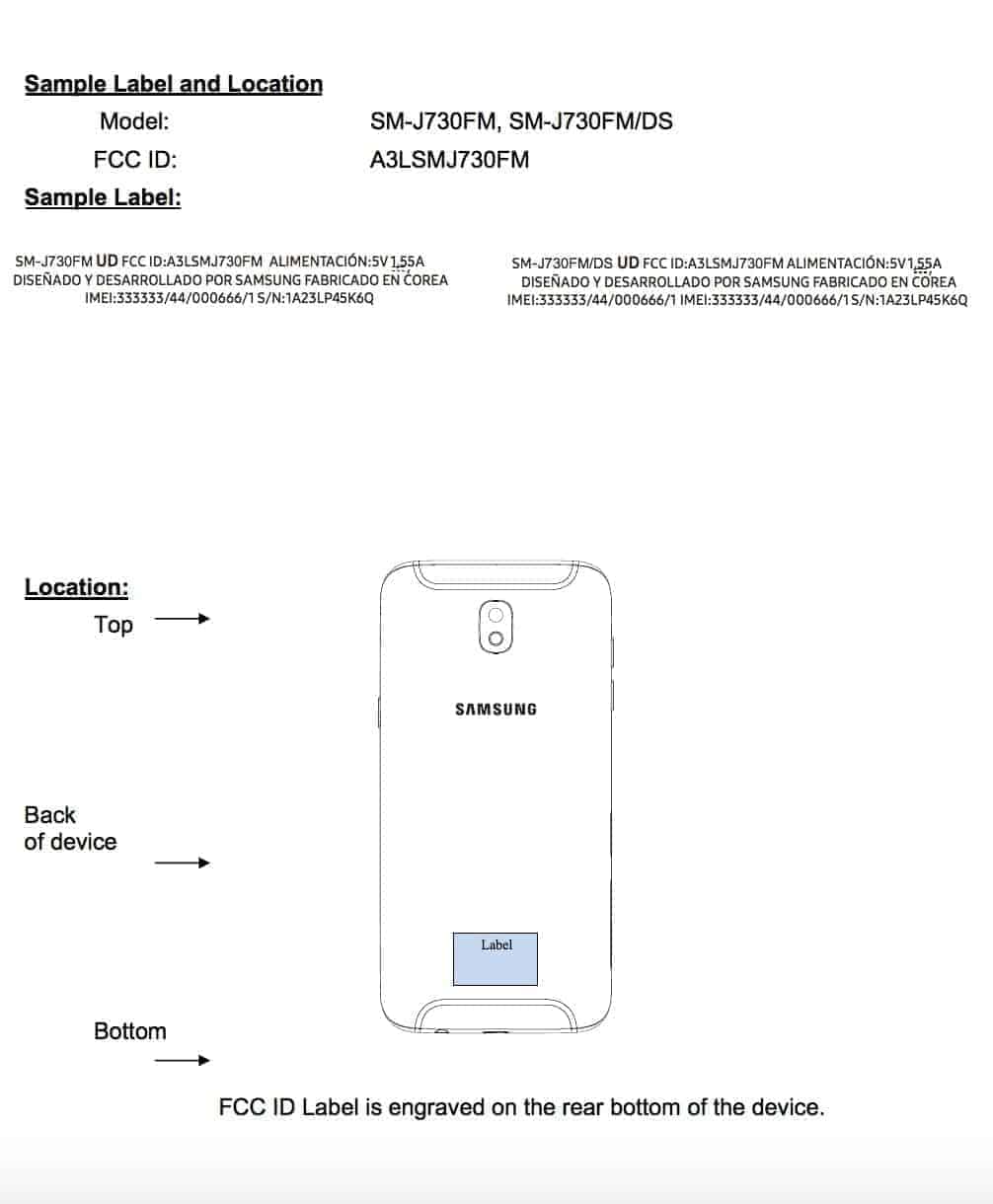