A possible Xiaomi Mi 6 codenamed “Sagit” has been recently been listed by the AnTuTu benchmark. The launch of the upcoming flagship smartphone in Beijing is said to be just around the corner, and this latest benchmark leak reveals some possible specifications of the device. The Xiaomi Sagit specs largely agree with many of the leaks and rumored specs about the Mi 6, making it even more likely that they are one and the same handset. The leaked AnTuTu listing for a device named the Xiaomi Sagit shows that it packs the Qualcomm Snapdragon 835 processor and the Adreno 540 graphics chip, a display panel with a Full HD resolution of 1920 by 1080 pixels, along with 4GB of RAM and 64GB of internal storage. Further details revealed by the listing include a 12-megapixel rear camera and an 8-megapixel front-facing camera, and the device tested by AnTuTu was apparently running Android 7.1.1 Nougat.

Earlier this month, a device said to be the Xiaomi Mi 6 turned up in the GFXBench database. Similarly, that leak suggested the device sports the Adreno 540 GPU, indicating it’s powered by the Snapdragon 835, and Full HD display resolution, but also put the diagonal of its display panel at 5.1 inches. On the other hand, the GFXBench listing claimed the phone features 6GB of RAM, though it agreed with AnTuTu regarding the handset’s internal memory. Therefore, it’s possible that Xiaomi is looking to release two variants of the Mi 6, sporting different amounts of RAM. The camera specs and Android version suggested by GFXBench both matched those listed by AnTuTu, but neither benchmark listing confirmed the version of Xiaomi’s MIUI that will ship on the Mi 6.

The Xiaomi Mi 5 was released at this point last year and has been a big hit for the Chinese company. Therefore, some high expectations are attached to the Mi 6, as well as its rumored larger counterpart, the Mi 6 Plus. Considering the number of recent reports and leaks surrounding the device, it seems Xiaomi won’t have many new details to announce once it finally unveils the Mi 6 and the Mi 6 Plus, but regardless, more information on the matter will likely follow shortly. 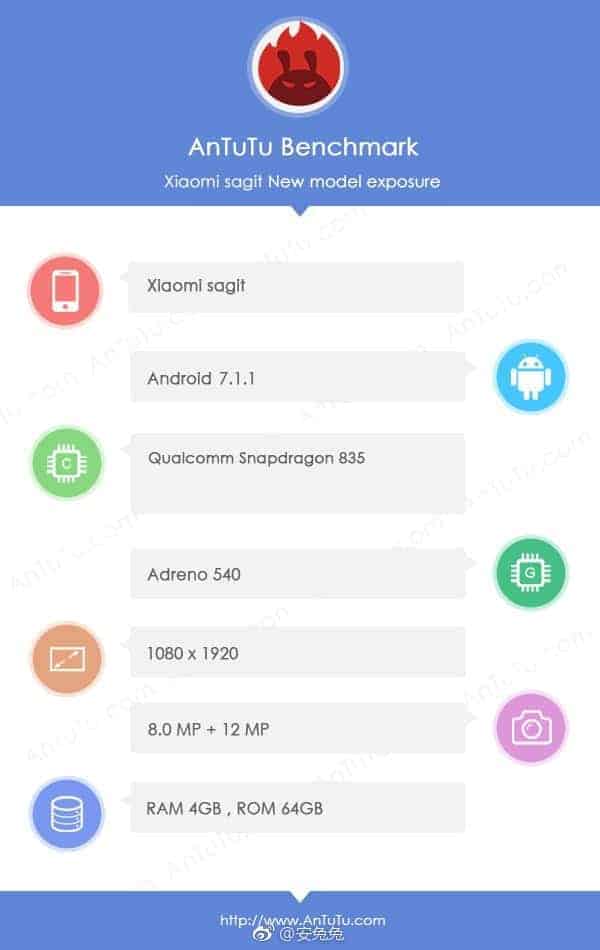