Skip to content
Advertisement
Trusted By Millions
Independent, Expert Android News You Can Trust, Since 2010
Publishing More Android Than Anyone Else
17
Today
101
This Week
545
This Month
545
This Year
118433
All Time
Advertisement Hardware specs of the upcoming Moto E4 and Moto E4 Plus have leaked out yet again. The forth-generation Moto E devices are expected to be released in the coming weeks, if the steady stream of leaks over the past few weeks is anything to go by. As has already been reported earlier, Lenovo will launch a ‘Plus’ variant of its entry-level handset, alongside the standard-issue Moto E4. According to leaked information, the Moto E4 Plus will ship with a larger display panel and more powerful hardware than its smaller sibling. While the Moto E4 is expected to ship with a 5-inch IPS screen, the Moto E4 Plus will apparently feature a 5.5-inch IPS panel. The display resolutions on both panels, however, will only be of the 720p variety, so the cheaper device will actually have a slightly sharper screen.

Earlier leaks from various sources have also suggested that the upcoming devices will ditch plastic and have a fully metallic build for the first time in the history of the Moto E line. The devices will be powered by the MediaTek MT6737M SoC, which comes with a quad-core CPU clocked at just 1.3GHz. The devices are also said to ship with only 2GB of RAM and 16GB of internal storage, although, Lenovo may launch the larger device with 3GB of RAM in some markets. In terms of cameras, the Moto E4 will reportedly ship with an 8-megapixel primary camera and a 5-megapixel selfie-cam, while the Moto E4 Plus will come with a 13-megapixel camera on the back and a 5-megapixel camera on the front.

Finally, the one significant difference between the Moto E4 and the Moto E4 Plus will be in the battery department, with the larger device expected to carry a giant 5,000mAh battery. The smaller device, meanwhile, will only have a 2,800mAh battery to keep the lights on. On the software side of things, both devices will have Android 7.1.1 Nougat pre-installed, which is certainly good news for buyers. Interestingly, some online reports also seem to suggest that the ‘Plus’ variant of the Moto E range will eventually go on to replace the Moto G Play, which was released last year as the most inexpensive handset in the Moto G lineup. 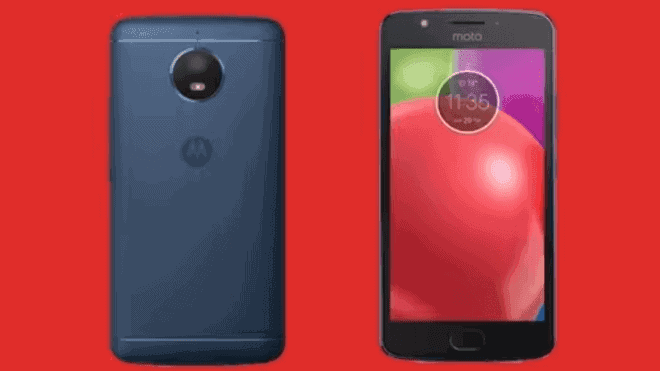