Do we have a good one for you today – the pure Android favorite, the Google Pixel XL takes on the one of the most popular smartphones, the new Samsung Galaxy S8. The Pixel XL comes to us with a polished glass and metal backing and the Galaxy S8 keeps its all glass format. The design of the two devices makes them look very different from one another. The Pixel XL has a more straightforward mobile phone look, while the Galaxy S8 with its new Infinity Display looks almost futuristic when compared to the Pixel XL. The Google Pixel XL is going after those users that want the pure Android experience in a flagship smartphone. The Samsung Galaxy S8 is going after an audience of millennials that demand the latest and greatest in a smartphone. Let’s see just what these two smartphones have in common and just how much they differ.

The Google Pixel XL and the Samsung Galaxy S8 do have a few things in common. The first would be their physical size with the Pixel XL slightly larger and weighing 13 grams more. Their displays are very close, with the Pixel XL using a 5.5-inch display and the Galaxy S8 using a 5.8-inch display. Both displays use the QHD resolution (QHD+ on the S8) and the same AMOLED technology. They both use a Snapdragon processor; although the Pixel XL is using the older SD821 model and the Galaxy S8 uses the newest SD835 and both use an Adreno GPU for graphics. They both are packing 4GB of DDR4 RAM and the Pixel XL has a 32GB or 128GB of fixed memory, while the Galaxy S8 starts at 64GB of memory that is expandable via a microSD card. Both devices offer an excellent camera area, in fact, DxOMark listed the Pixel XL camera as the best smartphone camera they have tested. They each have a fingerprint sensor to unlock the device as well as to authorize mobile payments, including Android Pay. Both devices have a non-removable battery that has rapid charge. They both have the usual suspects – WiFi, Bluetooth (v4.2 in the Pixel XL and v5.0 in the S8), GPS, NFC, and a Type-C reversible port for charging and data transfer. They also are both running Android 7.0 Nougat, although the Pixel is upgraded to 7.1.

Google rid themselves of the Nexus moniker in 2016 and introduced us to the Pixel and Pixel XL. It caused quite a stir with longtime Nexus lovers and the media. Google is trying to be more like the fruit across the aisle and create their own ecosystem that ‘nudges’ customers into buying more Google products. There is not too much differentiation between the two Pixel models – mostly just in the screen size, display resolution, and the battery. We will be looking at the Google Pixel XL because a 5.5-inch display with QHD resolution is better suited to go against the Galaxy S8. Let’s see how this newly designed Pixel XL with its polished glass and metal construction holds up to the new Galaxy S8’s all glass construction and the specifications that it brings to the table.

The Google Pixel XL sports a 5.5-inch AMOLED display with a Quad HD resolution of 2560 x 1440 pixels and a robust 531 pixels-per-inch (PPI.) It is using the Qualcomm 821 quad-core processor with a dual-core clocked at 1.6GHZ and a dual-core clocked at 2.15GHz. This is really the SD820 on ‘steroids’ and packs 10-percent better performance according to Qualcomm. It packs 4GB of DDR4 RAM and 32GB or 128GB of fast UFS 2.0 memory with no means to expand. It uses a large 3450mAh non-removable battery for power and has rapid charge capabilities.

Google put a lot of thought into the camera area on its Pixel models. The specifications on paper are not that impressive – a 12.3MP sensor for their main camera along with an aperture of f/2.0, phase detection autofocus (PDAF,) a dual-tone LED flash, and no OIS. The 8MP front-facing camera (FFC) is a nice size, comes with an f/2.0 aperture, a 1.4µm pixel size, 1080p, and offers excellent selfies and video chatting. Even with these ordinary specs, the Pixel camera was tested by DxOMark and received a score of 89 – the highest yet for a smartphone.

A rear-mounted fingerprint sensor will allow you to unlock your device or authorize mobile payments. Android Pay will be part of the package as well and it is the first smartphone to have Google Assistant built into the device. The Pixel XL measures in at 154.7 x 75.7 x 8.6mm and weighs in at 168 grams. It comes in Quite Black, Very Silver, and Really Blue (as a limited edition.) It will be running Android 7.1 Nougat out of the box. The 32GB Google Pixel XL is IP53 rated and will cost you about $770. 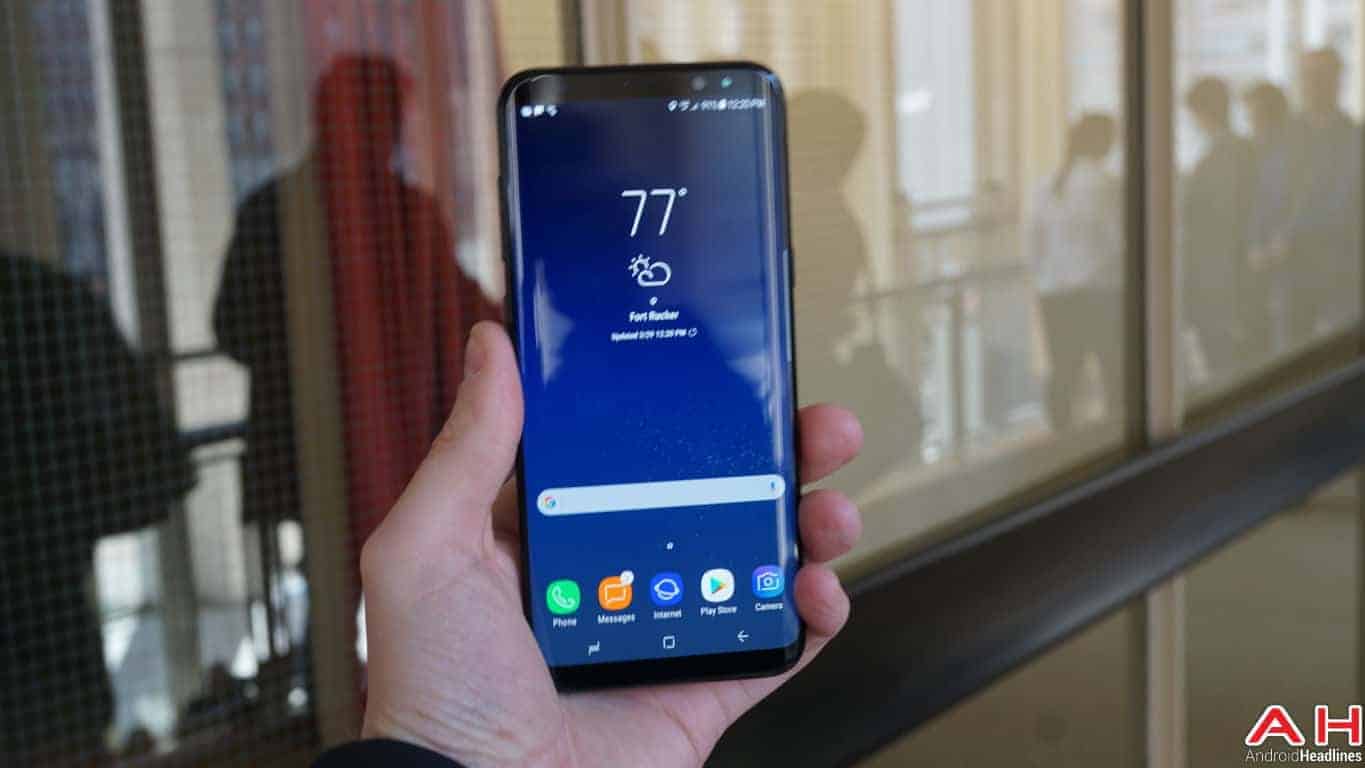 Do you remember the Samsung Galaxy S7? The new Samsung Galaxy S8 will not remind you one iota about its predecessor. The flat display is gone and in comes the new Infinity Display that effortlessly wraps around the sides of the device and into the glass back, allowing Samsung to squeeze much more display into a smaller area. The physical ‘Home’ button, a longtime staple on a Samsung device, is gone and replaced with an on-screen key. The lower part of the display has 3D Touch capabilities and when pressed, the ‘Home’ as well as the ‘Back’ and ‘App’ keys magically appear on the lower part of the display. Although the fingerprint sensor is now on the back, inconveniently located near the camera lens, Samsung gives us easier ways to unlock the device – facial recognition and an iris scanner. The new Galaxy S8 is one sexy device, even more so than the ‘Edge’ display. But what kind of specs does it supply us with and while we know it has enough beauty, does it have enough beast in it to topple the Google Pixel XL.

The Galaxy S8 has a much larger 5.8-inch Infinity Display compared to the 5.1-inch display on the Galaxy S7. It comes with a Super AMOLED QHD+ display and a resolution of 2960 x 1440 pixels and 570 PPI. Samsung set the default resolution to 2220 x 1080 to conserve battery life, but it can be manually turned up to the maximum resolution through the settings. The display uses an 18.5:9 aspect ratio that makes it taller and slightly narrower because it truly does go edge-to-edge taking up 83.6-percent of the front of the phone. Samsung kept the excellent ‘always-on’ screen to help save battery life and to make it easier and quicker to check notifications. Corning Gorilla Glass 5 protects the display and back of the device. Samsung put in the newest Qualcomm Snapdragon 835 octa-core processor, the first to use the 10nm technology and clocked it at 2.35GHz. An Adreno 540 GPU rounds out the models destined for the US. In other countries, the Galaxy S8 will use Samsung’s Exynos 8895 octa-core 10nm processor with four cores clocked at 1.7GHz and four cores clocked at 2.3GHz. The Galaxy S8 packs 4GB of DDR4 RAM and has 64GB of the faster UFS 2.1 expandable memory via a microSD card.

It was a little surprising that Samsung used the same camera from the Galaxy S7 with a Dual Pixel 12MP sensor as Samsung decided to concentrate on making advancements to their imaging software. The Galaxy S8 even uses same f/1.7 (one of the largest apertures in a smartphone camera), a 26mm lens, PDAF, LED flash, auto HDR and OIS. Samsung did make some changes to the FFC. They enlarged it from a 5MP to an 8MP sensor and added its own autofocus while retaining its wide-angle lens, the same f/1.7 aperture, and Live HDR. So far, tests show the Galaxy S8 to produce excellent photos. Samsung also kept the same sized non-removable 3000mAh battery that features Quick Charge and still offers Quick Wireless Charging.

Samsung always has included many extras on its flagship, some more useful than others, and the Galaxy S8 is no exception. It has an IP68 rating against dust and water and Samsung’s new Bixby personal assistant works a lot like Google Assistant. Bixby involves the camera as well to answer your questions – point it at a historical building and you will get the history of the place or aim it at a sign in a foreign language, and Bixby will translate it for you. The Galaxy S8 still sports a heart rate monitor and oxygen saturation sensor. Samsung’s S-Health is replaced by Samsung Health and a new Samsung Connect feature to tie together Samsung’s appliances, SmartTVs, thermostats and other IoT (Internet of Things). Samsung’s has another new feature called a DeX Station that will interface the Galaxy S8 with a monitor, keyboard, and mouse for a near desktop experience. The Galaxy S8 can use both Android Pay as well as Samsung Pay, which allows Galaxy S8 users more freedom to make mobile purchases just about anywhere a merchant can swipe a credit or debit card. The Galaxy S8 will come with Android Nougat 7.0, followed by a quick upgrade, or it may possibly include 7.1 by release time. It measures 148.9 x 68.1 x 8.0 mm, weighs in at 155 grams, is available in Midnight Black, Orchid Gray, Arctic Silver, Coral Blue, and Maple Gold depending where you are located. The Galaxy S8 will cost about $720 outright and is now available for pre-order to be delivered no later than April 21. 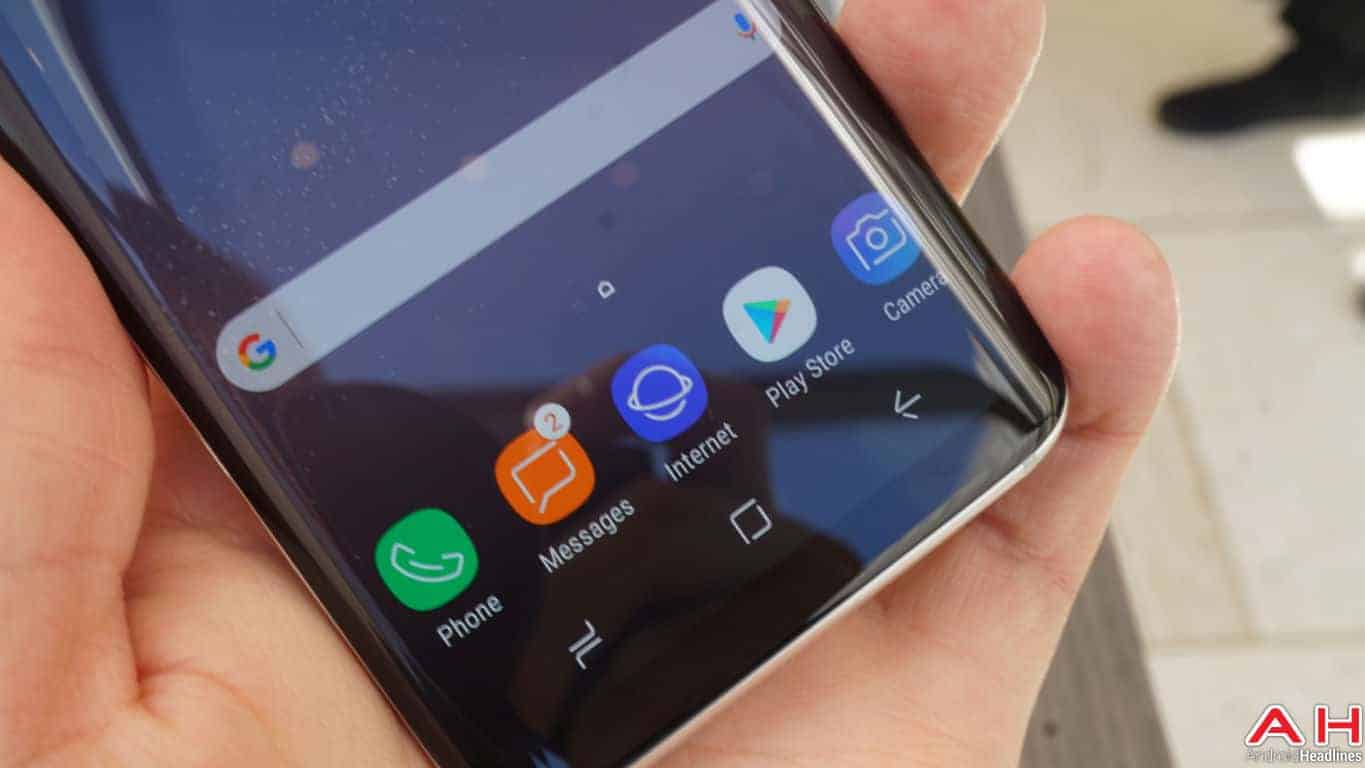 The pure Android users will probably disagree with me, but the Galaxy S8 is the hands down winner of this comparison. It has a better design than the Google Pixel there just is no comparison in that department. A part of those great looks comes from the larger Infinity Display, yet it is in a smaller body than the Pixel XL. Getting past the subjective ‘looks’ component, the specs are much better as well. Let’s start with the processor – the SD835 has so many new features and improvements over the SD821, not to mention the improved Adreno 540. The Galaxy S8 has more base memory and the ability to expand that memory and it has Hi-Res audio for a better listening experience through your earbuds. It has newer Bluetooth, it is IP68 certified, offers wireless charging, a heart rate monitor, and an oxygen saturation sensor. The Galaxy S8 gives better security with its iris scanner and facial recognition, and expands places you can make purchases via Samsung Pay.

The Google Pixel XL is an excellent smartphone and will always receive its software upgrades faster than other devices. It also gives you access to Google Assistant, if you are interested in Google Home, etc. The Pixel XL does have a larger battery, but with quick charge and the Galaxy S8’s more efficient SD835 processor, we doubt you will notice any difference. To top it all off, these two devices will cost you about the same at the cash register – in fact, there are many freebies and discounts already on the Galaxy S8. The Galaxy S8 simply offers more bang for your buck, and looks marvelous while doing it.