Do we have a good one for you today – the pure Android favorite, the Google Pixel XL takes on the one of the newest smartphones, the LG G6. The Pixel XL comes to us with a polished glass and metal backing and the LG G6 introduces its new all glass format with a metal frame. The design of these two devices shows the aging of the Google Pixel XL that has a more straightforward mobile phone look with larger bezels all around. The LG G6 looks much more modern when compared to the Pixel XL with very small bezels giving it a sleeker look. The Google Pixel XL is trying to attract those users that want the pure Android experience in their software, along with the fastest updates possible. The LG G6 is going after an audience of millennials that demand a more up-to-date technology and design in a smartphone. Let’s see just what these two smartphones have in common and just how much they differ.

The Google Pixel XL and the LG G6 do have a few things in common. The first would be their physical size with the Pixel XL slightly larger and weighing 5 grams more than the LG G6 even though the Pixel XL is using the smaller 5.5-inch display versus the 5.7-inch display on the LG G6. Both displays use the QHD resolution (QHD+ on the G6) but a different display technology. They both use the same Snapdragon 821 processor and the same 530 Adreno GPU for graphics. They both are packing 4GB of DDR4 RAM and 32GB of internal memory, while the LG G6’s is expandable via a microSD card and the Pixel XL has a fixed 128GB option. Both devices offer an excellent camera area, with DxOMark listing the Pixel XL camera as the best smartphone camera they tested last year. They each have a rear-mounted fingerprint sensor to unlock the device as well as to authorize mobile payments, including Android Pay. Both devices have a large, non-removable battery that has rapid charge capabilities. They both have the usual suspects – WiFi, Bluetooth v4.2, GPS, NFC, and a reversible Type-C port for charging and data transfer. They also are both running Android 7.0 Nougat, although the Pixel is upgraded to 7.1.

Google caused quite a stir with longtime Nexus lovers and the techno geeks when they dropped the Nexus name last year in favor of the new Pixel. Google wants their own ecosystem that ‘nudges’ customers into buying more Google products, you know, like the ‘fruit’ across the aisle. The two Pixel models are very similar with the exception of the screen size, display resolution, and the battery size. We will be looking at the Google Pixel XL because its 5.5-inch display with the QHD resolution is better suited to go against the LG G6. Let’s see how Google’s Pixel XL (made by HTC) with its polished glass and metal construction holds up to the new LG G6’s all glass construction and the specifications that each brings to the table.

The Google Pixel XL sports a 5.5-inch AMOLED display with a Quad HD resolution of 2560 x 1440 pixels and 531 pixels-per-inch (PPI.) It uses the Qualcomm 821 quad-core processor with a dual-core clocked at 1.6GHZ and a dual-core clocked at 2.15GHz. This is really the SD820 ‘jacked up’ and packs an extra 10-percent faster performance according to Qualcomm. It packs 4GB of DDR4 RAM and 32GB or 128GB of fast UFS 2.0 memory with no means to expand. It uses a large 3450mAh non-removable battery for power and has rapid charge capabilities.

Google did take the time to include a great camera in both models. Really, the specifications on paper are not that impressive – a 12.3MP sensor for their main camera along with an aperture of f/2.0, phase detection autofocus (PDAF,) a dual-tone LED flash, and no OIS. The large 8MP front-facing camera (FFC) is a nice size and comes with an f/2.0 aperture, a 1.4µm pixel size, 1080p, and offers excellent selfies and video chatting. However, even with these ordinary specs, the Pixel camera was tested by DxOMark and received a score of 89 – the highest yet for a smartphone.

Google put the fingerprint sensor on the back of the device that will allow you to unlock your device or authorize mobile payments, including Android Pay. With the fingerprint sensor on the back, it is surprising that Google used such large bezels on the front of the device. The Pixel series are the first smartphones to have Google Assistant built into the device, although LG had the foresight to include it on their G6. The Pixel XL measures in at 154.7 x 75.7 x 8.6mm and weighs in at 168 grams. It comes in Quite Black, Very Silver, and Really Blue (as a limited edition.) It will be running Android 7.1 Nougat out of the box. The 32GB Google Pixel XL is IP53 rated for splash resistance and will cost you about $770.

LG broke some exciting news last year that the LG G5 would be a modular device capable of removing the insides to replace the battery or to insert a new module. However, due poor execution, sales were nowhere what they were hoping. LG quickly threw out the idea when they designed the new LG G6, leaving many LG G5 owners without any new modules that supported the G5 design. The LG G6 did away with the LG G5’s unpopular painted metal and modular body for a new sleek, all glass design with smaller bezels. The new design is also causing some controversy – this new design allowed it to gain an IP68 certification, but did away with one of LG’s most beloved features – the removable battery. LG did increase the battery size from 2800mAh to 3300mAh and gave it standard wireless charging to help make up for the non-removable battery. LG redesigned the display area by increasing it from 5.3-inches to 5.7-inches and then gave it an 18:9 screen ratio that makes it slightly taller and narrower to better watch videos, movies, and games. LG also did some updates with the camera, and while they kept the dual cameras, they changed their megapixels. Because of the smaller bezels, LG had to keep the fingerprint sensor on the back of the device. Let’s see if LG did enough to their LG G6 and see just how it holds up to the Google Pixel XL.

The LG G6 now sports a larger 5.7-inch IPS LCD QHD+ display with a new 18:9 screen ratio making the display slightly taller and narrower, allowing more display in a smaller area. LG went the route of the ‘always on’ feature to save battery life on the LG, in contrast to their LG V20 that uses a second display. The resolution comes in at 2880 x 1440 pixels with an impressive 564 PPI and is now Dolby Vision/HDR10 compliant. This ratio gives the user two perfect squares for on-screen multi-tasking and a more natural theater-like view when watching movies. Due to the SD835 processor’s availability issues, it may turn out to be a wise move that LG chose the 2016 Qualcomm Snapdragon 821 quad-core processor over the SD835. It has dual cores clocked at 1.6GHz and another dual-core clocked at 2.35GHz. The SD821 should increased speeds up to 10-percent over the SD820 used in the LG G5. That processor uses the same Adreno 530 GPU for graphics found in the LG G5. The LG G6 packs the same 4GB of DDR4 RAM and 32GB of internal memory that is expandable to 2TB via a microUSB card.

It is no secret that LG is into dual cameras – just look at the LG V10, V20, G5, and now the G6. The LG G6 carries over the dual cameras from the LG G5, however, they did change the megapixels of both cameras to the same 13MP sensor on both the primary and secondary camera. The LG G6’s primary shooter comes with an f/1.8 aperture, PDAF, OIS, and dual-tone LED flash for normal picture taking. The second 13MP camera has an ultra-wide-angle lens for capturing a wider group shot or a landscape picture. The secondary lens comes with a fixed focus and an f/2.4 aperture. LG lowered the FFC from an 8MP to a 5MP and gave it an f/2.4 aperture for selfies and video chatting. The battery size increased from a removable 2800mAh to a non-removable 3300mAh with Quick Charge 3.0 and standard wireless charging due to the glass backing on the G6.

With such small bezels, LG kept the fingerprint sensor on the back of the device, and LG kept the fingerprint sensors as an on/off switch. LG G6 did away with its perennial IR Blaster, but kept the FM radio around in certain markets. The LG G6 is the first non-Google smartphone to include Google Assistant into the device, so if you are into the Google ecosystem, you can use your LG G6 to communicate with Google Home and Chromecast. The LG G6 measures 148.9 x 71.9 x 7.9 mm, weighs in at 163 grams and comes in Mystic White, Astro Black, or Ice Platinum. The device is available on all the leading carriers for about $700 for the 32GB model. 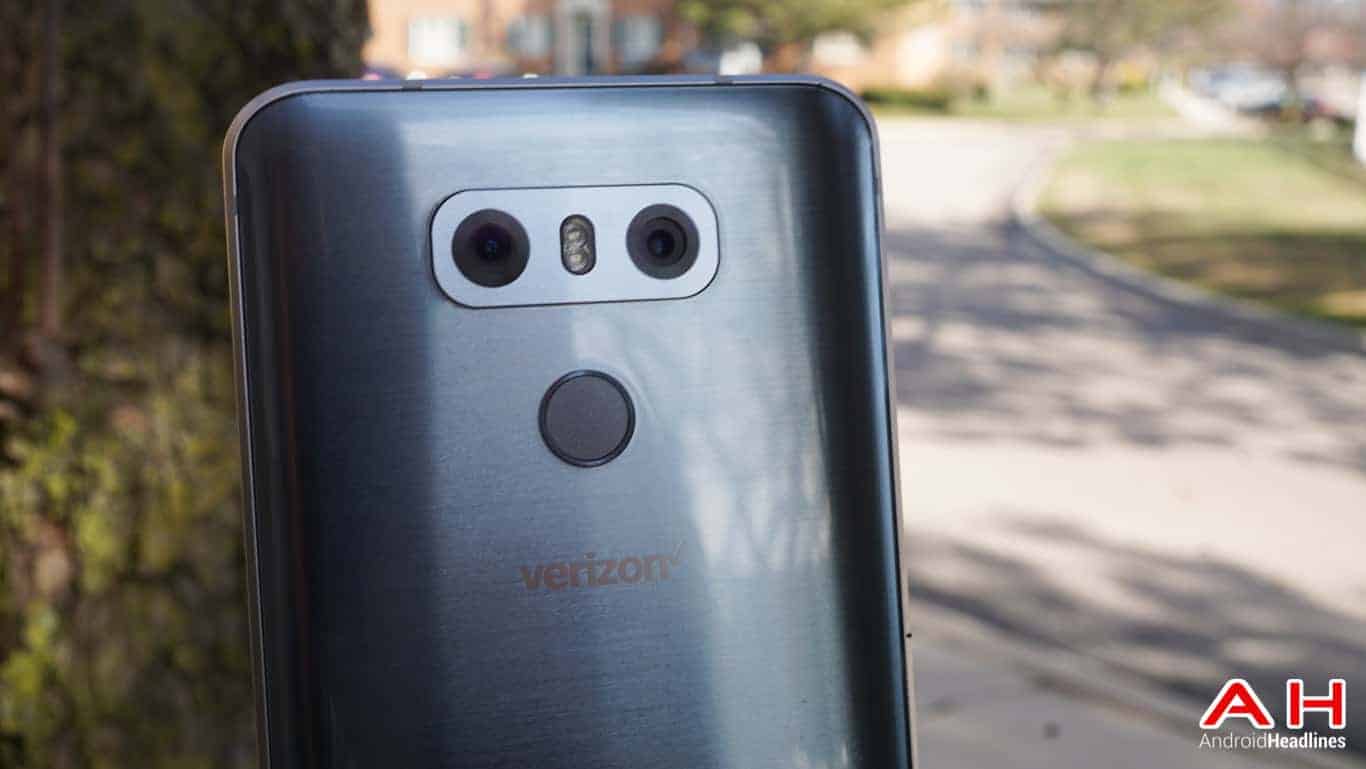 This was another tough decision to make – do I go for the pure vanilla experience and fast upgrades of the Google Pixel or go for the larger display in a smaller exterior with the LG G6. I picked the LG G6 as the winner of this comparison, not so much because it is technically superior – they have the same processor and GPU – but because of the few extras it adds that the Google XL just does not offer.

The Google Pixel XL is a fine device, but for the price of $770, it just does not seem worth that kind of money. Where is the IP68 certification, where is the always-on display, where is the Hi-Res audio, where is the memory expansion, and where are the small bezels. In that price category, it seems Google took no extra steps to beef up its features.

The LG G6 may not run vanilla Android, which many consumers do not like, but it is a better-looking device, has the 18:9 display ratio, and all the other things listed above and all for less money. Better looking, running the same processor and GPU, a slew of other features, and it costs less money – that is what makes the LG G6 the winner of this comparison.