The Xiaomi Mi 6 got announced two days ago in China, and the phone surfaced on TENAA (China’s equivalent to the FCC) a while back. That being said, the device’s listing on TENAA was not spotted until recently, and it actually reveals some rather interesting info. If this listing is to be believed, and chances are that it is accurate, as TENAA is China’s official certification body, the Xiaomi Mi 6 will arrive in a ton of new color variants in the near future, read on.

Xiaomi had introduced the Xiaomi Mi 6 in four color variants, while the special edition ceramic model of the device got announced as well. The Xiaomi Mi 6 was officially announced in Black, White, Blue and Silver color variants, though the latter option is a limited edition variant of the phone, and it is officially called ‘Silver Edition’. That being said, TENAA reveals that the Xiaomi Mi 6 will hit the market in some additional colors, including Gold, Gray, Pink, Champagne Gold, Frosted Black, Dark Gray and Cherry Blossom. As you can see, 7 new Xiaomi Mi 6 color variants seem to be on the way, though chances are Xiaomi will not push them out to the market all at once. The company tends to spread out such releases, so that they keep the phone fresh and interesting to consumers throughout the year. Nothing is official yet, though, so we’re not entirely sure what will Xiaomi do, but that’s what they’ve been doing in the past, so let’s assume that is what will happen in 2017 as well.

The Xiaomi Mi 6 is quite a powerful smartphone, it is made out of metal and glass, just like its predecessor, and it comes with a compelling spec sheet. The Xiaomi Mi 6 is quite compact, thanks to a 5.15-inch fullHD display, while the phone is fueled by the Snapdragon 835 64-bit octa-core processor. The device packs in 6GB of RAM, and it comes with a 3,350mAh battery. There are two 12-megapixel cameras on the back of the Xiaomi Mi 6, and Android Nougat comes pre-installed on this phone, along with Xiaomi’s MIUI 8 OS. Click here if you’d like to take a look at a more detailed Xiaomi Mi 6 spec sheet. 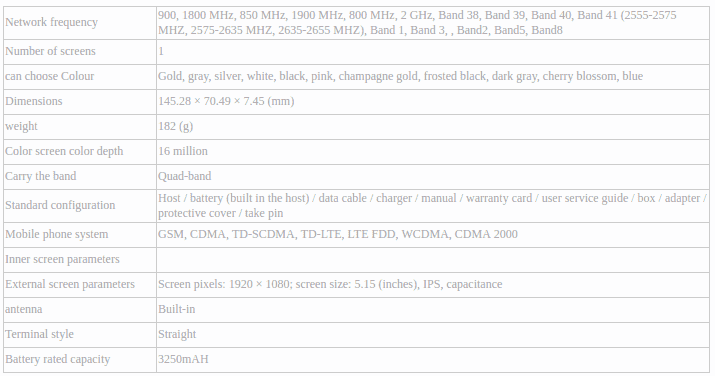