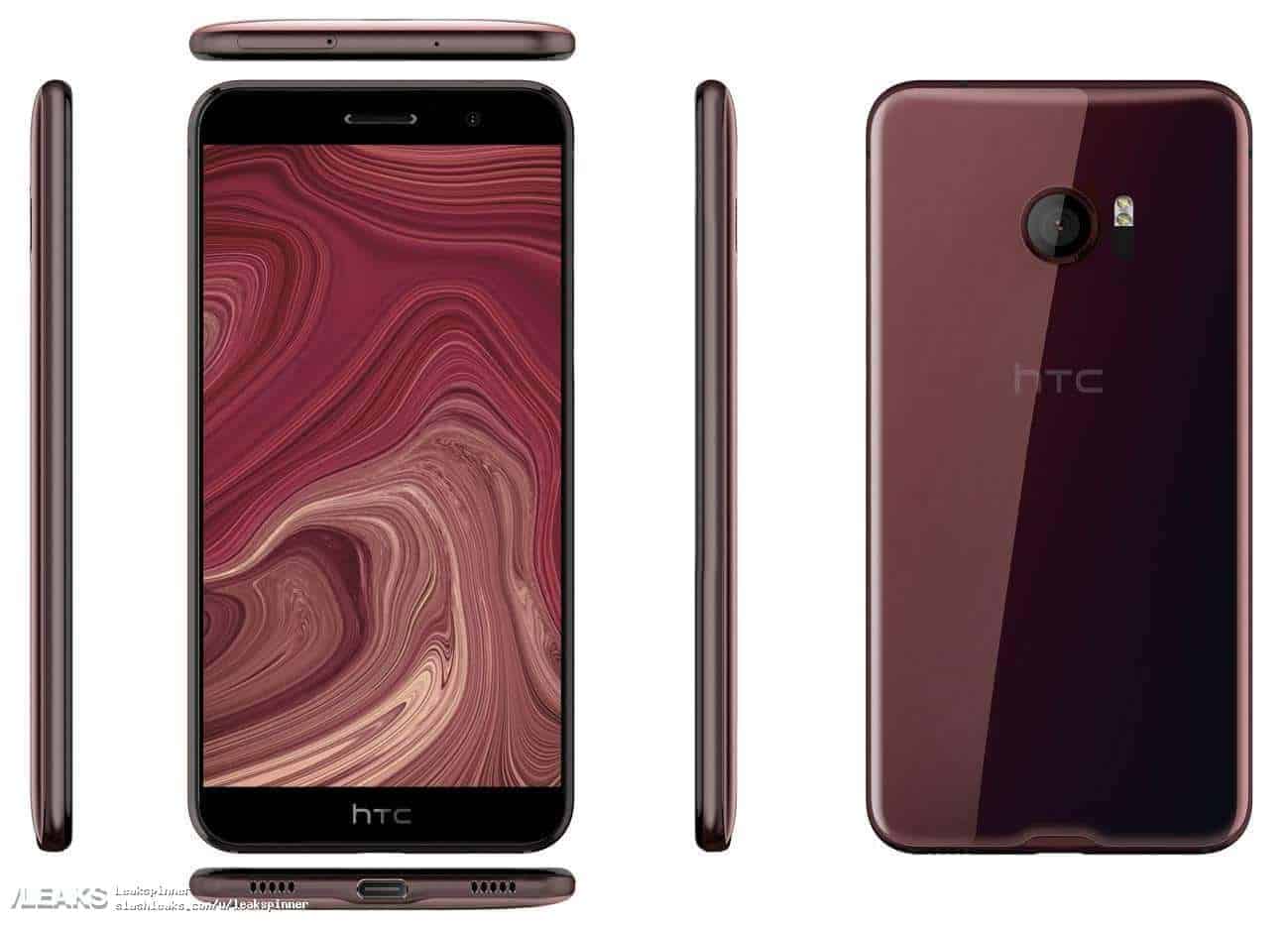 Several new renders depicting what’s said to be the new addition to the HTC U lineup have surfaced online earlier this week. The images of a device codenamed HTC “Ocean” initially emerged on Twitter on Saturday, showing a relatively conventional-looking smartphone in what seems to be dark red or brown cherry. Unlike previous leaks, the latest set of renders indicates that the HTC Ocean won’t feature a curved display, though it does corroborate older reports claiming the device will lack a 3.5mm headphone jack and will instead only ship with a USB Type-C port. Finally, the handset is also missing a physical Home button and will ship with a dual speaker setup, the new leak suggests. Even if they’re legitimate, the renders that can be seen above likely aren’t final seeing how they show a device that not only lacks a fingerprint scanner but is also missing all standard physical buttons.

The HTC Ocean is rumored to be the latest member of the HTC U family that the Taiwanese consumer electronics manufacturer introduced earlier this year when it announced the HTC U Play and the HTC U Ultra. While the latter model is fueled by the Qualcomm Snapdragon 821 system-on-chip (SoC) and 4GB of RAM, it isn’t meant to be HTC’s main flagship this year. Instead, the HTC U Ultra was seemingly launched as an intermediate step between the HTC 10 and the company’s main high-end smartphone for 2017.

While there’s still no word on how the HTC Ocean will actually be called once it hits the market, several industry sources have previously reported some other details regarding the upcoming handset. The device is said to be powered by Qualcomm’s Snapdragon 835 SoC and at least 4GB of RAM, in addition to featuring 64GB of storage space, and a microSD card slot. The HTC Ocean is also rumored to sport a 5.5-inch display panel with a resolution of 2560 by 1440 pixels. On the software side of things, HTC’s next flagship will almost certainly ship with Android Nougat and the HTC Sense 9 launcher. Recent reports suggest that the device will be hitting the market by mid-2016, so more details regarding the HTC Ocean should follow soon.