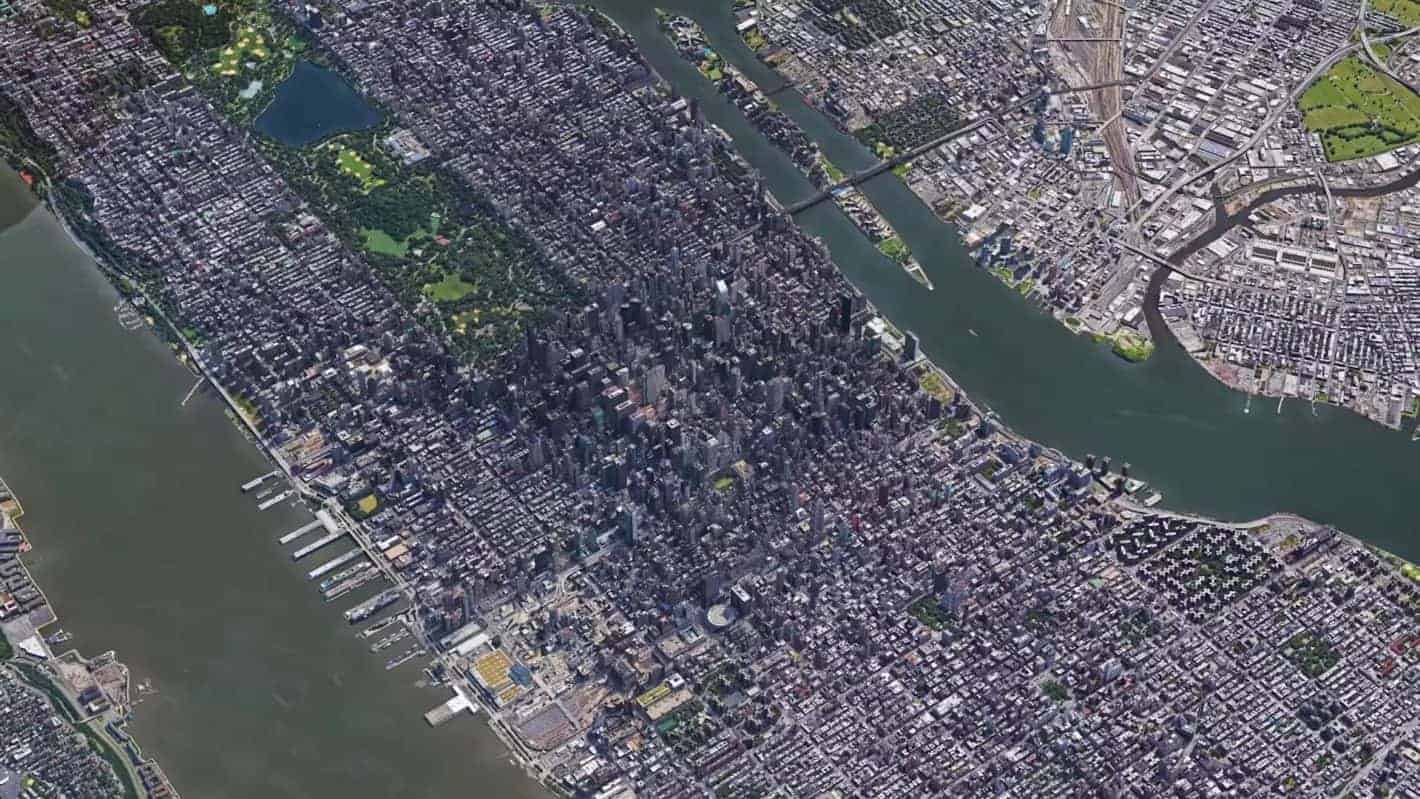 Google Earth is a great way to realistically get lost out in the world without leaving your home, and the complex technologies that go into making that possible have found themselves under Nat & Friends' microscope. As part of their ongoing 10% Project, they talked to some of the people that do the work behind the scenes to create Google Earth, and got a primer on exactly what makes it all tick. In essence, Google Earth is a giant lattice of photography taken at various times, altitudes, and angles, all textured over a giant 3D mesh of the Earth and its features. The reality, of course, is far more complicated.

It all starts with 2D satellite imagery. For a long time, this is all that Google Earth and Google Maps had available. The game changed when Google Earth got their people up in the air – literally. Special planes equipped with a liberal amount of cameras all pointed in different directions make multiple passes per day over tons of different locations, stitching together imagery into a giant Earth tapestry. All of this is subject to extensive picking over by both man and machine, pixel by pixel, layer by layer, to strip away elements like fog, clouds, and cars. Thanks to specialized GPS constructs and meticulous record keeping, the time a shot was taken and the plane's altitude at the time can be used to calculate the trajectory of a shot, which can in turn be used to calculate how an object should look in 3D. Most of this, naturally, is done by computers these days. To round things out, computers pick out similar features from massive samples of imagery, allowing them to figure out what should be in a picture and where, how it should look, and how it all goes together. Imagery is updated and re-stitched on a time frame dependent on factors like how much change is happening and what the population is in that area.

Behind the scenes, Google Earth's roughly 800 billion pixels have some uniquely made technological breakthroughs working on them. Google Earth data also serves as the basis for many data sets and technologies that are used for a wide variety of purposes. One that Google uses and maintains, for example, is called Earth Engine. The basic function of Earth Engine is to mechanically track changes in Google Earth data, and extrapolate valuable insights from them; things like regional deforestation, the effects of droughts, and even logging and fishing can all be tracked. While users getting themselves lost in a virtual copy of our wonderful Earth or flying around it in VR and learning about new places is wonderful, the data obtained by the Google Earth team is put to work in some extremely useful ways that can help to literally change the world.