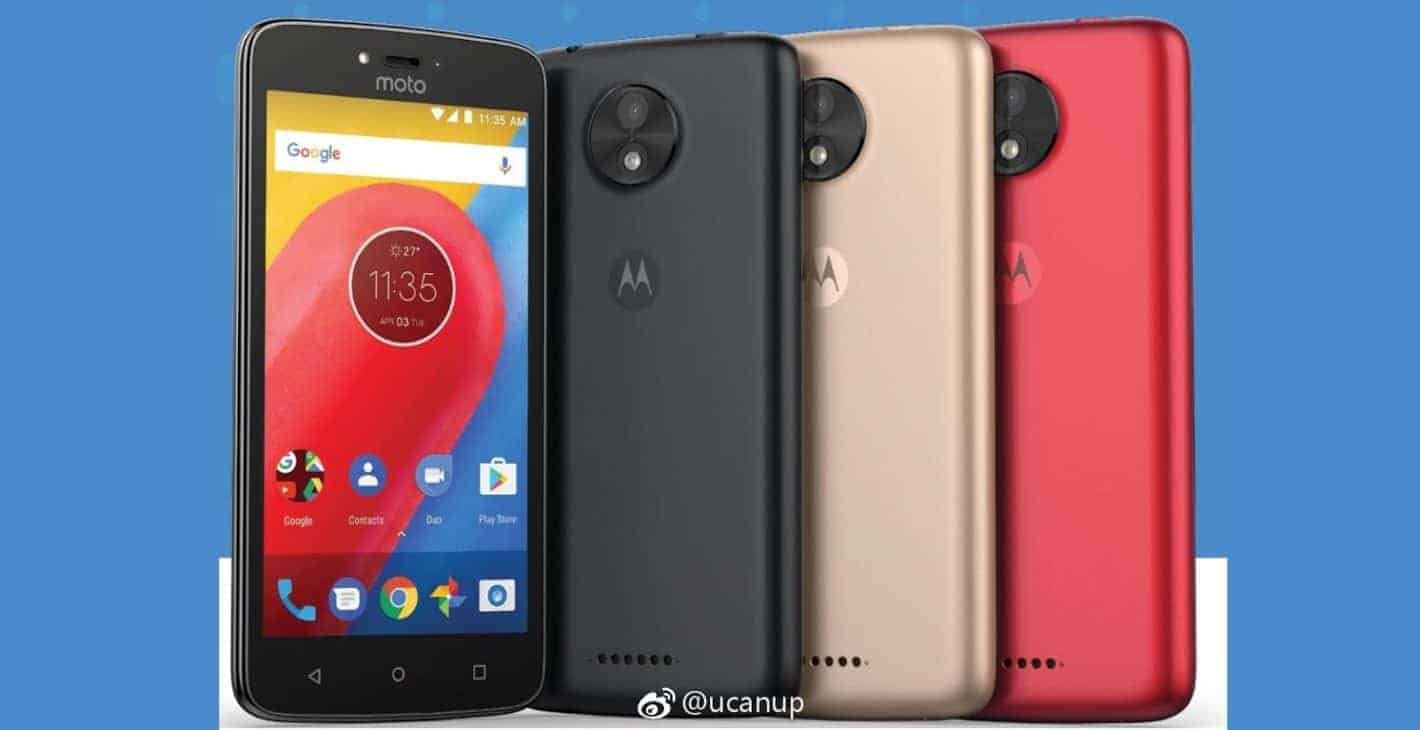 Motorola’s Moto C smartphone has just surfaced in a couple of color variants, this leak is coming from Weibo. If you take a look at the provided image, which is placed above this article, you’ll be able to see Black, Gold and Red variants of the upcoming Moto C smartphone. As you can see, the Moto C will sport three capacitive keys below its display, while the phone’s loudspeaker will be placed on the back of the device. The ‘oreo’ camera is protruding a bit on the back of the Moto C, and an LED flash is also included on there. The phone’s branding is placed above the display, and on the back of this smartphone.

Now, this is not exactly the first time we’ve seen the Moto C, Motorola actually leaked this smartphone in their YouTube video a while back, that was a celebratory video, as Motorola was celebrating their 44th anniversary of a first mobile phone call. For those of you who still don’t know in which category will the Moto C belong, this handset will probably be the most affordable Moto-branded devices this year. The Moto C will be more affordable than the Moto E4, and if the previously leaked info is to be believed, this phone will be fueled by MediaTek’s MT6737m 64-bit quad-core processor. The Moto C will also pack in 1GB of RAM and 16GB of native storage. You will also get a 5-inch F2VGA Display (854 x 480), while a 2,300mAh removable battery will be included on the inside of this phone. A 5-megapixel snapper will be placed on the back of the Moto C, while a 2-megapixel shooter will be available on the front.

Android 7.0 Nougat will come pre-installed on the device, and according to the source, the phone will cost somewhere in between $50 and $80. Now, we still don’t know when will this handset become official, but Motorola is actually expected to announce the Moto E4 in the coming weeks, and the same applies for the Moto C as well. In any case, do stay tuned, we’ll report back as soon as some useful info pops up.