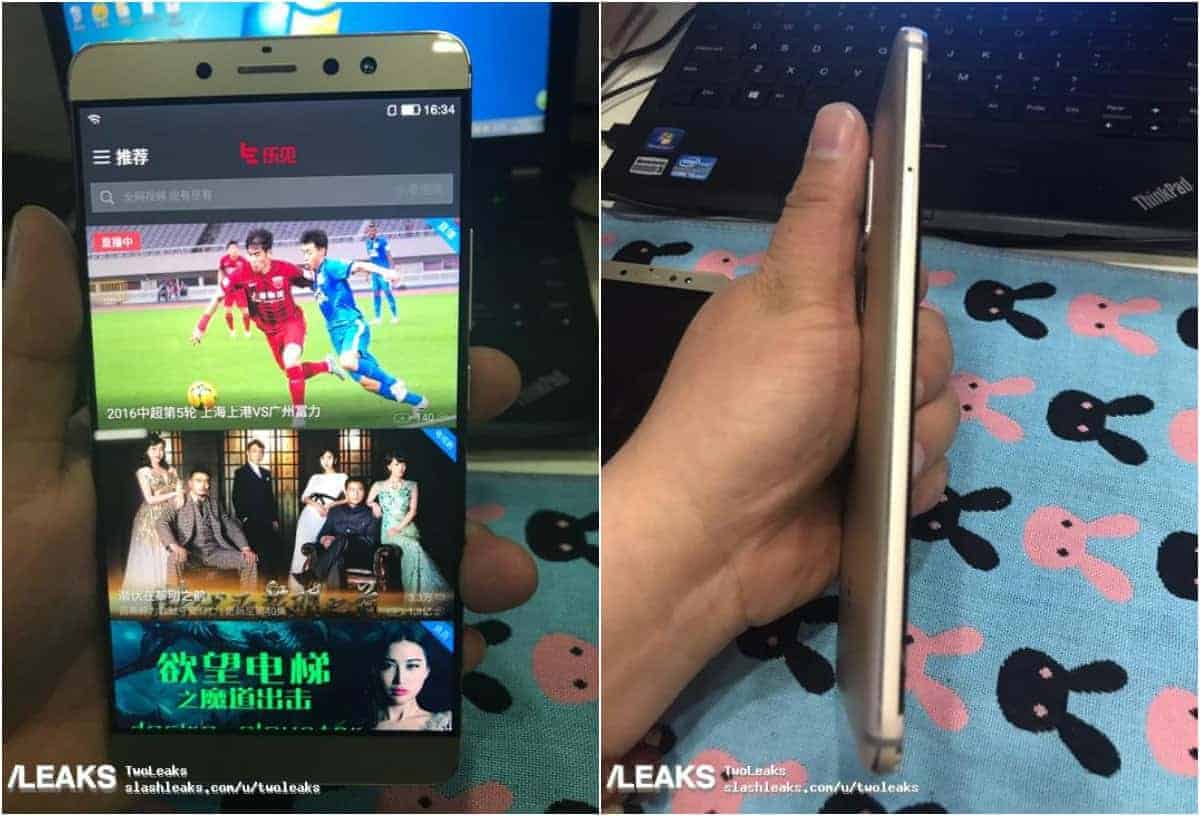 The LeEco Le X920 has just surfaced yet again. This smartphone leaked a couple of weeks ago, and it now appeared in several real life images. If you take a look at the gallery down below, you'll get to see this metal-clad smartphone in the flesh. It actually resembles a number of other LeEco-branded smartphones that have been released in the last couple of years, and as you can see, it has rather thick black bars around the display, which is a shame. The phone's power / lock, volume up and volume down keys are placed on the right, and its SIM card tray is located on the left.

Now, the 'about phone' screen, which is also pictured in the gallery, reveals that this phone will be fueled by the Snapdragon 820 64-bit quad-core processor, which is one of two Snapdragon-branded flagship SoCs for 2016. This screenshot also says that the LeEco Le X920 will come with Android 6.0.1 Marshmallow pre-installed, which is a shame, one would think LeEco is at least close to releasing Android Nougat, but it seems like we'll have to wait a bit longer for that to happen. Now, according to some previously leaked info, the LeEco Le X920 will sport a 6.3-inch QHD (2560 x 1440) display, which suggests this could be the LeEco Le Max 3 which is expected to arrive in the near future. This will be one of LeEco's largest smartphones out there, and we're probably not looking at the LeEco Le Pro4 here, that handset will probably be far more powerful than the phone that leaked today.

LeEco is not doing all that great in the US at the moment, some really negative reports surfaced regarding the company, and yet it seems they're not giving up. This company is still quite popular in China and some other regions, and it will certainly going to be interesting to see what are they planning to release this year. The LeEco Le Max 2 was quite a powerful smartphone, as was the LeEco Le Pro3, so expectations are quite high for their successors. LeEco is expected to unveil the LeEco Le X920 in the near future, but, unfortunately, we still don't know when exactly will that happen, so stay tuned.