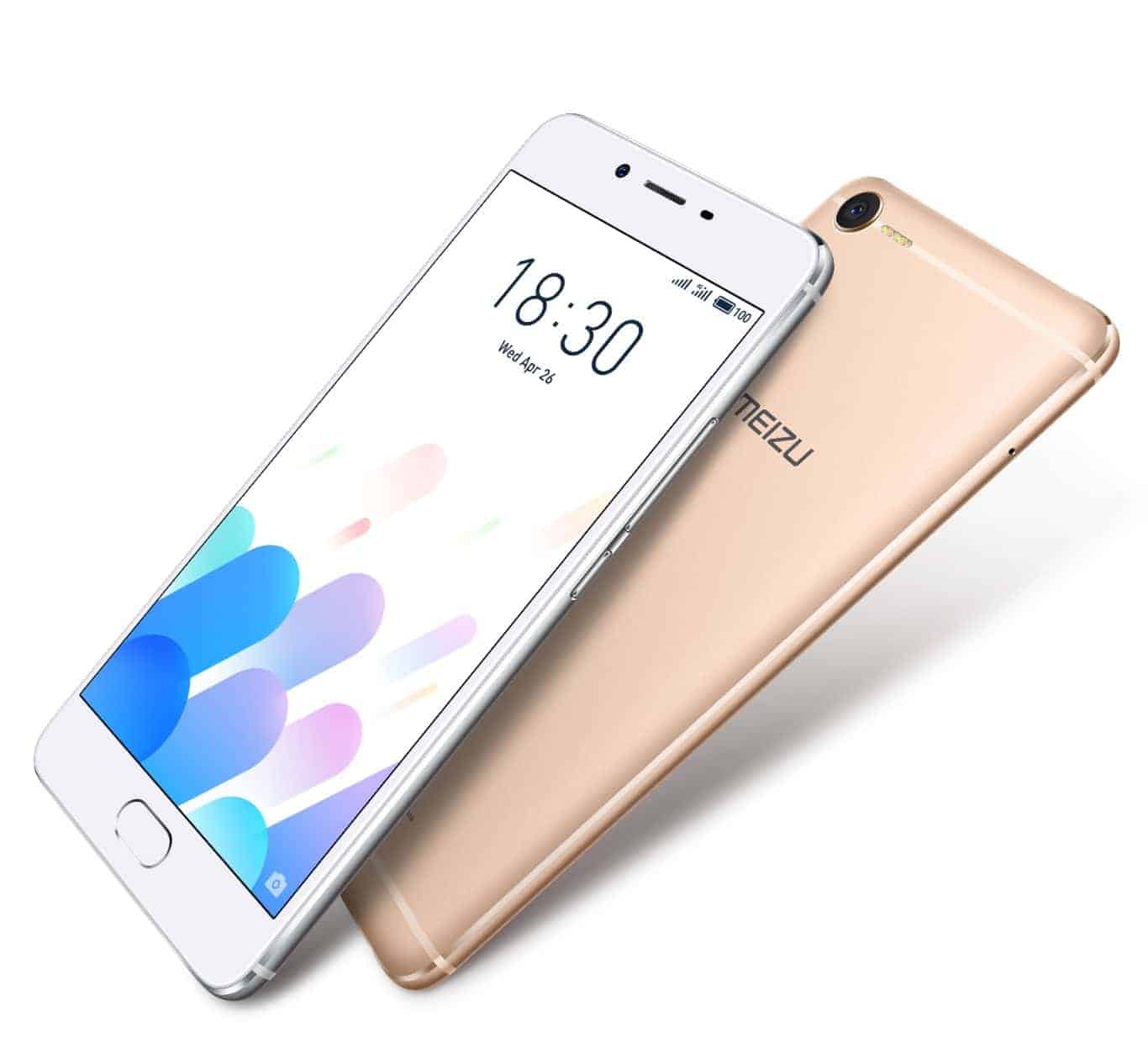 Meizu has just introduced a new smartphone in China, the Meizu E2. This is the company's new budget offering, and it seems like the Meizu E2 is the only smartphone that Meizu introduced today, which means that the Meizu PRO 7 did not arrive, despite today's rumor. In any case, the Meizu E2 is exactly what we expected, as the phone got certified by TENAA (China's equivalent to the FCC), so we received a ton of info beforehand. Having said that, let's see what this metal-clad smartphone has to offer.

The Meizu E2 resembles a number of previous Meizu-branded smartphones in terms of the design. This handset sports a physical home key below the display, this is a multifunctional key which also serves as a capacitive back button and a fingerprint scanner. The volume up, volume down and power / lock keys are placed on the right, and the phone comes with a 4-LED flash, it essentially has two sets of dual-LED, dual-tone flash sensors on the back, which is quite interesting. The Meizu E2 sports a 5.5-inch fullHD (1920 x 1080) display, along with 3GB / 4GB of RAM and 32GB / 64GB of expandable storage, respectively. This handset is fueled by MediaTek's Helio P20 64-bit octa-core processor, which comes with the Mali-T880 GPU for graphics. A 13-megapixel snapper (f/2.2 aperture, PDAF, 5P lens) is placed on the back of the Meizu E2, while a 5-megapixel shooter (f/2.0 aperture, 1.4um pixel size) can be found on the front side of this smartphone.

According to Meizu, you will be able to unlock this smartphone in 0.2 seconds using its fingerprint scanner. The Meizu E2 offers 4G LTE connectivity, though only for China, because of its bands. A 3,400mAh battery is also included in this package, and it is not removable. The device measures 153.7 x 75.7 x 7.5mm, while it weighs 155 grams. The Meizu E2 comes with YunOS out of the box, which is Alibaba's OS. The device comes in Black, Moonlight Silver and Champagne Gold color variants, and its pricing starts at 1,299 Yuan ($189) in China. Pre-registrations for the first Meizu E2 flash sale commence today in China, and the first flash sale will be held on April 29. DO keep in mind that this phone is made for China, and it will not be available outside its homeland.