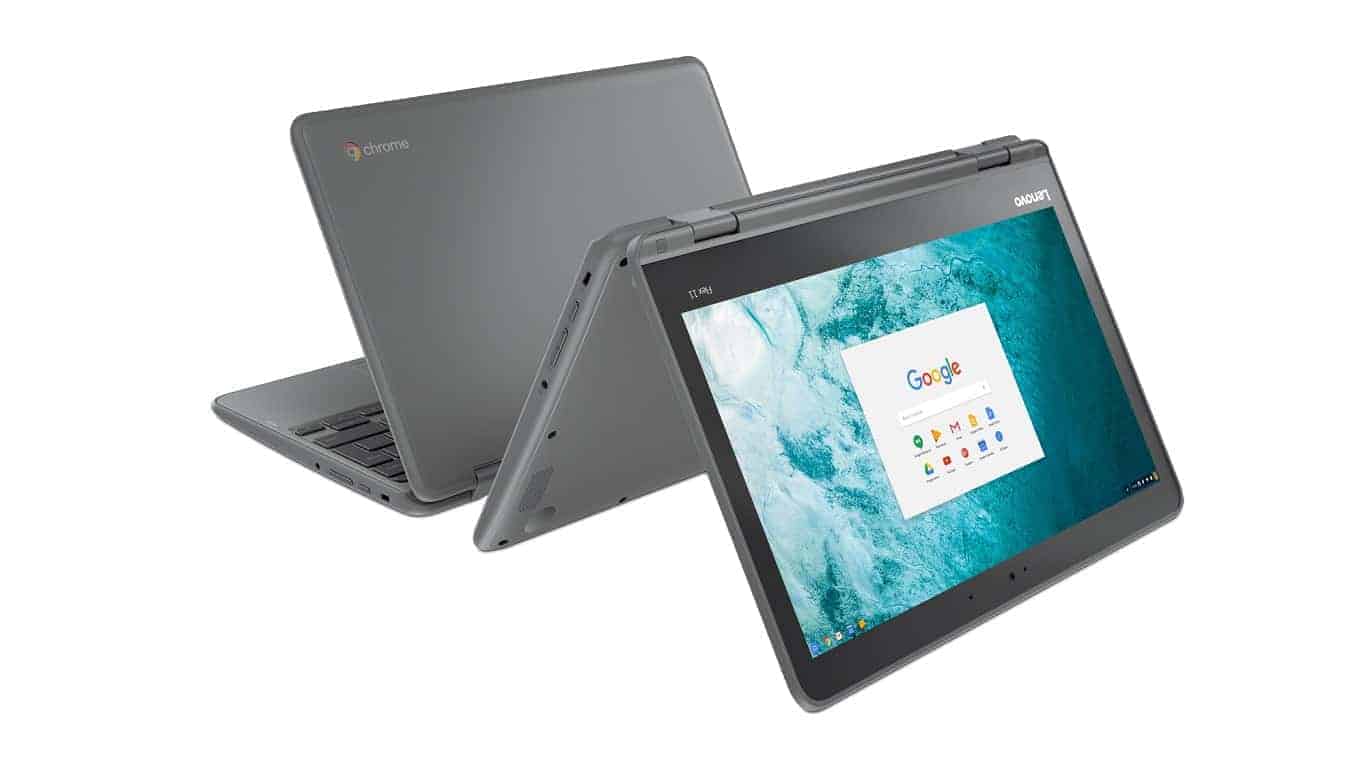 Lenovo has today introduced its latest Chromebook offering, the Lenovo Flex 11 Chromebook. With a name like "Flex" it is probably not too difficult to anticipate the big selling point with this Chromebook, its flexibility. In fact, Lenovo refer to the Flex 11 as a Chromebook which is 'part laptop and part tablet,' highlighting its versatility as a device that is as powerful as a laptop, but as portable as a tablet. This is achieved due to the Lenovo Flex 11 Chromebook's quintessential 2-in-1 design and its employment of a hinge that is able to rotate a full 360-degrees. Essentially offering consumers the option to use the Chromebook in a variety of positions, including a traditional laptop position, as well as a traditional tablet position. Adding to its generally portable nature, the touchscreen HD display included is an 11.6-inch display. Which although seems big by tablet standards, fits nicely with the selection of smaller Chromebooks that are currently available. Not to mention, thanks to the display and the processing power underneath, this is one of the new breed of Chromebook that has been designed with Android apps (as well as Chromebook apps) in mind.

The Lenovo Flex 11 Chromebook comes powered by a quad-core ARM processor (clocking at 2.10 GHz), includes a battery that is said to offer up to 10 hours of usage before needing to be recharged, and weighs in at less than 3 pounds. In terms of its connections and ports, the Flex 11 Chromebook comes equipped with a USB Type-C port. In addition to a standard USB 3.0 port, a HDMI port, a microphone/headphone port, and an SD card slot. While this is designed as a portable Chromebook, it has also been designed with durability in mind. So as well as the included non-slip texture, the Flex 11 Chromebook includes a water-resistant keyboard which Lenovo states will be able to handle as much as a cup of water being spilled on it. For when such instances do occur, Lenovo has announced the Flex 11 Chromebook has been specially designed to funnel spillage away while avoiding contact with sensitive electrical areas.

In terms of availability and pricing, Lenovo has confirmed that the Flex 11 Chromebook will become available to buy this month (April), with the price starting from $279 in the US. While RAM and storage limits have yet to be confirmed, the pricing information that has come through highly suggests the Flex 11 Chromebook will be available in multiple RAM/storage configurations, with the price reflecting those options, accordingly.