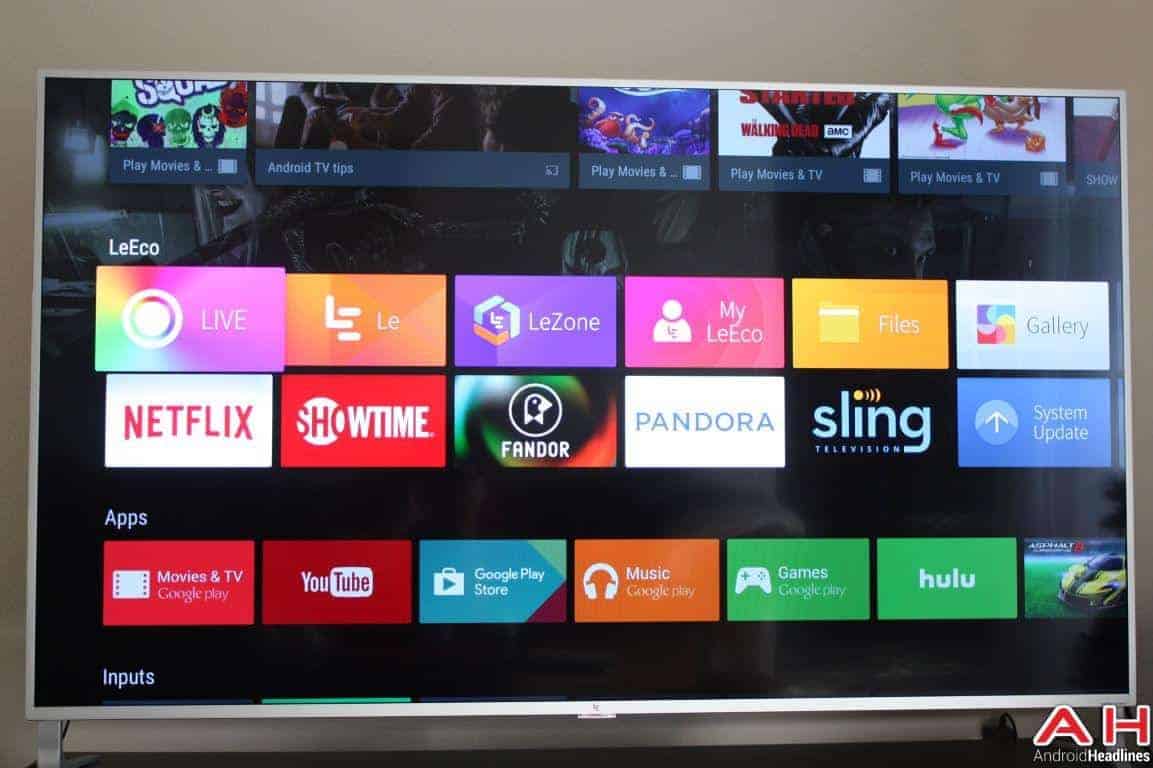 LeEco has today announced a new update that is currently on its way to the company's range of Android TV-powered TV sets. In fact, the update applies to all models, so regardless of whether you own a LeEco Super4 X43 Pro, Super4 X55, Super4 X65, or the LeEco uMax 85, this update will be en route to your TV, if it has not arrived already.

In terms of the update, LeEco has also now confirmed the main aspects of the changelog and it seems the main bulk of the update is focused on stability improvements and enhancements. For instance, the updates includes enhancements to the High Dynamic Range (HDR) with a particular focus on improved gamma logic, which LeEco states will offer a "more vivid and realistic entertainment experience when viewing HDR content." While the Consumer Electronics Control (CEC) support has also been upgraded, offering a greater degree of compatibility between the LeEco remote control and other non-LeEco devices. While general enhancements to audio and video synchronization are also detailed. In addition, the update also brings with it support for PS4 Pro HDR content, as well as support for 5.1 Advanced Audio Coding (AAC). One improvement which is worth paying close attention to is an end user improvement, as LeEco has confirmed that after updating, users will be able to switch faster between sources by holding down to the the source button on the LeEco remote control.

For those who have not updated a LeEco TV set before, unlike other Android devices, these devices do not make use of the Android specific update tool in the Android settings menu. In reality, you should see the update ready and waiting in your Android TV recommendations feed. However, if you do not, then instead of heading to the update tool in the Android TV settings menu, you will want to head to the dedicated LeEco 'System Update' app that is present on the leanback launcher. Once the app is opened, you will then be able to search for and pull the latest update version. – which will be listed as EUI 5.803SS_0321 and weighing in at 1105 MB. While this update does keep the system on Android 6.0 (Marshmallow), it does include an update to the Android security patch level, bringing it to a January 2017 status.