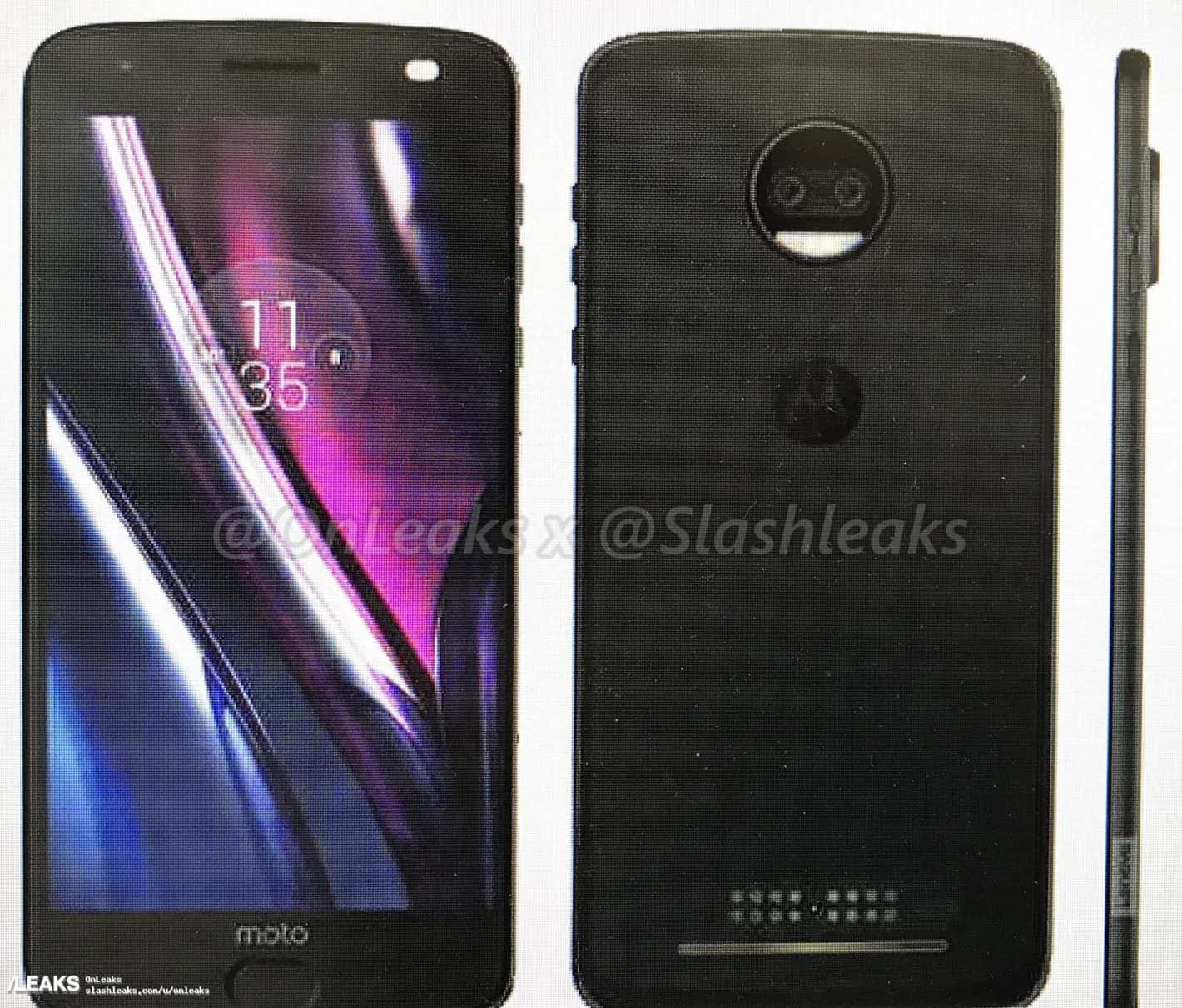 Lenovo's Moto Z sequel has thus far been pretty camera shy, but a leaked press render shows a phone that looks mostly the same, but with a few extra details and tweaks, most notable of which is what looks to be a dual camera setup. Along with the dual cameras on the back, we're seeing a phone that's just as thin as its predecessor, if not more so; in fact, despite the apparent dual cameras, the camera bump seems to have been toned down just a bit. The front sports a front-facing flash and a recessed fingerprint reader, as seen on the iPhone 7, that could end up serving as the home button this year.

Interestingly, the leak is a bit unclear about whether the Moto Z2 or Moto Z2 Force is being depicted, leaving the possibility for this render to actually be the Moto Z2 Force quite open. If that is indeed the case, then one of two things is happening here; either Lenovo and Moto are working on an incredibly thin Moto Z2, or the price difference between the two phones will be huge enough to offset the design costs of stuffing all of the safety features of the Moto Z2 Force into such a thin frame. On top of the thinness, the design has received a minor overhaul; the back panel looks a lot cleaner, and there actually appears to be a Lenovo logo on the side of the device, though that could just be the watermark for the leaked image. The leak doesn't show the bottom, but it's to be assumed that Moto will be skipping the 3.5 millimeter headphone jack again this year, given how thin this phone is, and we'll have a USB Type-C port as the bottom of the phone's lone accouterment, since last year's front-facing speakers are thankfully making a return.

For those who need a refresher on the rumors and leaks surrounding the Moto Z2 at this point, there's not much to go off of. Right now, there's absolutely nothing set in stone by Lenovo or Motorola, and rumors point to a device powered by a Qualcomm Snapdragon 835, and not much else. The only thing that really is set in stone is that the devices are going to sport a very similar design to their predecessors, in order to ensure Moto Mod compatibility, and they will, of course, be compatible with all existing Moto Mods, including upcoming ones that began their design and build process centered around the Moto Z.