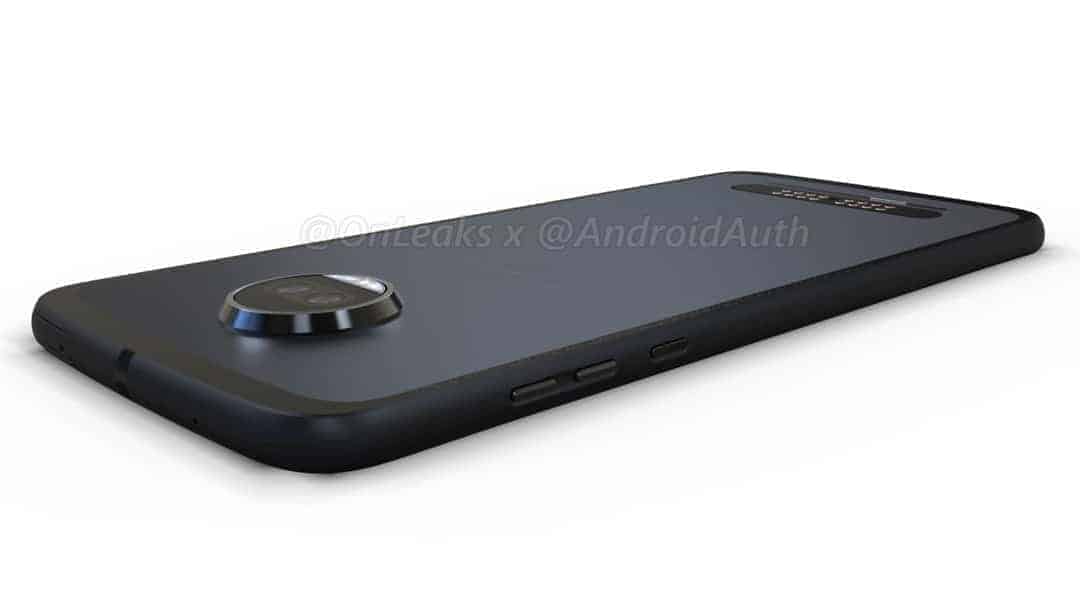 The Moto Z2 Force has begun leaking out pretty much everywhere. Recently we saw a pretty bad image of the device, which didn't show us a whole lot about the device, but now we have a new image from Onleaks and Android Authority, which also includes a 360-degree render in video form showing us what to expect from the next flagship.

Looking at the pictures below, the Moto Z2 Force seems to keep a lot of the design elements from last year's Moto Z Force, but also bring in some design features from the Moto G5 Plus that was announced at Mobile World Congress earlier this year. On the front, you see that there is an oval fingerprint sensor. Similar to the Moto G5 Plus, so it is possible that they may be adding some gestures to this button, so that users don't need to use the on-screen buttons. Now on the back, you'll see that there is still a camera hump and connectors for Moto Mods. Now many will complain about there being a camera bump back there, but that is for the Moto Mods, it helps keep them in place. So as much as we'd all rather it not be there, it does serve a purpose. On the bottom of the device, you'll notice a USB-C connector, not a surprise considering the Moto Z series last year all used USB-C for charging. There is also a 3.5mm headphone jack down there, which means Motorola is taking a step back and bringing it back after leaving it out last year.

It does appear to have a dual-camera setup on the back. Now, it's still unclear how this dual-camera setup will work. Whether Motorola is doing a standard angle and a wide-angle camera setup like LG, or possibly doing a monochrome sensor and a RGB sensor like Huawei and Honor are doing. We likely won't find out until Motorola announces the Moto Z2 Force, which should be in the next few months. Last year, the device was announced at Lenovo Tech World, which took place in June in San Francisco.