This spec sheet actually details the Moto G5 Plus in general, but it also emphasizes the fact that the Midnight Blue variant is meant for the Latin America only. The Moto G5 Plus is Motorola’s mid-range smartphone, and its specifications reflect that. Having that in mind, this variant of the device is actually the most affordable model of the Moto G5 Plus. Those of you who would like to get technical, the device is made out of metal, it sports a fingerprint scanner below its display, and its camera ‘oreo’ protrudes on the back a bit. The device sports a 5.2-inch fullHD (1920 x 1080) display with Corning’s Gorilla Glass 3 protection on top of it. On the inside, you’ll find 2GB of RAM and 32GB of expandable storage, while the device is fueled by the Snapdragon 625 64-bit octa-core SoC which is clocked at 2.0GHz. 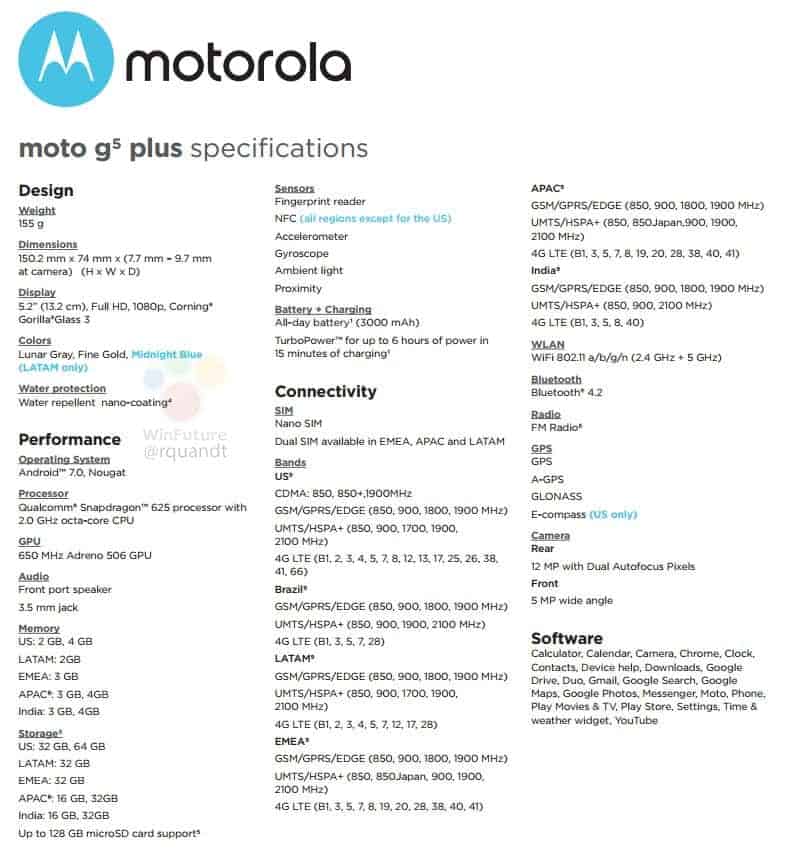