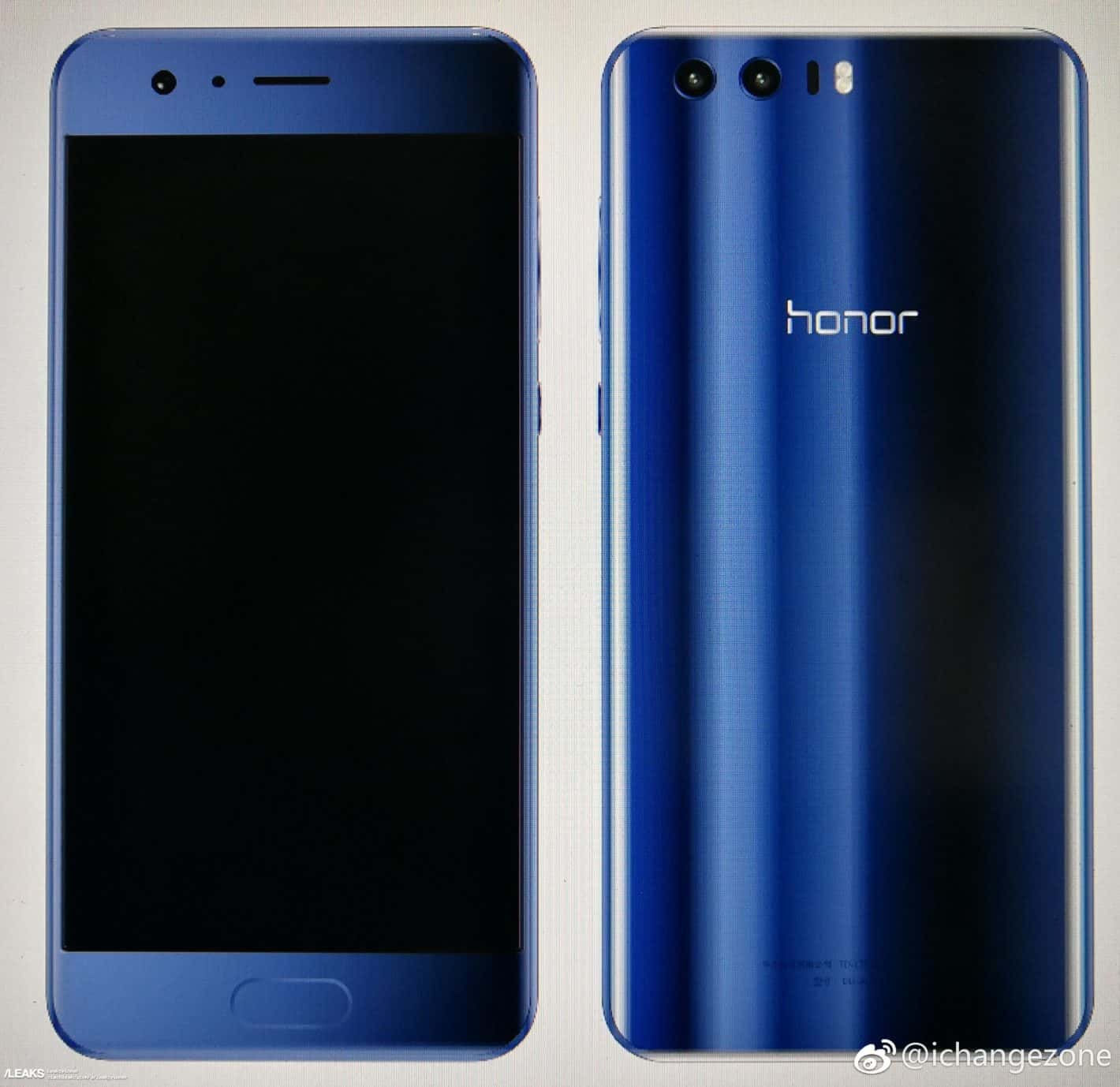 A new image which allegedly shows off the front and the back of the upcoming Honor 9 device has leaked online. It’s fair to say Honor has been on a roll over the past year or two, with the launch of last year’s Honor 8 seemingly doing well for the Huawei-owned sub-brand. As well as this, the higher-end Honor 8 Pro, which was only recently announced, is likely to boost the company’s presence and appeal. With the original Honor 8 launching last July, it was inevitable that, eventually, leaks surrounding its successor would start appearing, so today’s leaks aren’t necessarily surprising, though it appears the company isn’t taking any big risks this year.

Looking at the design present in the renders, it appears Honor may be sticking largely to last year’s glass design, with only a number of subtle changes made. Starting off on the rear, the alleged Honor 9 looks nearly identical to last year’s model, with the same dual-camera setup and the same flash and laser autofocus placement. Gone, though, is the rear fingerprint sensor and in its place is now the Honor brand logo, which was previously lower down on the rear of the device. Moving to the front, this is where the differences are clearer. Overall, the bezels appear to be of a similar size to last year’s model, with the top one also featuring the same sensor and speakerphone layout. On the bottom bezel though, Honor has now removed its logo and in its place has fitted a fingerprint sensor, which is also expected to double as the home button. Moving on to the sides of the device, it appears Honor is keeping the same button layout too, with power button sitting slightly lower down the frame, while the volume buttons are included under one longer button sitting just above the former.

Taking into consideration the recent launch of the Honor 8 Pro internationally, as well as the July launch of the Honor 8, it’ll be surprising to see Honor release its next device before summer commences due to the fact that it could eat into its own sales, not to mention those of the Huawei P10. Nonetheless, considering this is one of the first leaks surrounding the device it shouldn’t be too long before more details being to appear relating to the device. If Honor decides to stick with a similar to design to last year’s flagship, though, it’ll remain to be seen if it can impress customers sufficiently enough to warrant a purchase of the device.