Online security both on computers and on mobile devices has been increasingly more important over the years but in just the last few it seems to have been more of an issue. Android has always had a bad reputation for being an operating system that wasn’t secure and while there may be some truth to that as it isn’t completely impenetrable, it isn’t nearly as bad as it’s been made out to be. That however does not mean that users shouldn’t be taking measures to safeguard their personal information. While this is extremely important on mobile devices as they have become a main form of computing for many people, it’s still important on desktops and laptops as well, especially now after the U.S. House of Representatives has recently voted to let ISPs sell your search history. The good news is that there are numerous measures and actions one can take to safeguard their personal data and keep some degree of your privacy intact.

When it comes to your search history if you happen to use Chrome as your default browser then an easy way to protect your privacy is through an extension called TrackMeNot which you can find in the Chrome Web Store. While ISPs will now have the ability to sell your search history for a profit, TrackMeNot takes a somewhat unconventional approach to helping you protect your search history. Instead of hiding it or blocking ISPs from seeing the information, it essentially feeds fake search data into your search history to help your real search data hide in plain sight. As this is a Chrome extension it only works with Chrome, unfortunately, and it doesn’t work on Chrome for Android since Chrome for Android doesn’t have extensions, but it does support more than just Google Search and additionally can be used with AOL, Bing, Yahoo!, and Baidu search engines. If you’re particularly worried about the new ability that ISPs now have, TrackMeNot is an extension worth considering, and it’s also worth noting that this is not a new extension that popped up since the passing of the vote. In the image below, you can see an example of the types of searches that the extension will artificially populate for you. While this doesn’t get rid of your search history it does blend it in with plenty of other artificial data, which should help prevent your search data from being used as a means for collecting information and having it being used to profile you. 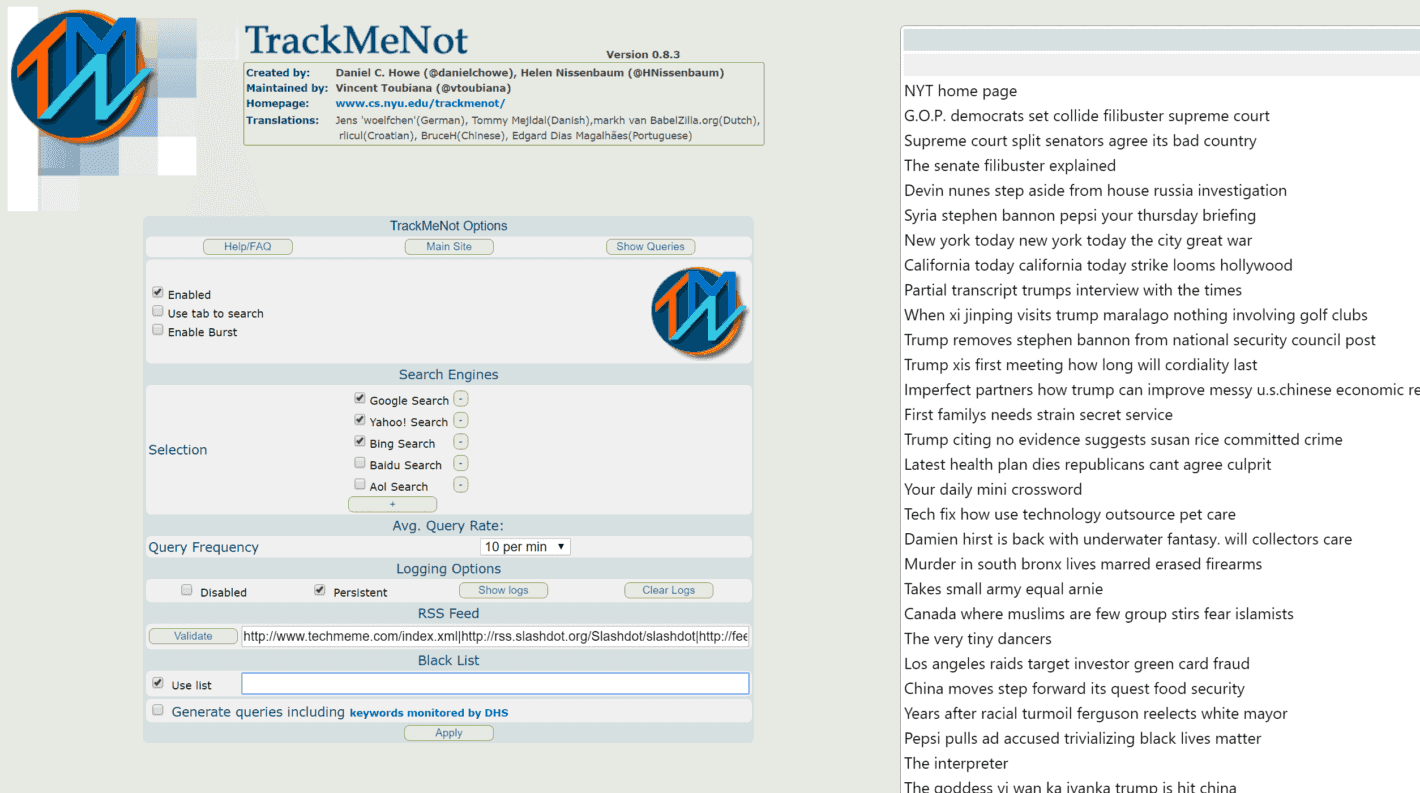 Of course using extensions like this one aren’t the only thing you can do to protect the privacy of your personal data and information. Encrypting your smartphone is one major thing users can do to help safeguard their personal data, and it’s definitely something that’s recommended. Some Android devices will allow this feature by default. The Google Pixel, for example, has Encryption on by default out of the box, but most Android devices on Lollipop and above can easily enable it from their security settings from within the settings menu of their device. It’s a lengthy process compared to the amount of time it takes for most things to complete on a smartphone, but it shouldn’t take more than ten minutes or so and it definitely provides a greater level of security, as should you ever lose your phone or have it stolen, performing a factory reset on the device will prompt a required entry of the Google Account that was previously on the device, and logging in with this account is the only way to unlock it. A properly motivated individual with the right knowledge and skills could potentially bypass this measure, but that won’t be a common scenario that most people will come up against, and you’re better safe than sorry.

If you’re worried about more than just your search history and you also want to conceal your web traffic, then you’ll want to consider installing a VPN of some kind. You can find VPN software for both computers and Android smartphones, ranging from free to $20-$60 for an annual cost for access. There are also varying factors in how much data you can use through the VPN. For example, TunnelBear VPN is a fairly popular one for Android and with it installed you can connect to a VPN that places your connection in a number of different locations around the globe, and you get 500MB of data use with it at no charge. They also allow options for increasing that data usage amount, including the ability to Tweet about the TunnelBear app to get an additional 1GB of data. Of course if you’d rather just upgrade and be done with it, you can get unlimited access for $4.99 a month on an Android device only, or pay $29.99 for an annual cost for Android only. They also offer an option at $9.99 a month for full access, which gets you unlimited data browsing through their secure VPN services on both Android and PC, and the annual cost for the full tier is $49.99 a month. This is just one example, but there are tons of options on just Android alone so they’re worth looking into. 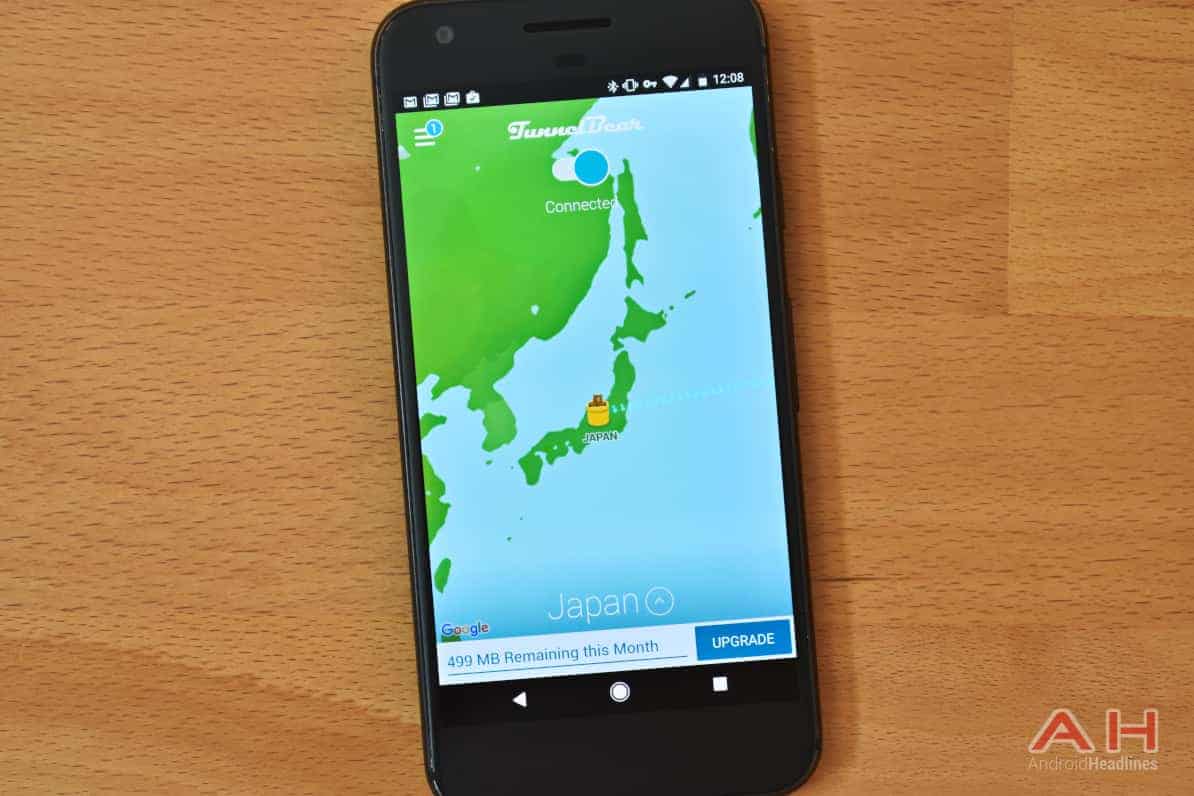 It should go without saying that in addition to encrypting your device, hiding your search history, and using a VPN, another safeguard measure you can take for your personal data is to implement a PIN or password on your device to unlock it, or use one of those two in accordance with a fingerprint as an additional option. While the VPN and hiding your search history are likely to be less common practices for most individuals, just like with setting up the phone encryption something you should absolutely be doing is setting up your unlock methods, whether that be using a PIN, password, or pattern. These are the simplest of ways to keep your device information away from prying eyes or those that might seek to get a hold of sensitive information like bank details and your email addresses and various passwords. While it’s also possible to get around these, again it isn’t something that most people are going to come up against as it should be able to stop a fair amount of people from getting into your device. It’s also not a bad idea to make sure that your email accounts are more secure by setting up a particularly challenging password, and enabling 2-Factor Authentication for any account that allows it, which should be most major email clients, some bank accounts depending on the establishment, and other types of accounts. Protecting your personal data has become much more of a necessity in recent times, but it’s not particularly difficult to do and it’s a small step to ensure that your data is as safe as possible from the majority of those who might want to get a hold of it. Short of disconnecting yourself from the internet entirely, these are some easy ways that you can start the process to keep your data safe.