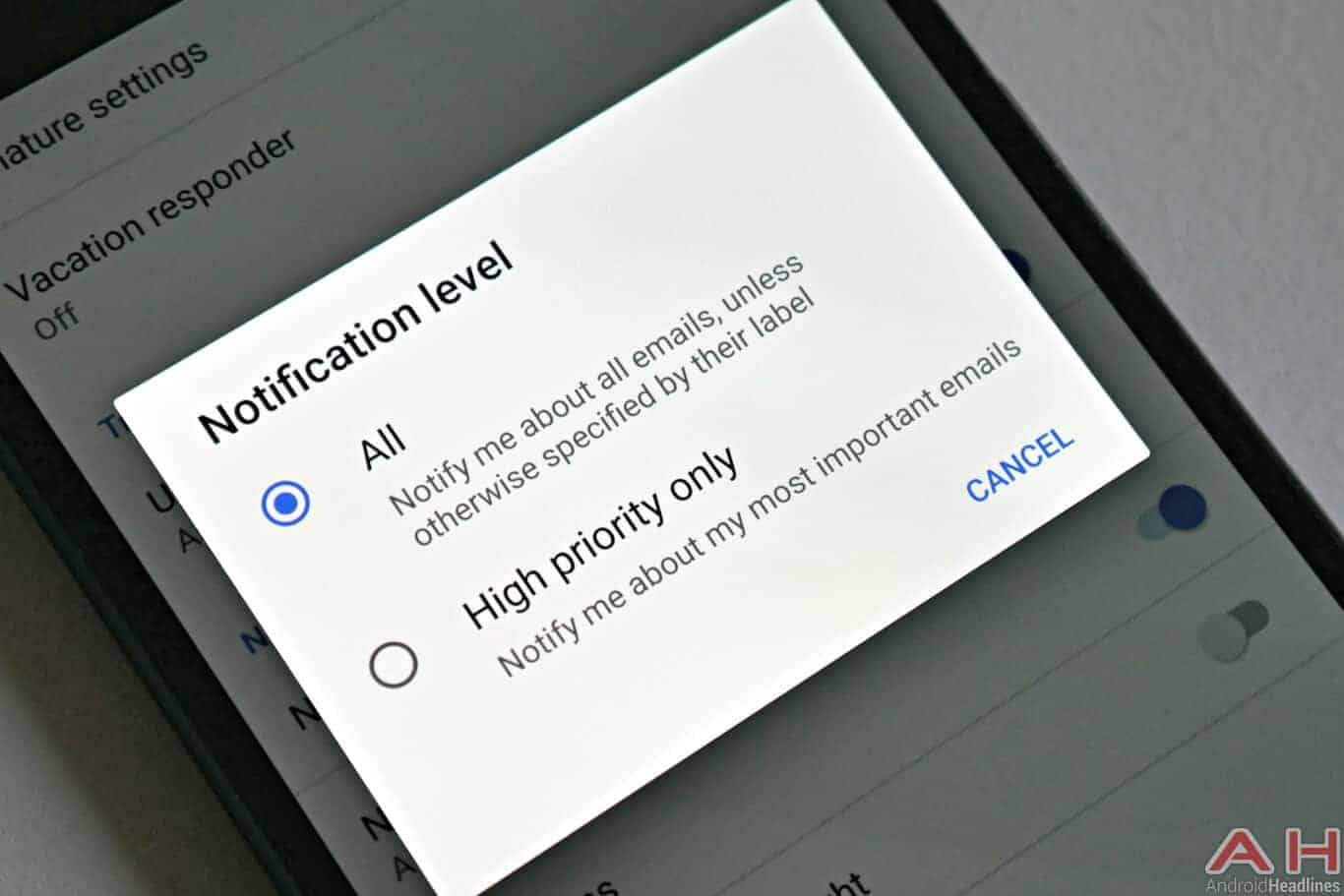 If you are an Inbox by Gmail user, then you might have noticed a new feature becoming available over the last couple of days. The feature is the ability to ensure that you only receive notifications from emails that are considered (by Inbox) to be of ‘high importance’. This is a feature presumably designed to cut out the masses of emails a typical user receives that do not necessarily need to be dealt with the moment they arrive. Although this feature had already been spotted as incoming, the difference is that it now seems to be live for a number of users.

Of course, this is not going to be a feature for everyone, as some will prefer to keep in control of their emails and decide for themselves what emails are important, instead of leaving it up to Inbox to decide for them – avoiding any potential issues of receiving time-sensitive emails too late. At the moment, it is not clear if the feature is live for everyone, although it does certainly seem to be active for enough users for it to be considered in the process of rolling out – and not just for users in the US. If your version of Inbox has seen the feature being switched on, then you should see a notification the next time you open the app, detailing that the feature is live and asking whether you would like to switch it on or not.

You can also check manually to see if the feature is live (in the event you somehow missed or accidentally dismissed the notification). To do this, open the Inbox app, head down to settings, then check under the “Notifications” toggle tab. If the feature is live, it will show another tab that allows you to choose the notification level between “all” and “high priority” (shown above and below). If you are not seeing the feature just yet, but do have multiple Inbox accounts, then it is worth checking the settings for each of the accounts. As it seems that for some users, it is showing up for some accounts ad not all – and not necessarily for the master Inbox account. In fact, if you do have multiple Inbox accounts, then you are best off checking the least used account – as it would make sense that an infrequently used account would be the type of account that you might actually want to only receive ‘important’ emails for. 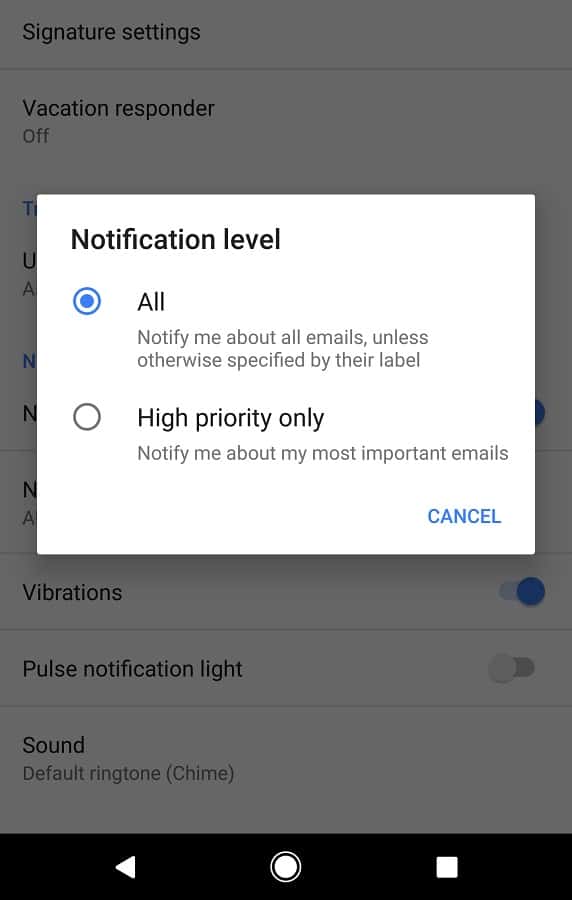