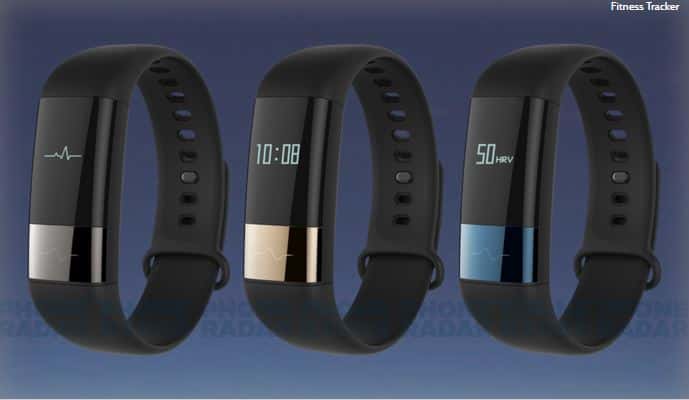 Xiaomi’s sub-brand Huami unveiled today a new fitness band equipped with a built-in ECG sensor, called the Huami Amazfit Health Band. The product was unveiled in China but seeing how it was introduced under the Huami brand, the Amazfit Health Band is likely to eventually launch in the western markets. In Xiaomi’s homeland, the new Huami fitness band will go on sale for the price of 699 Chinese yuan, which translates to approximately $100.

The Huami Amazfit Health Band is built from aluminum and stainless steel, and features a skin-friendly 19mm-wide rubber wristband. The device accommodates a 0.42-inch OLED display and connects to smartphones via Bluetooth 4.0 LE (Low Energy). The health band is also equipped with a built-in ECG (electrocardiogram) sensor that can read and show data on a connected smartphone or the wristband’s own display. The device features a PPG photoelectric sensor that monitors the wearer’s heart rate and sleep patterns, and can also detect variations in heart rate and notify wearers in real time. Other details worth mentioning include a triaxial acceleration sensor, as well as the wristband’s IP67-certified dust and water resistance. Lastly, the entire package weighs only 10 grams, and it relies on an onboard 95mAh battery which can be recharged in 2.5 hours and offers up to seven days of usage on a single charge.

The Huami Amazfit Health Band will go on sale in China tomorrow, April 26, and prospective buyers will be able to choose between three color variants including Deep Black, Sapphire Blue, and Rose Gold. The company made no mention of the product launching in other countries aside from China, however, recent history shows that products labeled by Huami rather than Xiaomi have a greater chance of being launched in the western hemisphere including countries such as the United States. Whether or not this will be the case for the Huami Amazfit Health Band remains to be seen, but for the price of $100, this wearable should be able to compete with similar products on the market like those made by Fitbit whose latest Alta HR fitness band went on sale in March for $149, or the Garmin vivosmart 3 that launched earlier this month for $139.99.