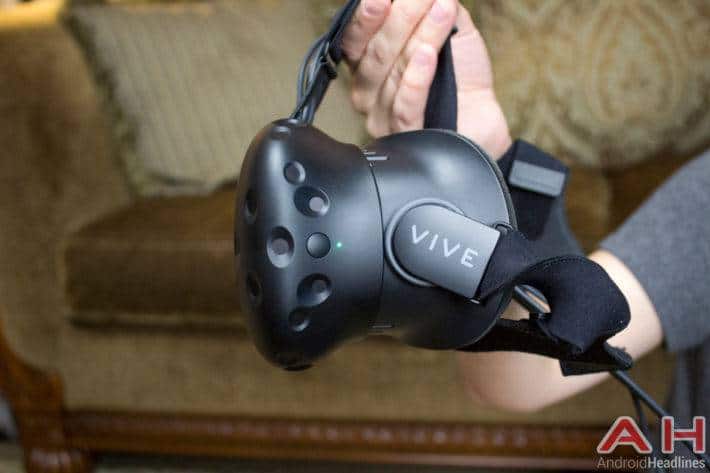 Almost exactly a year after it was launched in 24 countries last April, the HTC Vive Consumer Edition virtual reality headset has finally been officially launched in India by the Taiwanese tech company. As has been rumored in the country’s tech media for a while, the device comes with an astronomical price-tag that can very well be a major obstacle for its acceptance among gamers and tech-lovers in the country. While the device was launched with a $799 price-tag in the U.S. last year, HTC is charging almost twice as much for its first-generation VR headset in India, having announced a staggering price-tag of Rs. 92,990 ($1,437). For context, Sony’s PlayStation VR is available in India at a relatively moderate 41,990 ($649).

The HTC Vive will be available in India exclusively via Amazon, and will go on pre-order from tomorrow. Although the company doesn’t say as much, reports in the media seem to suggest that HTC will start shipping early pre-orders by the end of next month. The Taiwanese company is also reportedly setting up “in-store experience centers” in many cities around the nation to allow would-be customers to experience immersive virtual reality before they fork out the cash. Of course, at $1,437 a pop, the HTC Vive will be an incredibly expensive toy for a select few, especially because VR continues to remain a comparatively niche genre in spite of all the hype surrounding it over the past couple of years.

As part of its launch offers in India, HTC is bundling a couple of software titles along with the Vive. According to the company, both the titles are designed to offer users an immersive experience with its virtual reality headset. The first one is called ‘Everest VR’ and lets users virtually experience climbing the Mount Everest, while the other one is called ‘Richie’s Plank Experience’, and allows users to get a feel of what it would be like to walk on a plank 80 stories above solid ground. HTC Vive owners will also be able to download compatible apps and games from the company’s VR app store – Viveport. From there, users will be able to choose VR-based apps across a number of different genres, including education, design, art, social, video, music, sports, health, fashion, travel, news, shopping, creativity tools and more.