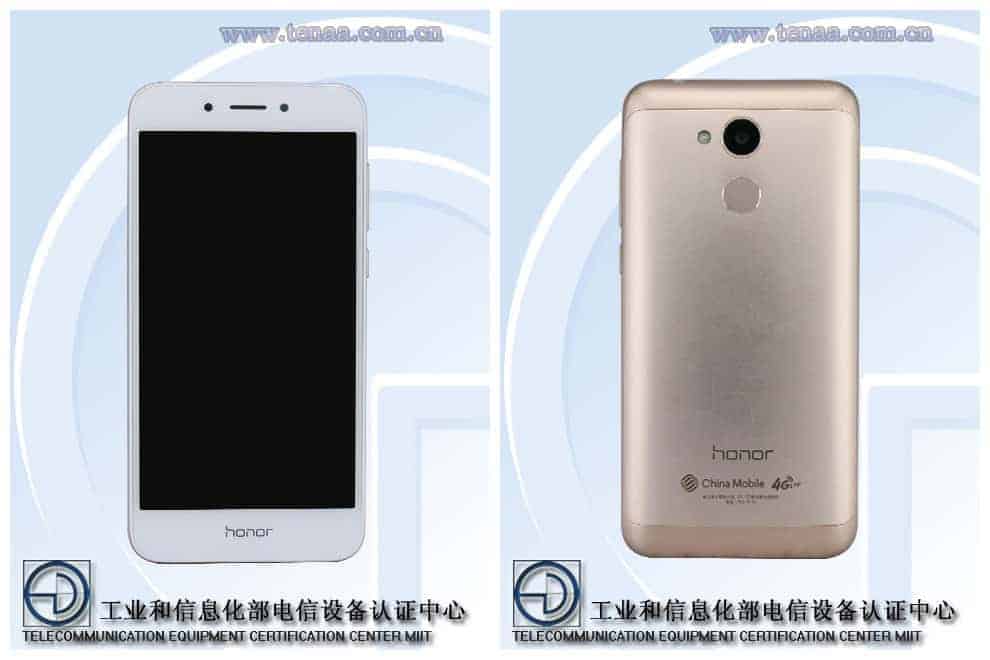 A new Honor smartphone bearing model number DLI-TL20 has been certified by the Chinese electronics certification agency, TENAA. According to the listing on the organization's official website, it is fairly evident that the device will be a mid-ranger with a 5-inch TFT display that's said to have an unusual 1080 x 720 pixel resolution. While out-of-the-ordinary screen resolutions are becoming increasingly more common with devices like the LG G6, the Galaxy S8 and the Mi MIX, it is very likely to be just a typo in this case, so it will be interesting to see whether the display resolution will actually be 1080p or 720p. The listing also provides some nominal info on the CPU, which will apparently be clocked at a frequency of 1.4GHz. Sadly, though, there's no word on the make or model of the SoC.

The hardware spec-sheet also mentions just the 3GB of RAM and 32GB of built-in storage, which however, can be expanded with the help of a microSD card of up to 128GB in capacity. The device will also support both LTE-TDD and LTE-FDD on a number of different frequencies. The device will also support VoLTE (Voice over LTE) out-of-the-box, and will ship with a relatively small 2,920mAh battery. As for the imaging options available on the upcoming smartphone, it will apparently ship with a 13-megapixel primary camera and a 5-megapixel front-facing camera. Finally, as can be seen from the images, the device will have a fingerprint scanner on the back, which is fairly routine for most mid-range devices these days. On the software side of things, the upcoming DLI-T20 will have Android 7.0 Nougat pre-installed. The TENAA listing also reveals that the device will be sold in at least three different colors – Gold, Pink and Silver.

According to the listing on the TENAA website, the certification for this device was only issued on the 21st of this month, so there's no info currently on its pricing and availability. What's also unclear right now is whether Huawei plans to launch this device in international markets going forward, or if it will remain a China-exclusive, at least, in the short term. Another interesting point to note here, is that this particular model is actually "custom made" for China Mobile, so it will also be interesting to see if the two other leading carriers in the country – China Unicom and China Telecom – will also launch this device on their respective networks going forward.