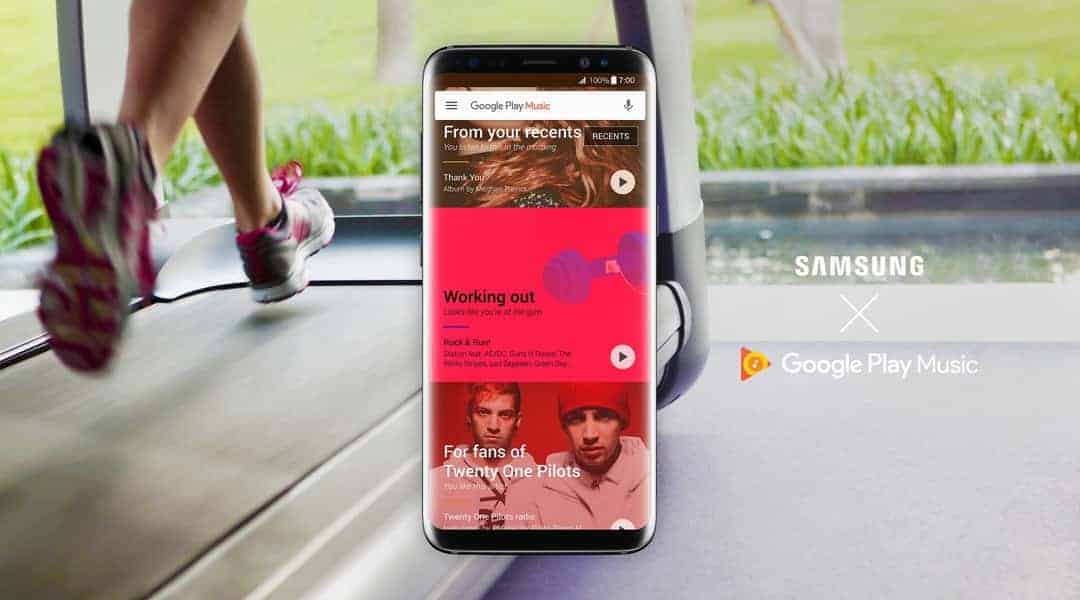 Samsung’s Galaxy S8 and Galaxy S8 Plus will be the first Samsung devices to have Google Play Music as their default music app, and according to a blog post from Google that’s announcing its new partnership with Samsung, they won’t be the last. Not only will Google’s streaming music service be the default listening app on Samsung phones and tablets that run Android going forward, but Samsung is going to be helping Google develop the app. Naturally, this partnership is going to result in the creation of some Samsung-exclusive features in Google Play Music. While there are no new Samsung-specific features for the two partners to boast about right now, Samsung owners using Google Play Music will see some exclusive perks while they wait for new features.

The biggest perk is double the song storage that most Google Play Music users get; Samsung owners can now have up to 100,000 of their songs uploaded on the service at no extra cost. On top of that, consumers that buy a new Samsung device from now on will get three free months of YouTube Red and Google Play Music. YouTube Red is not available in all territories worldwide just yet, so Samsung’s customers in regions where service isn’t supported will unfortunately only get Google Play Music. Finally, Google Play Music will be integrated seamlessly into Bixby, so all music-related commands that don’t specify a different app will go through Google Play Music by default.

Google’s blog post does not specify if the free three-month subscription offer applies to people buying older Samsung flagships that are still being sold such as the Galaxy Note 5 and the Galaxy S7 Edge, and even devices as old as the Galaxy S5 that are still offered by smaller carriers. Likewise, the blog post does not mention whether owners of legacy Samsung devices will be able to take advantage of the double storage for Google Play Music that’s on offer. Likewise, it’s currently unclear what sort of Samsung-exclusive features are in development for Google Play Music users in the future, though more details on the matter will hopefully be available shortly.