Google has detailed the ‘Similar Items’ feature that they recently launched as part of Image Search portion of their service. Google has always been about making it easier for people to find the stuff they want online, whether that stuff happens to be answers to questions they have or a series of products that they have a particular interest in. With Similar Items, users are now able to interact with Google Image Search to find a specific product that they may like, say, a pair of shoes.

Users don’t have to specifically be searching for a particular item by typing in that item name in the search box, as Similar Items actually uses Google’s Machine Vision tech to look at lifestyle images that may pop up in Image Search results and it can identify the products that are in those images. Having said that, users could still type in the words Designer Handbags and the feature would still work its magic. By identifying these products it then lists off “similar items” in the results below the main lifestyle image so users have the ability to purchase those products should want the chance. The catch is that at the moment the Similar Items feature only supports a few different product types, which includes shoes, sunglasses, and handbags. Handbags doesn’t specifically refer to purses, but these are included and will likely be the majority of this particular product type that is identified. Google also says that over the next few months they’ll be expanding the feature’s identification skills to other types of products as well.

Citing millions of global clicks for their Similar Items carousel, Google says that users have been heavily requesting the ability to see information in the image search results about pricing and availability of products that were showing up in the images, so this is a big part of why they came up with Similar Items in the first place. Google intends to make Similar Items available on more platforms this year by right now it’s only usable from the mobile web and through the Google Search app on Android devices. This means users on other mobile smartphone platforms can still interact with it from their phone’s mobile browser on the Google website. 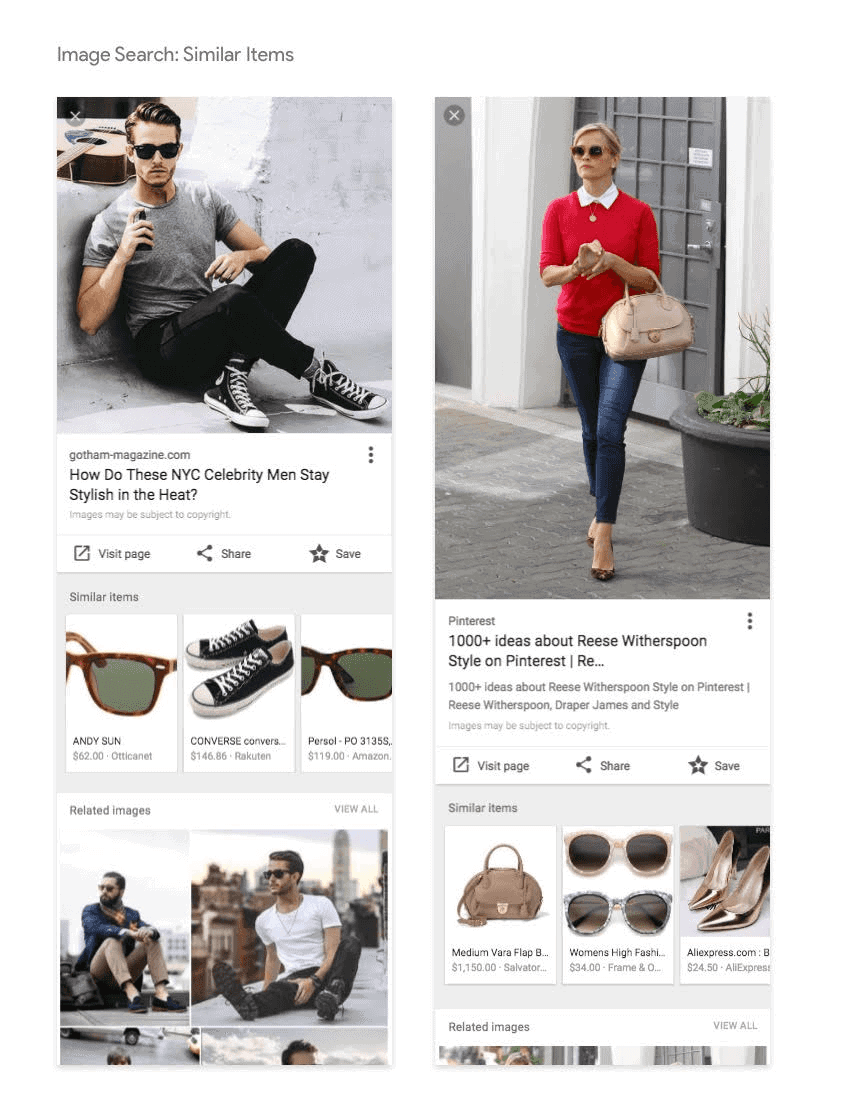