It seems like Samsung Korea is receiving display-related complaints from customers already. Those complaints are related to a reddish tint on the Galaxy S8’s and Galaxy S8 Plus’ displays it seems, and you can see the problem in the provided image. Some consumers that pre-ordered one of the two devices started complaining online regarding this issue, and a number of them shared images in order to better explain what they’re talking about, read on.

“After I read articles that there are many reddish panels, I checked mine. I was also unlucky. Should I change it?” one user wrote, while another one shared a photo of the phone (provided below the article) and said the following: “Can you please check mine, whether this is too red or not?”. Now, Samsung quickly issued a response to such issues by saying the following: “It is not a quality problem and it can be adjusted with the phone itself. If the color still appears to be reddish, customers can change it at the service center”. So, it seems like consumers can tweak this in the display settings of the device, and if they still find issues with it, they can exchange their phone. Despite the fact Samsung offered consumers a solution to the problem, some of them say that tweaking the display settings does not solve this issue, which is not good, of course.

Now, an unnamed industry insider tried to explain what is going on here, he said that Samsung is using ‘deep red technology’ to have color balance for their new flagship smartphones, and that itself is not the issue, but the fact that Samsung was not able to properly balance colors on the Galaxy S8 and Galaxy S8 Plus because they were in a hurry to mass produce them, at least that’s what the industry insider says. Now, if an industry insider is to be believed, this is an issue that basically every Galaxy S8 and Galaxy S8 Plus smartphone will have, at least every smartphone from the first batch that Samsung shipped. Now, the question is, can Samsung fix this with a software update? Well, the answer to that is probably yes, so we’ll see what will happen, as some consumers are getting really irritated already. 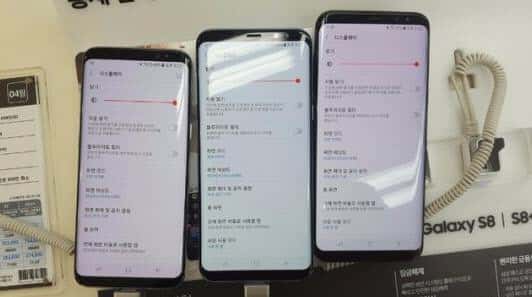