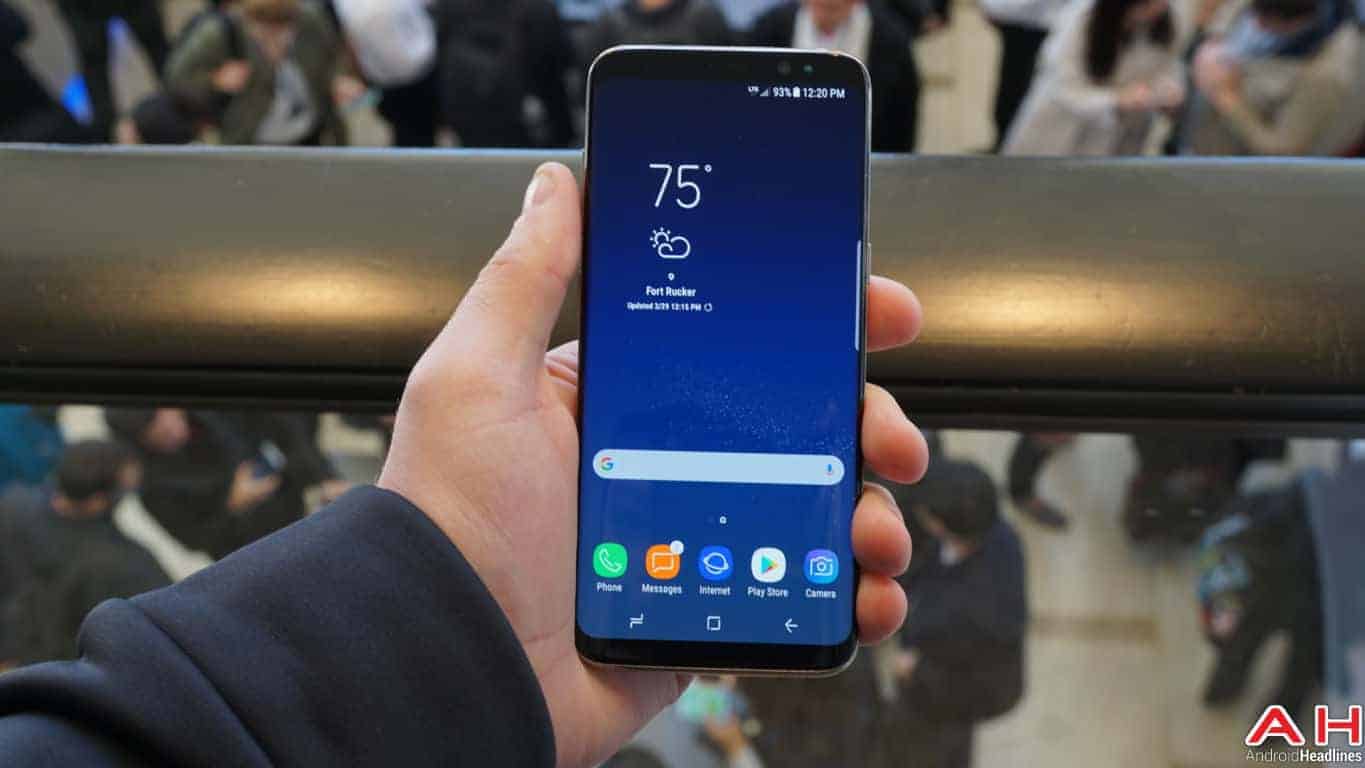 At least four wireless carriers in Canada will deliver pre-orders on the Galaxy S8 and the Galaxy S8 Plus ahead of time, MobileSyrup confirmed. Bell, Rogers, Telus, and Videotron have promised that most of their customers who pre-orders either member of Samsung's latest flagship lineup will receive their new handset on Monday, April 17. That promise means Canadian customers who order the Galaxy S8 and the Galaxy S8 Plus in advance will receive their devices four days before they officially launch worldwide, as Samsung recently announced the global release date of its pair of flagships is slated for Friday, April 21.

All major mobile service providers in the country previously confirmed the Galaxy S8 will start at $249.99 CAD with a two-year contract, while the Galaxy S8 Plus will be available on 24-month contracts for an upfront fee of $319.99 CAD. The new AKG earphones that were officially unveiled last week will be bundled with both devices in Canada, a local branch of Samsung already confirmed. Canadian customers interested in getting their hands on the Galaxy S8 and the Galaxy S8 Plus ahead of time would do well to hurry as it's possible the handsets will be in short supply in the coming months and early deliveries of pre-orders are only guaranteed to customers who make their orders by April 11.

Following much anticipation and dozens of leaks, Samsung finally unveiled its latest flagship duo in late March, boasting about a number of new and unique features meant to differentiate the Galaxy S8 and the Galaxy S8 Plus from their competitors. While both smartphones are powered by high-end hardware, some of their main selling points are software-based. This includes Bixby, Samsung's recently announced artificial intelligence (AI) assistant that's deeply integrated into many default apps that come pre-installed on the Galaxy S8 and the Galaxy S8 Plus. Besides being able to hold a meaningful conversation, Bixby can also make payments, conduct a visual search using the camera of its host device, and accomplish a number of other unique tasks, Samsung revealed. While Bixby will initially only be able to interact with users in Korean and American English, the voice-enabled companion will be updated with support for more languages in the coming months, the company said, though it has yet to provide a specific time frame to accompany that announcement. Regardless, more information should follow soon seeing how the Galaxy S8 and the Galaxy S8 Plus will be hitting the market in less than three weeks.