Chemists at the University of California, Riverside invented a new self-healing smartphone screen material that has the potential to solve the expensive problem of cracked smartphone displays permanently. One of the most annoying things that can happen to your smartphone is screen damage. Today if such a scenario happens, handset users have two options at their disposal – either replace the phone’s screen for an additional fee or buy a new handset altogether. Well thanks to the new screen material, in the near future smartphones with bruised displays will simply be able to self-heal the damage.

The new display material is made of a stretchable polymer and an ionic salt and can stretch up to 50 times its original size. The scientists conducting the self-healing material research performed several tests including tearing it in half and found it took under 24 hours for the material to stitch itself back together. The “miracle” was made possible by the presence of ion-dipole interactions – a unique type of bond found within the material. These interactions are in fact attractive forces resultant from electrostatic attraction between charged ions and polar molecules. So when a tear appears on the display, the attraction force created between the molecules and ions making up the screen, works to fill the created void.

One of the scientists leading the research, Chao Wang claims his team was the first to create a self-healing material that can conduct electricity. Self-healing materials aren’t exactly a novelty. Remember that the LG G Flex featured a self-healing back, which magically reformed any scratches within a few minutes?  The phone launched almost four years ago, but the problem with the material used to make up the back cover was that it could not conduct electricity. Smartphone screens rely on a grid of electrons located beneath to interpret users’ taps and swipes, so LG couldn’t use the material for the phone display. But the new material invented by Wang’s team is a completely different story. Self-healing smartphone displays won’t become available immediately, as Wang predicts the new material will become available commercially in phones and batteries by 2020. He believes that within 3 years, more self-healing products will be made available on the market. The group of scientists is expected to present their research findings during the American Chemical Society on April 4. 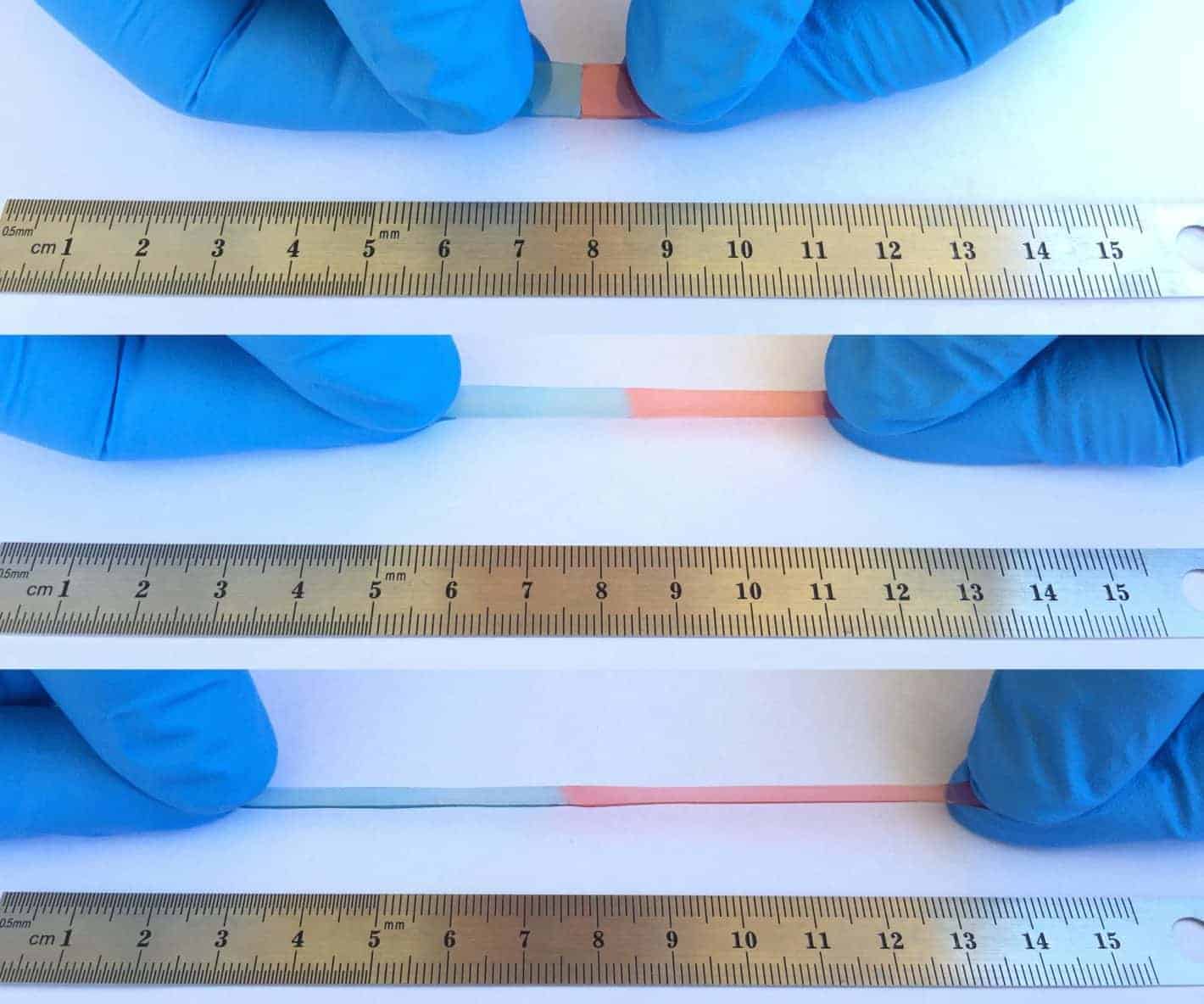