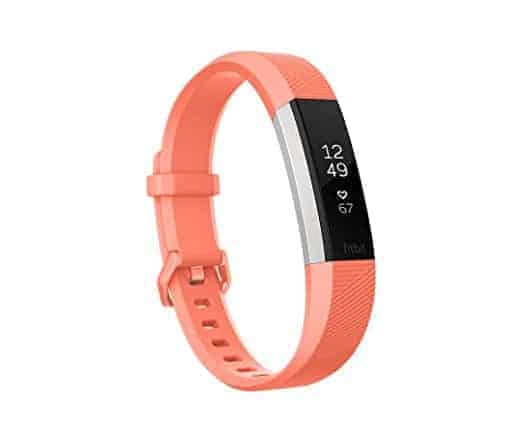 The Fitbit Alta HR is offered in four colors, black, blue/gray, fuchsia, and coral. For the special edition, you have two options. One is black and gunmetal stainless steel while the other is soft pink and is 22k rose gold plated. Of course, like the original Alta, and the Charge 2, the Alta HR's bands can be swapped out for others, including leather and metal bands. Allowing users to really make their own style with the Fitbit Alta HR. This fitness tracker is largely the same as the Alta, but the main difference here is the added heart rate tracker. Adding in this heart rate monitor means that users will be able to keep a better account on their workouts, and just how hard they are going while they are at the gym. They'll also get to see what their resting heart rate is and much more.

Like other fitness trackers from Fitbit, the Alta HR will track your sleep, as well as your activity and workouts, and even the calories you've burned. So if you are looking to get a bit more active, or simply want to lose weight, the Fitbit Alta HR is a good one to check out. It can sync with both Android and iOS devices with ease. The Fitbit Alta HR is a great choice for someone that wants a fitness tracker that isn't overly large, like the Fitbit Surge or even the Charge 2, but still wants something that can track their heart rate. You can pick up the Fitbit Alta HR from a number of retailers today, through the links below. Many are offering free two-day shipping, making it easier for the device to get to your home quicker.