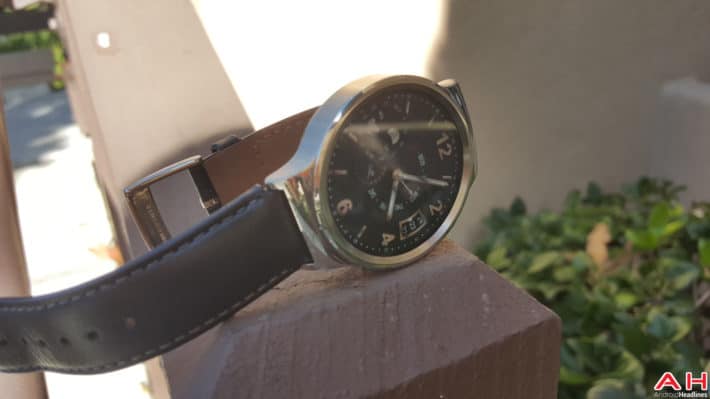 Huawei's excellent 2015 smartwatch may have turned heads despite its lack of NFC, but a report from Ausdroid based on a statement from Huawei says that not only does the Huawei Watch have NFC on board that's simply been disabled in the watch's software, but that Android Pay is in testing for the venerable timepiece. The first-generation Huawei Watch just recently got its update to Android Wear 2.0, but without NFC, many features, including Android Pay, were decidedly not going to be a part of the experience. Huawei's revelation that the Huawei Watch had an NFC chip on board all along came with word that an update to enable NFC and Android Pay will be coming this year, most likely around the third quarter.

The original Huawei Watch not only features a hidden NFC chip, but it's able to take advantage of Android Wear 2.0's much more phone-independent feature set, such as watches having their own Play Store to grab apps from, and Google Assistant being built in, thanks to other hardware features like built-in Wi-Fi and a microphone. A fairly large battery is on board to ensure that users can mess around on the Play Store, customize watch faces, use Google Assistant, and soon, pay with their watch, for a decent amount of time between charges.

The Huawei Watch is one of the most full-featured of the pre-Android Wear 2.0 watches out there, though it still lacks a few things, such as a rotating dial, that are built into Android Wear 2.0 and are likely to become the new norm for Android Wear devices. While it does lack some newer features, the first generation Huawei Watch is still a great option, and the debut of the Huawei Watch 2 has brought the price down significantly in secondhand markets.  The second-generation Huawei Watch 2, on the other hand, boasts a much larger number of features, including Android Pay and the Play Store being available out of the box. While a bit pricier because of its newness, it boasts a vastly different design and far more features, making it an even better option than its forebearer, for those who are willing to shell out for it.