Facebook recently started testing Rocket Feed, a new feature seemingly designed to serve as an alternative to the regular News Feed. The existence of the new functionality was revealed by one Ryan Hoover who recently took to Twitter to share a screenshot of the Rocket Feed that can be seen below. The feature is seemingly only live for a limited number of users and reportedly doesn't affect desktop users. On mobile, the Rocket Feed can be opened by tapping the rocket icon located to the right of the News Feed icon in the bottom navigation bar of the app. Doing so presents users with a feed that's populated by articles and video content. While it doesn't exclusively feature news and a lot of the headlines seen in the feed can be categorized as regular entertainment, the experimental tab is still seemingly more reminiscent of a news feed than the actual Facebook News Feed is.

Rocket Feed seems to be using similar recommendation algorithms to those utilized by the standard Facebook News Feed as it suggests content based on other content you've previously liked, as well as content that's been liked by your closest friends and interest groups. The Menlo Park-based social media giant has been testing the new functionality for the last several weeks, a representative of the company said in a statement provided to Business Insider. Apart from articles and video content, Rocket Feed can also display individual images, the representative said, but didn't clarify on the matter. The new feature was apparently developed in response to the need of some Facebook users to easily discover new and interesting content, though it's currently unclear why Facebook opted to create an alternative feed instead of changing the existing one or at least offering more customization options for the regular News Feed. Some industry watchers claim the company is looking to introduce new sections of its social media service as it's running out of space where it can display ads – a problem that a second News Feed would likely resolve.

Regardless, there's still no information regarding how long Facebook is planning to test the new feature or whether the functionality will be available in more markets in the near future, though Business Insider claims that Rocket Feed is now live in certain parts of the United States, so more details on the matter may follow shortly. 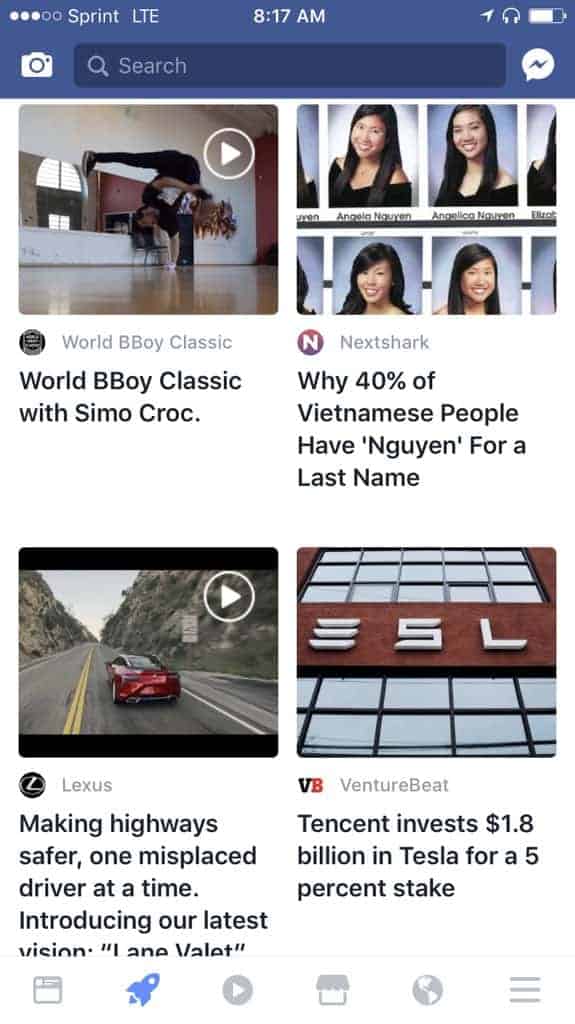