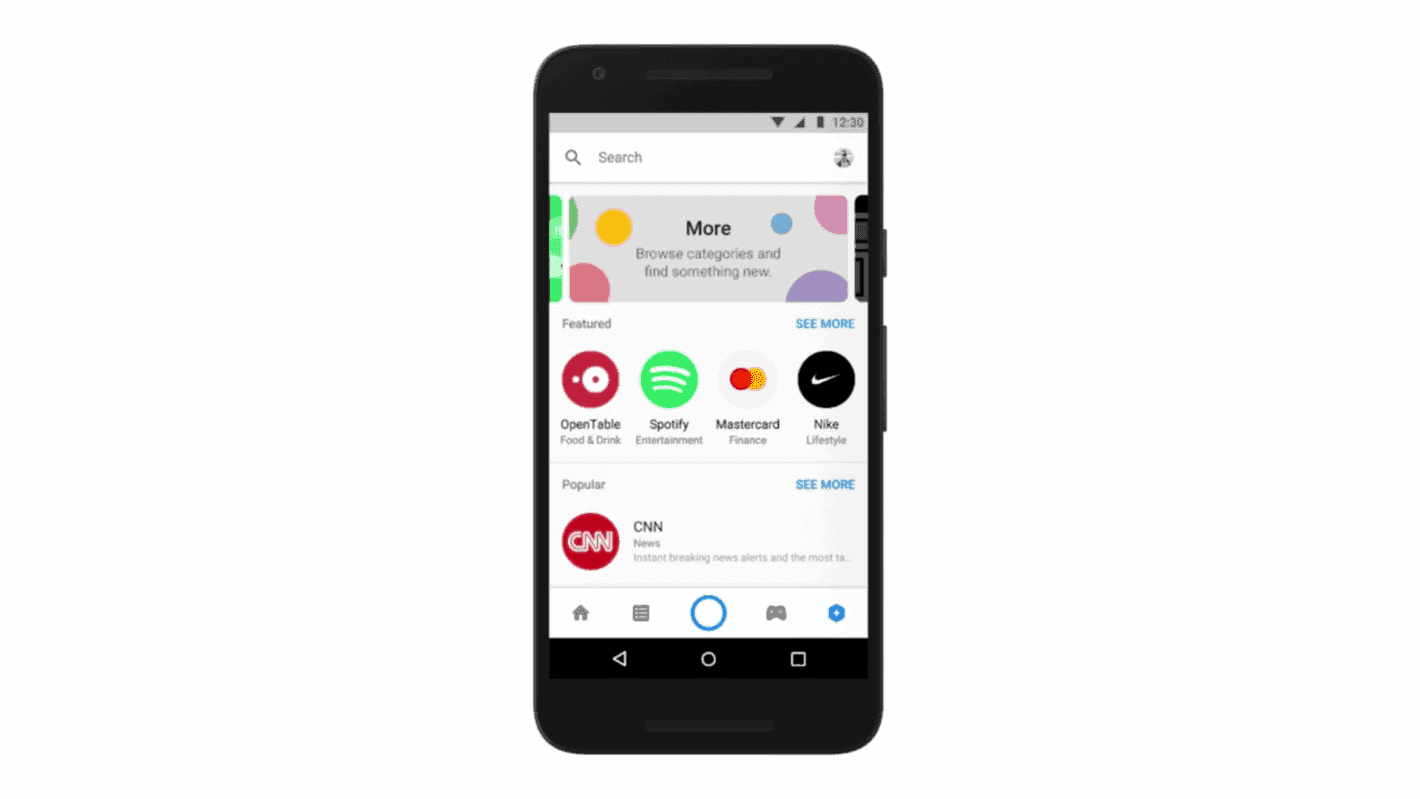 At Facebook's annual F8 conference the company has announced improvements to its Messenger app, with bots being the main focus. Last year at F8 2016 Facebook announced Messenger's bot platform. The hope was to attract businesses and brands in the hope of improving communication with customers and these companies. Now, from a commercial and developer point of view, the bots certainly have huge potential, there is only one problem: accessibility to them. Until today, finding bots and adding them to Messenger has been something that not many users have known how to do, but now this is changing. Facebook has announced a new discover tab that will categorize bots by industry, allowing users to easily search for any bots that may interest them.

In addition to the new discover tab, Messenger will now also provide all bot creators with their own unique QR code which, when scanned by a user, will open a conversation with their respective bot. To further entice users, Facebook has also announced Chat Extensions. With this feature, users are able to create chat groups and add a bot specifically to that group, therefore allowing everybody to have access to the bot's features simultaneously. According to the company, this will allow users to easily share content with each other, be it a song, a news article, or even a restaurant's menu while also benefiting developers due to an increased exposure to their bots. Currently, brands such as TheScore, OpenTable, Food Network, the NBA, The Wall Street Journal, Kayak and even Spotify are all offering their own bots, with other companies coming in the future.

Aside from these enhancements, the company has also introduced improvements to its M assistant, with it now being able to make suggestions in conversations, such as stickers, reminders, or simple ways to make payments. Thanks to this last detail, Messenger now officially supports the ability to order food through delivery.com. Lastly, Messenger now includes game bots, turn-by-turn games and an improvement to the way friends can challenge friends with the Games tab. With all of these improvement being announced today, it's clear how focused Facebook is on making Messenger the number one messaging app. All that's left to see, though, is how popular bots will become once all users have access to the Discovery tab.