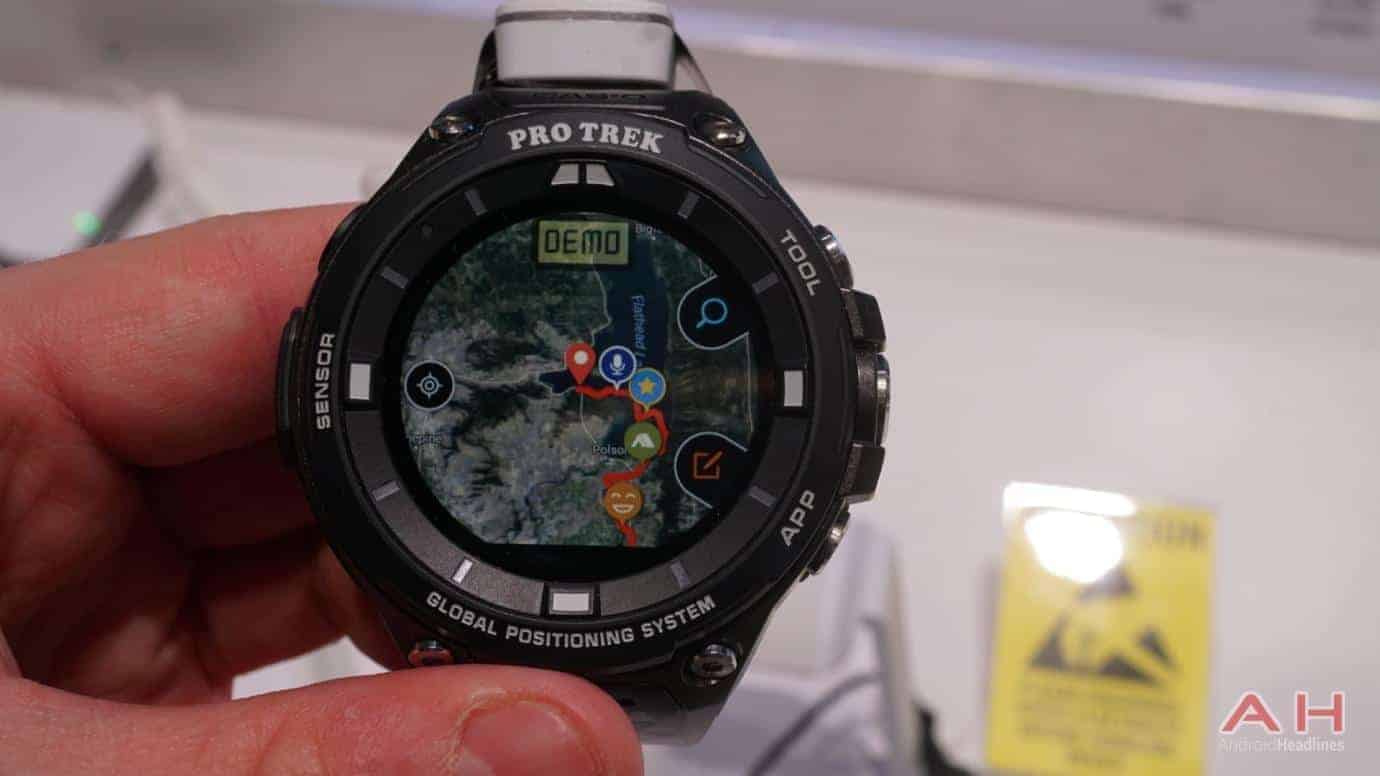 CASIO’s $499 WSD-F20 Pro Trek smartwatch is now available to buy in the U.S. and it’s already available on Amazon in two different colors, which includes Black and Orange. Both colors come with the same black colored wristband but the body of the watch is different. This is CASIO’s second Android Wear smartwatch and unlike the original model it comes running on Android Wear 2.0 software right out of the box, but it doesn’t stop there with features as it’s jam packed with built-in GPS, a ruggedized design, and it’s water resistant up to 50 meters.

CASIO first announced the Pro Trek back during CES in the beginning of this year, but at the time it wasn’t available to buy and they hadn’t announced any pricing details, just that the watch would be available on April 21st, which was just a few days ago so it seems that CASIO launched the WSD-F20 Pro Trek on schedule as planned, and the watch has shown up over at Amazon for purchase, though it’s also available for purchase over at CASIO’s own website if you prefer to place your orders there instead.

In addition to its rugged build quality and design, the Pro Trek comes equipped with a host of features and sensors including a barometer, an altimeter, the activity tracker, a digital compass and more. CASIO has even included a watch face that you will only find on the Pro Trek exclusively which is great for those who love having unique watch faces. The watch carries a 1.32-inch display and it’s powered by a battery that boasts up to 25 hours of battery life. It has 512MB of RAM and 4GB of internal storage just like you’ll find on most other Android Wear devices, and it has a military-standard 810g rating which is what helps to give it that durable build quality that appeals to some users. $499 is definitely one of the higher costs for an Android Wear smartwatch that isn’t coming from a luxury watch maker, but if you need something that’s rugged and can pretty much stand up to anything you throw at it, this is one to consider.