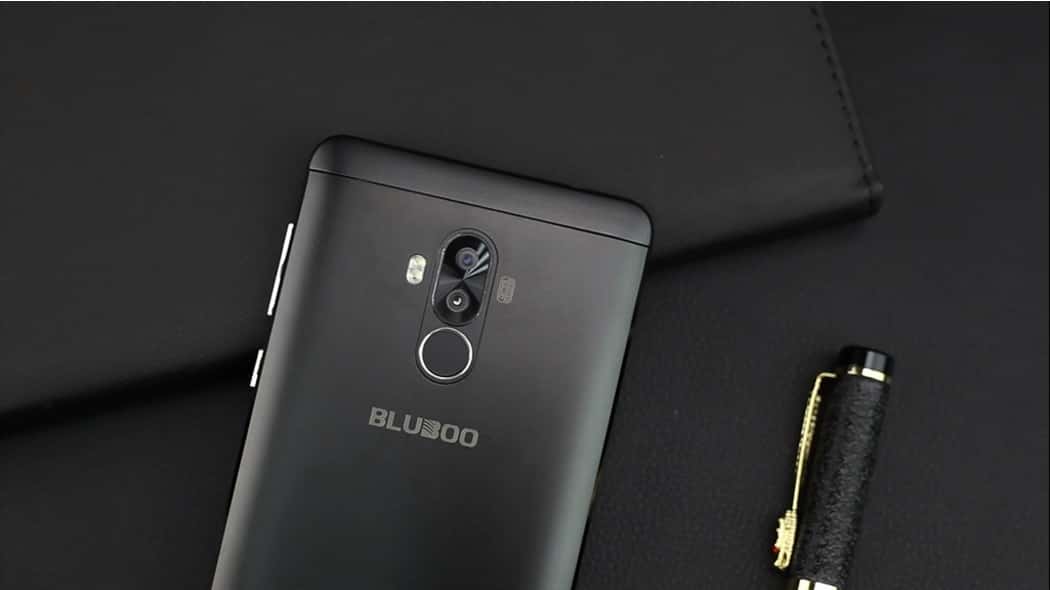 The BLUBOO D1 is not only one of the newest smartphones to come from BLUBOO, but it is also one of the most affordable. Which may lead some to assume that the value on offer with this one is a little compromised. However, that does not seem to be the case. While this is a smartphone that is so cheap that BLUBOO refers to it as a “budget killer” it is still one which comes packed with a decent spec list and features. In fact, to highlight just how much value is on offer with the $69.99 priced BLUBOO D1, the company has released a review video of the smartphone, which you can check out below.

Beforehand though, and to highlight the sum of the video, the specs on offer with the BLUBOO D1 include a 5-inch SHARP display with a 1280 x 720 resolution. Inside, the BLUBOO D1 comes loaded with 2GB RAM, 16GB internal storage, and is powered by a MediaTek MT6580A quad-core SoC (clocked at 1.3 GHz). Cameras are a big deal with this smartphone, as in spite of the price, the BLUBOO D1 comes packing a rear dual camera setup which is spearheaded by an 8-megapixel rear camera, accompanied by a 2-megapixel secondary camera. While the front-facing camera comes in 5-megapixel form. Additional aspect worth noting, include dual-SIM support, a rear positioned fingerprint sensor, a 2,300 mAh battery, and Android 7.0 (Nougat) as the pre-installed operating system. 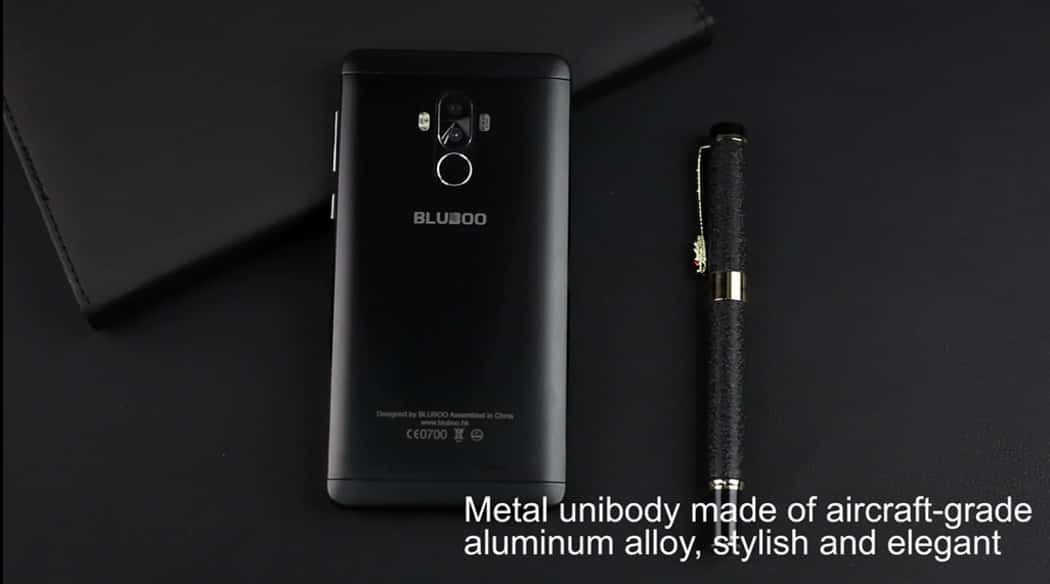 The review also places a good deal of focus on the build quality. Which is again understandable, considering smartphones as cheap as this normally do suffer in this particular department. However, BLUBOO notes that the BLUBOO D1 has been designed with quality in mind and compared to a number of its compatriots, comes equipped with an aircraft grade aluminum alloy unibody build. In addition, the body has been made to curved on both the front and back of the device to offer a more comfortable grip. On the back of the device you will find a number of the usual suspects, including the rear dual cameras, the dual LED flash and the fingerprint sensor. While the front of the device comes equipped with capacitive buttons, a selfie softlight, and a breathing light. The latter of which is used to offer the device owner instant visual notification access by glowing in certain colors to denote certain notifications. Closing out the design aspects and the included 5-inch SHARP HD display has been designed to offer a screen which can be viewed from all angles and is responsive when used. 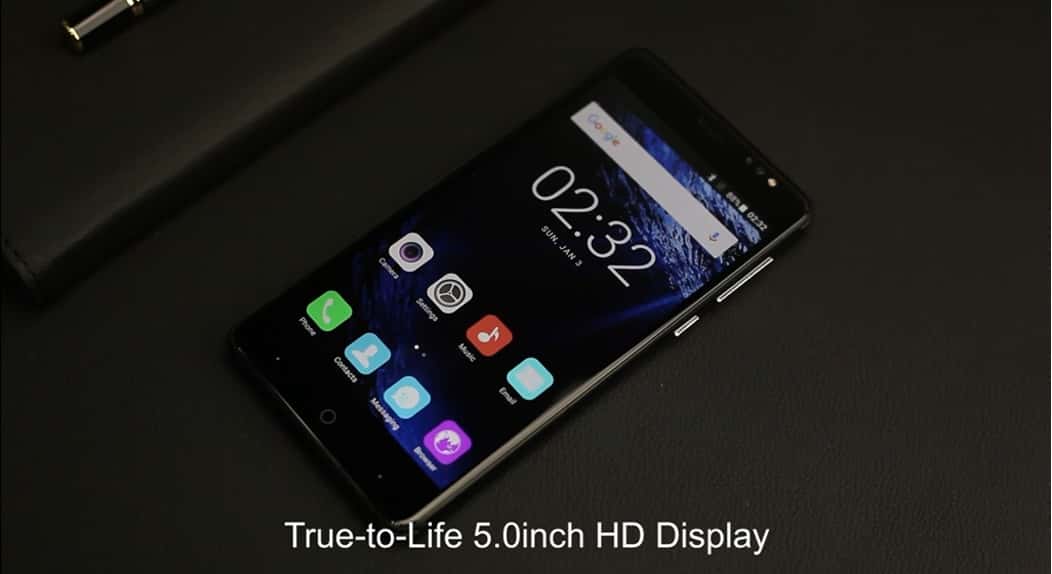 In spite of the price, BLUBOO is also making it clear that this is a smartphone that is designed to perform, largely thanks to the inclusion of the 2GB RAM coupled with the MediaTek MTK6580A SoC. A combination which BLUBOO notes results in smartphone that is able to adequately deal with day-to-day usage. Noting that the device did score 24,254 when tested on AnTuTu. Storage is also unlikely to be an issue, as in addition to the included 16GB internal storage, the BLUBOO D1 also comes loaded with 256GB of expandable storage via microSD. While added security is on offer here too, thanks to the BLUBOO D1 coming equipped with a fingerprint sensor, which is said to be able to unlock a device in under 0.1 seconds. This is in addition to being able to scan 5 different fingerprints and make use of 360-degree fingerprint recognition. 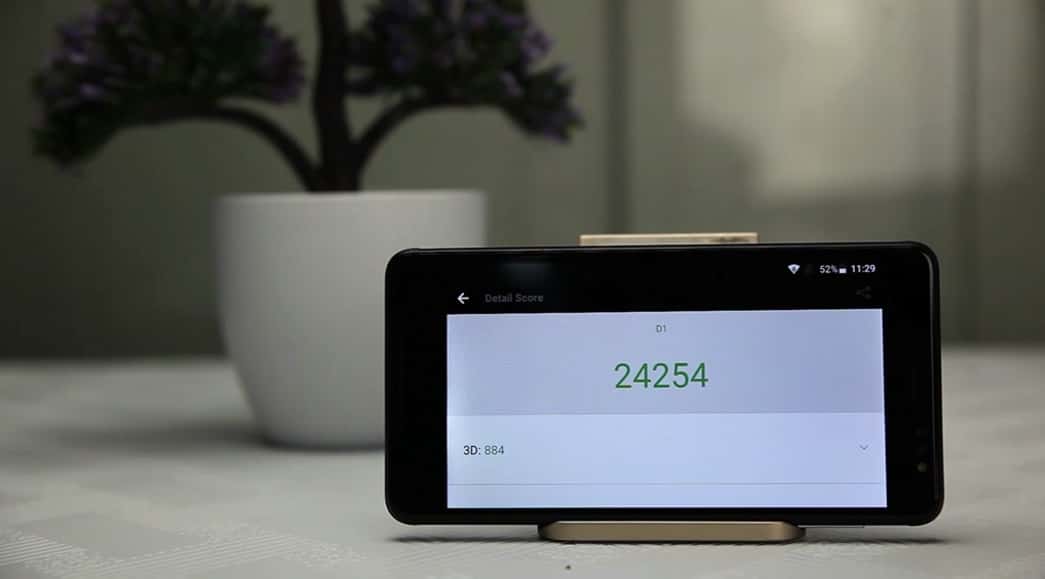 Of course, the cameras are one of the big selling points here and in particular, the dual rear cameras. BLUBOO note that the BLUBOO D1 comes loaded with a ‘normal’ mode and a ‘DSLR’ mode, with the difference being that the DSLR mode draws on the secondary camera to offer bokeh detailed images, including sharper foregrounds and blurrier backgrounds. While the normal mode looks to offer a quicker and more traditional smartphone camera experience. However, the software in play here is also one of the key camera selling points as BLUBOO has included a ‘selfie softlight’ which is designed to ensure selfies look as good as the can by adding a softer level of light distribution across the taken image. As demonstrated below. 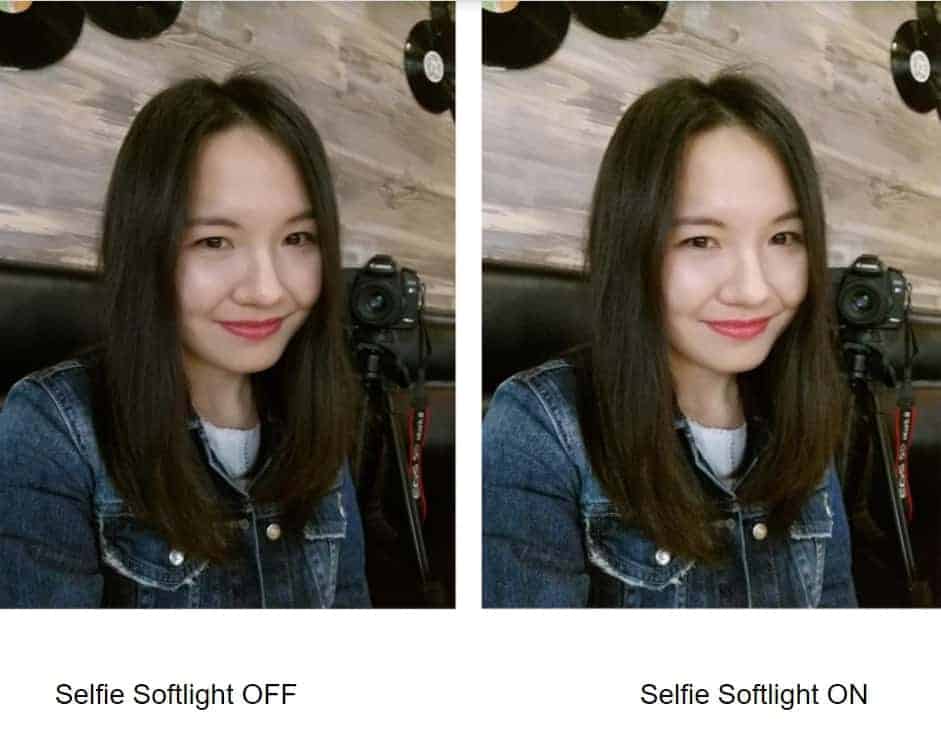 So there you have it. This is BLUBOO's latest smartphone and in spite of being one that is priced at only $69.99, is a smartphone that seems to be offering quite a lot and certainly more than you might find on similarly-priced smartphones. For those in the market for a smartphone as cheap as this, the BLUBOO D1 currently remains in its pre-order status and will do until May 7. At which point, the price is expected to rise slightly as the $69.99 is more of a launch price for the smartphone. Those interested in knowing more, can find out more (or pre-order the handset) through the links below. In addition to checking out the new BLUBOO D1 video review released today.

More info: BLUBOO D1 Pre-order BLUBOO D1
Advertisement
Trusted By Millions
Independent, Expert Android News You Can Trust, Since 2010
Publishing More Android Than Anyone Else
31
Today
31
This Week
32
This Month
4797
This Year
106274
All Time
Advertisement