Skip to content
Advertisement
Trusted By Millions
Independent, Expert Android News You Can Trust, Since 2010
Publishing More Android Than Anyone Else
28
Today
64
This Week
772
This Month
7983
This Year
117927
All Time
Advertisement VPN services can come in really handy in a number of situations. Let’s say, for example, that you’re trying to access content that is limited to one country for some reason, well, with some help from a VPN service, you can do that without a problem. Same goes for when you’re traveling, let’s say you’re visiting China or some similar country which blocks a ton of internet content, well, VPN services can come in handy in those situations as well. All in all, VPNs are really useful to some people, and luckily for us, there are a ton of compelling VPN applications for Android, and we’re here to share ten different options. Do keep in mind that we did not list these apps in any particular order, all of them are quite compelling, so… let’s get started. 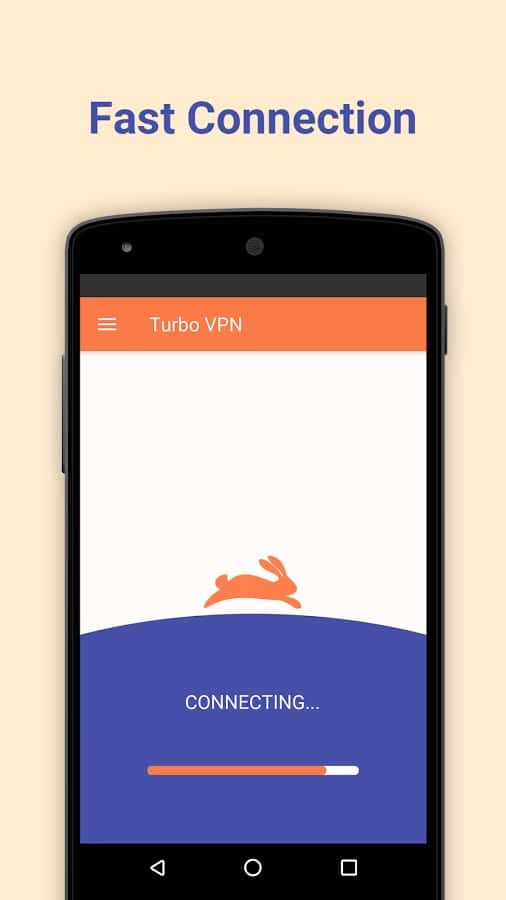 Turbo VPN is, without a doubt, one of the best VPN apps out there, and also one of the best rated ones. This application is free to download and use, though ads are a part of the experience, so keep that in mind. Using this app, you can connect to a VPN server in one tap, and it works with WiFi, LTE, 3G and basically all mobile carriers. The design of this application is also quite compelling, it’s simple, and yet effective. 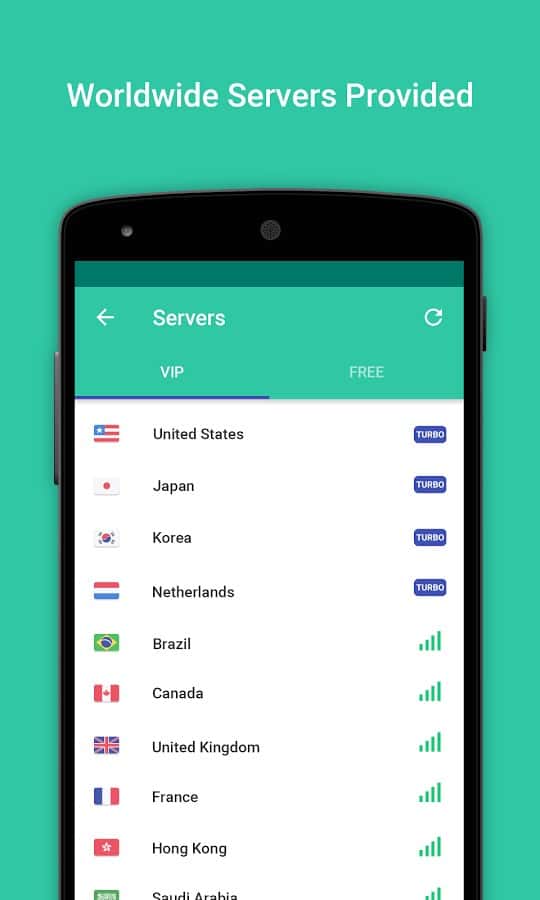 VPN Proxy Master app also comes with a flat, nice looking design. This app is, much like Turbo VPN, free to use, though it also contains ads, and on top of that, in-app purchases as well. This app has all the necessary options for a VPN app, and it encrypts data using OpenVPN protocols (UDP / TCP), just in case you’re worried about security. You will get a number of perks if you decide to spend some cash on this app, though, so keep that in mind. 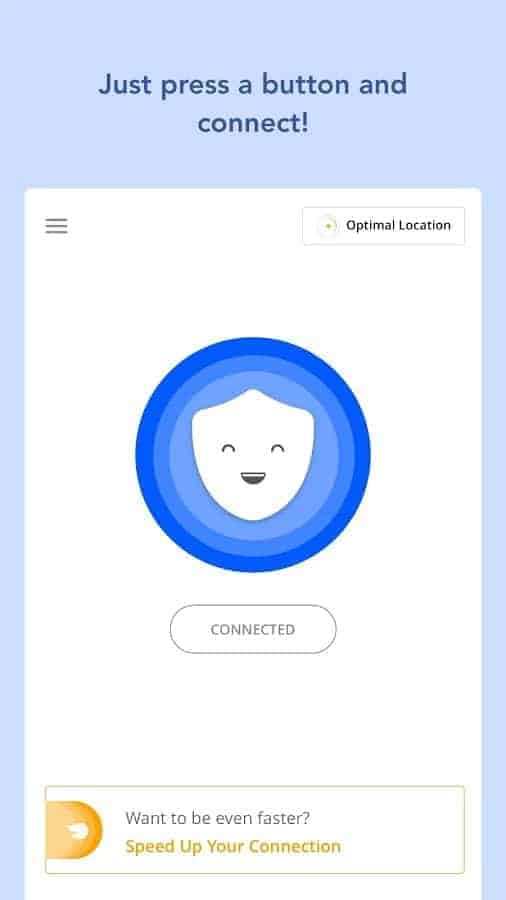 ‘Free VPN –Betternet WiFi Proxy’ is yet another app that lets you use VPN for free, and it’s also packed with a number of additional features. You can unblock apps and websites using this application, while it also provides really fast VPN connection, as do other apps on this list, actually. This app looks somewhat different than the first two we talked about, but it’s still really nice looking. 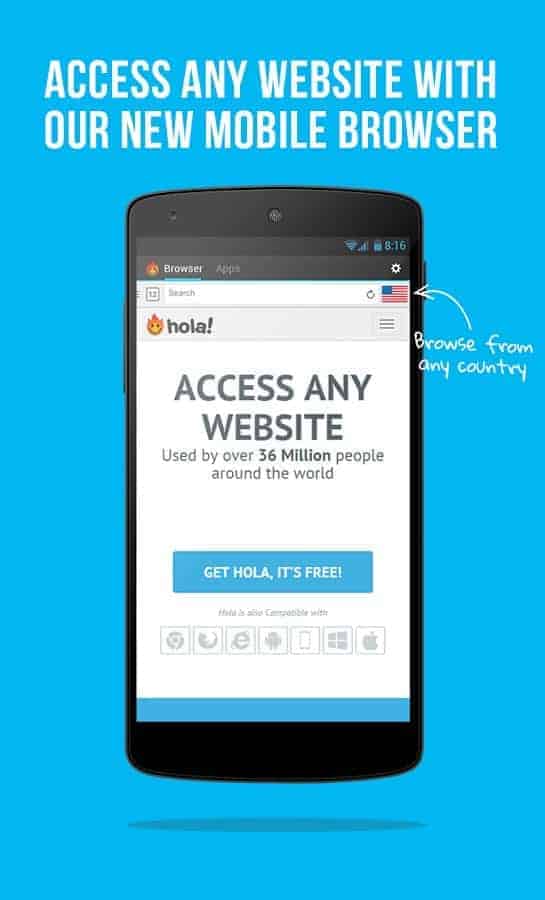 Hola VPN app is one of the more popular VPN apps out there. Some of you might have used this app through Chrome already, as a Chrome extension variant of Hola VPN is also available. In any case, Hola VPN is also a free service, though Hola offers a paid service as well, for businesses, not for personal use, you can use Hola for non-business use as long as you want for free, there are no restrictions. 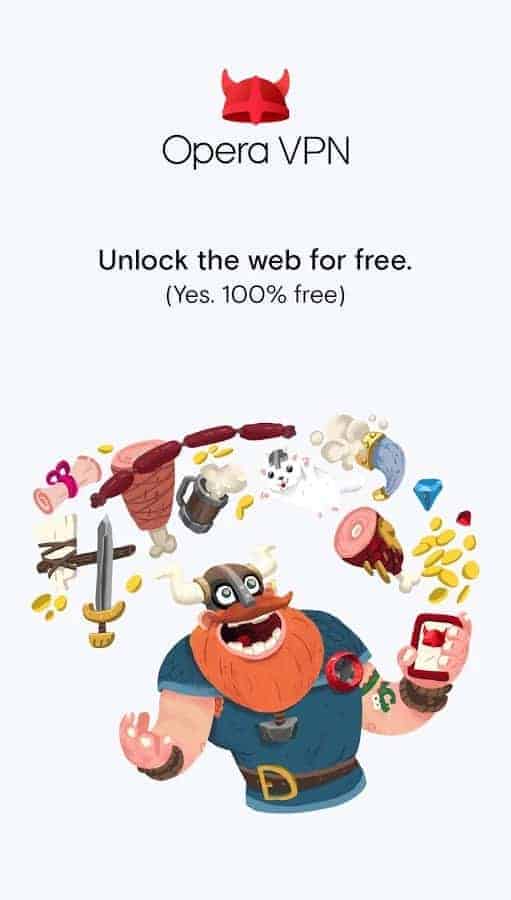 Opera VPN is quite probably the most popular app on this list, next to Hola’s offerings. Opera VPN is an extremely simple app, and yet it’s quite effective if you’re looking for a functional VPN solution. All you have to do is install this app, and fire it up, that’s it, no additional setup needed. This application comes with a built-in ad tracker blocker in order to stop advertising companies keep track of you. 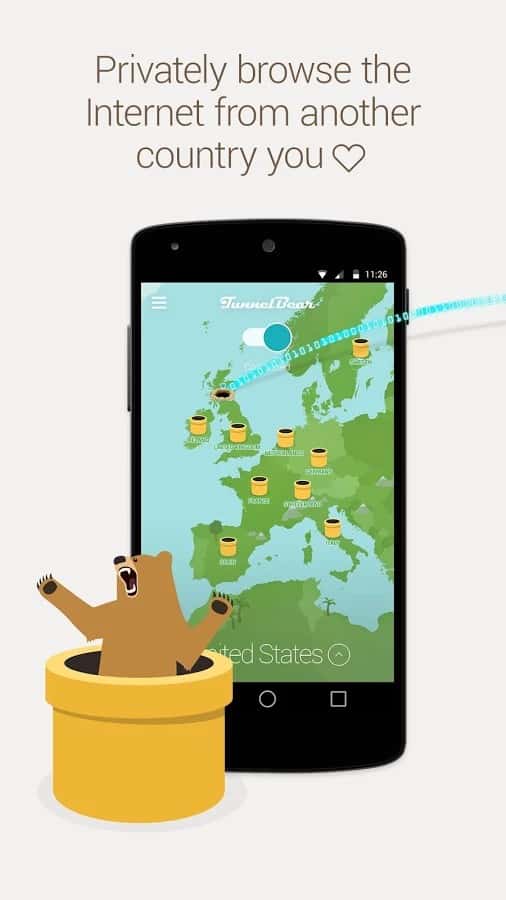 TunnelBear VPN offers pretty much the same functions as the majority apps on this list, you do get everything you need in order to access some region-locked content, no matter where you are, as long as you have an internet connection, of course. This is a very simple app, and quite visual actually, unlike some other apps on this list. The developer of this app also boasts about their customer support, though we haven’t had the chance to try it out just yet. 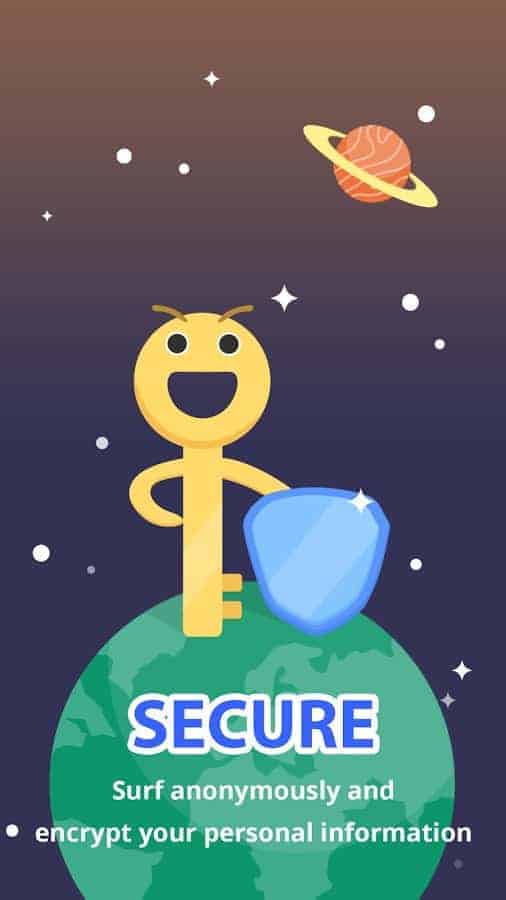 This is yet another free, and highly rated app from the Play Store, which actually works really well. It offers you regular VPN services, while it’s safe and fast. This app also looks really nice, flat design is incorporated well here, and if that’s important to you, then this is definitely one of the VPN apps you should check out. This application contains ads, however, so do keep that in mind. 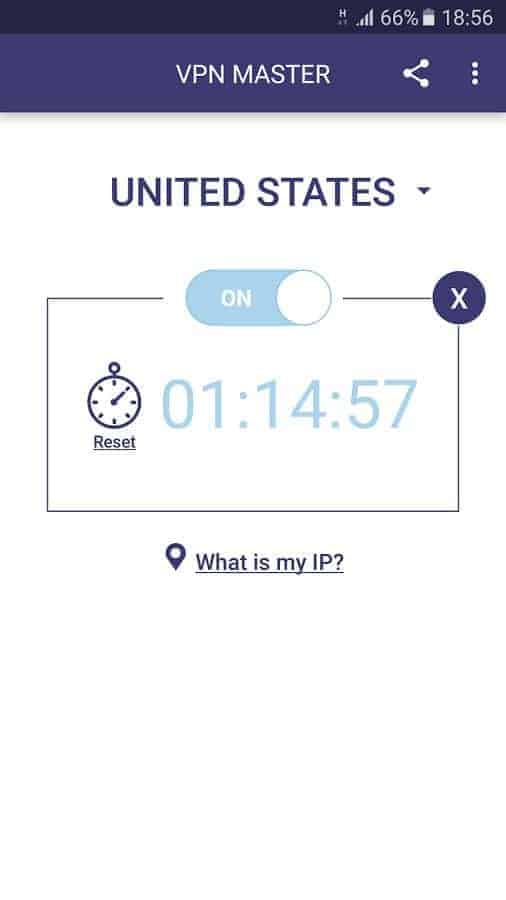 VPN Master is amongst the best rated VPN applications in the Google Play Store, and it has been downloaded over 1 million times thus far. This app’s design is flat, but it looks different than other apps on this list, which is a good thing, just in case you prefer a slightly different approach. VPN Master comes with in-app purchases and ads, but the app is free to use, and it works well. 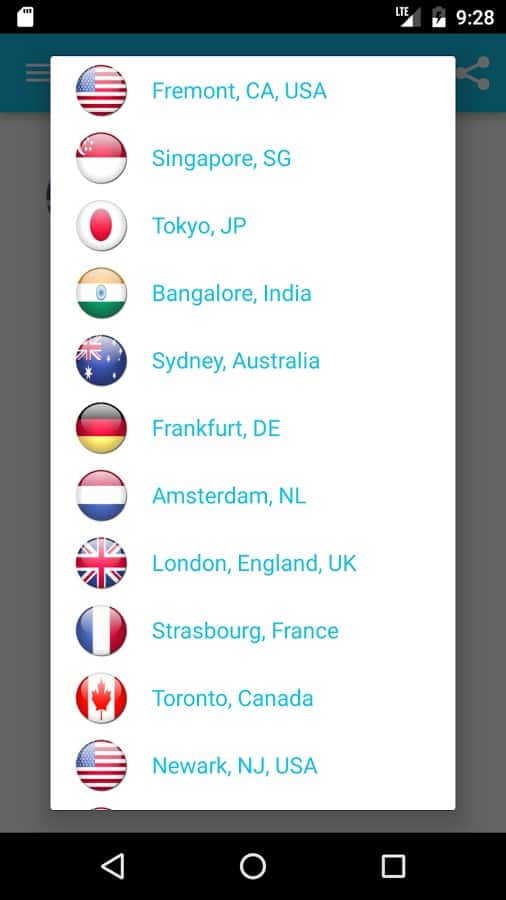 Super VPN has also been downloaded over 1 million times thus far, and people seem to like it, as it’s currently holding a 4.5-star rating in the Google Play Store. This application contains ads, but no in-app purchases, and its VPN service is also free to use, while the app is incredibly easy to use. All you have to do is fire it up and hit connect, but you can also change the preferred country in a rather visible menu on the side. 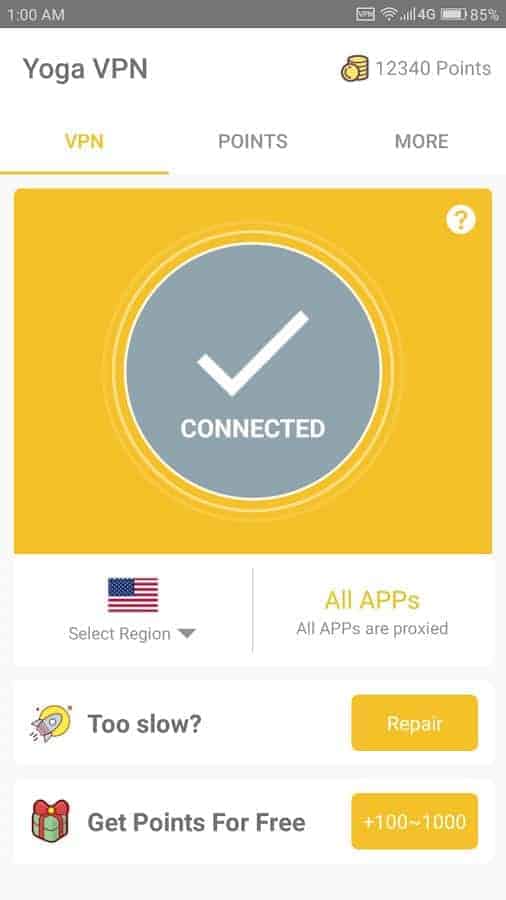 Yoga VPN looks similar to Super VPN in terms of the design, but truth be told there are several apps on this list that look similar to each other, which is not surprising. Yoga VPN does come with ads, but it’s also offering a free VPN service that is fast and safe, and you can use it as much as you want, which is also something all apps on this list have in common. This app offers you 10+ different locations all over the world to connect to, and it’s worth checking out if you’re looking for a VPN solution.