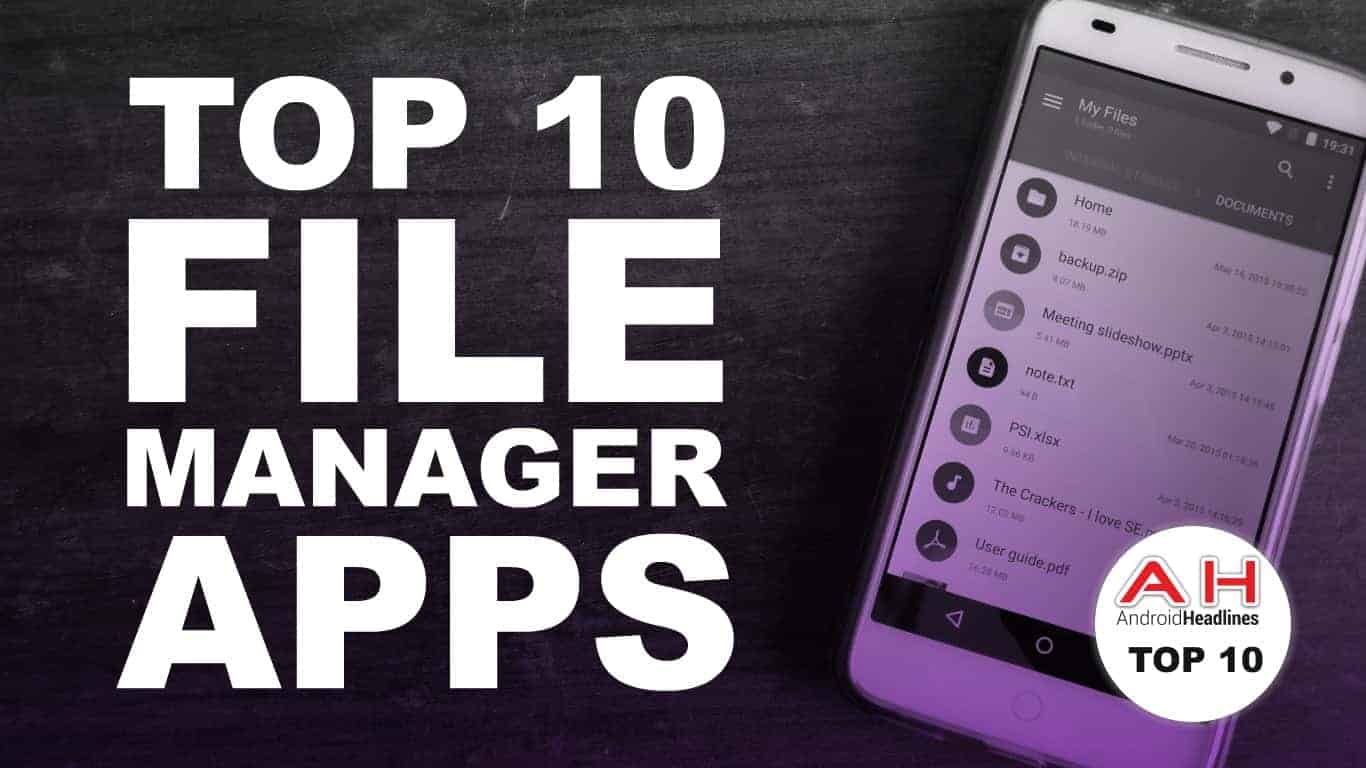 Smartphones are essentially small, handheld computers that we use on a daily basis, and as a part of that, we store a ton of files on them. Now, some files, likes pictures and videos, you can preview in various gallery applications, but for regular, miscellaneous files, you need a file explorer. Most Android smartphones these days come with a built in file manager application, but there are a ton of third-party options out there which are, in most cases, better equipped than stock file manager apps. Well, we’re here to take a look at such applications, you’ll find 10 applications down below, apps which are listed in non-specific order, and each of them is really compelling, read on. 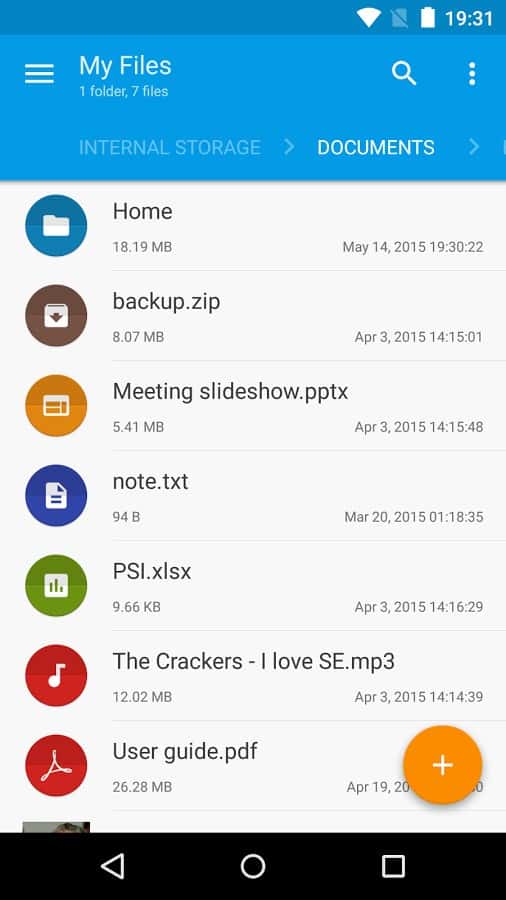 Solid Explorer is one of the most popular file manager applications out there. This app looks really nice, and lets you navigate files with ease, while it has a ton of advanced options included as part of the package. Do keep in mind that Solid Explorer is not free to use, you can use it for 14 days after which you’ll be asked to pay up if you’d like to continue using it, but considering how many options you’re getting in return, it’s a small price to pay. 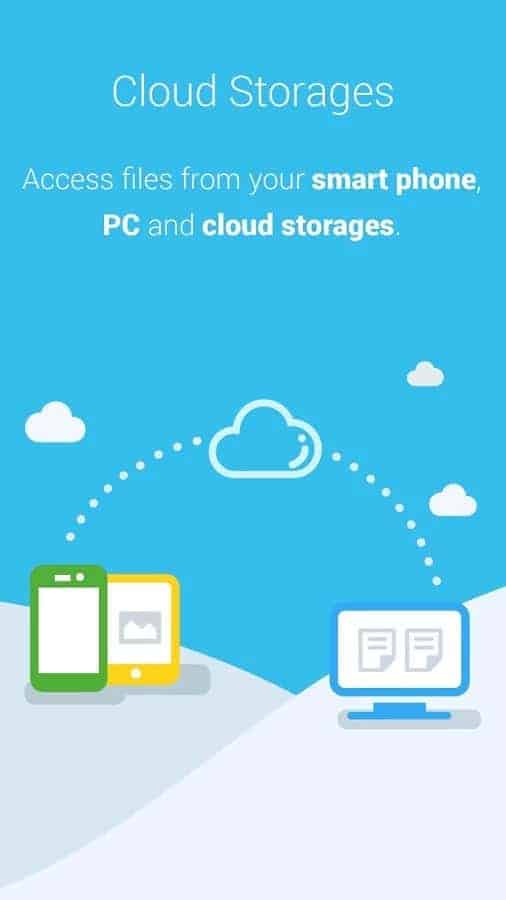 This app is simply called ‘File Manager’, but it comes from ASUS, and it is utilized on ASUS smartphones. That being said, this is also quite a versatile file manager application which comes with a ton of options which let you hide your content, sync your phone with various cloud services… and a ton of simpler options that more or less every file manager has, from cutting and moving files, to copying and pasting them. 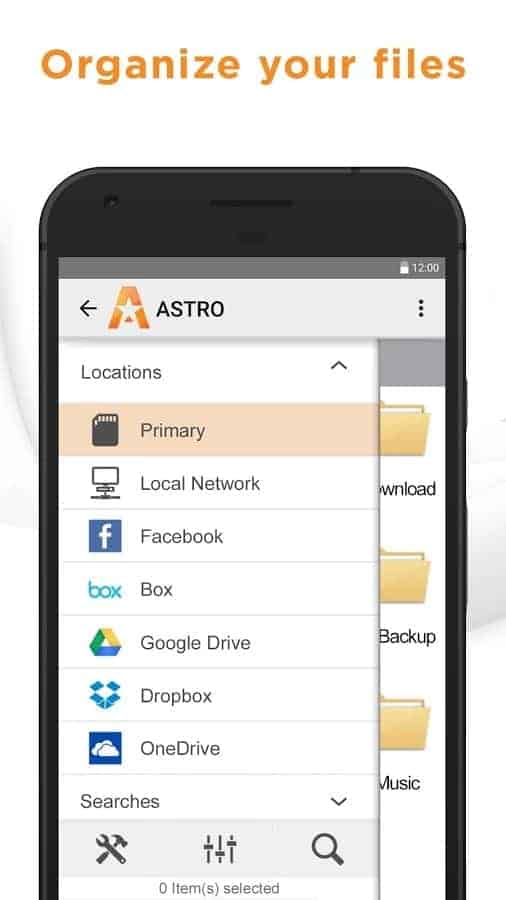 ASTRO File Manager is definitely one of the most popular applications on this list. This app has been around for a long, long time and it has been downloaded somewhere between 50 and 100 million times thus far. Much like Solid Explorer, this app has a ton of options and offers a really nice design as well. No matter if you need an app manager, task killer or a download manager, this app has you covered. 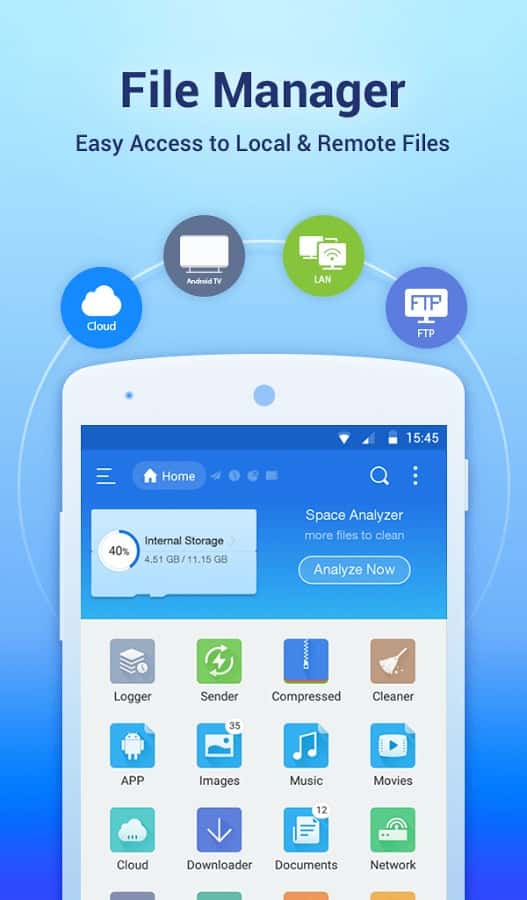 ES File Explorer has been downloaded over 100 million times thus far, and aside from being a well-equipped file explorer / manager, this app can also sync with various cloud storage services, serve as your root explorer, clean your smartphone’s cache, observe your smartphone’s charging… and so much more. This is one of the most feature-packed applications on this list, that’s for sure, and it’s free to use, though it contains ads. 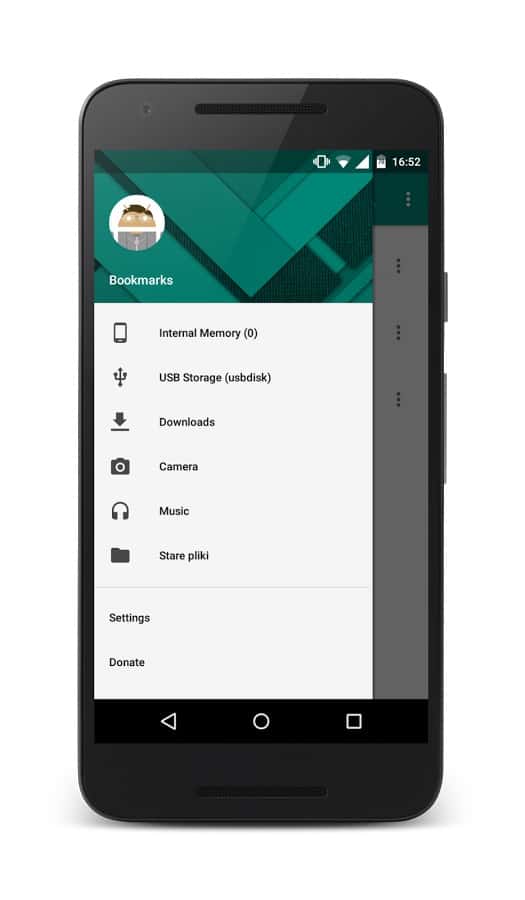 The MK Explorer is one of the best looking applications on this list. Not only does it offer a nice design, but it also has plenty of features to offer you. The app supports 20 languages, has a built-in text editor, music player and gallery, while it can also serve as your root file manager. All the standard file manager options are included here, and the app is free to use, though it comes with in-app purchases. 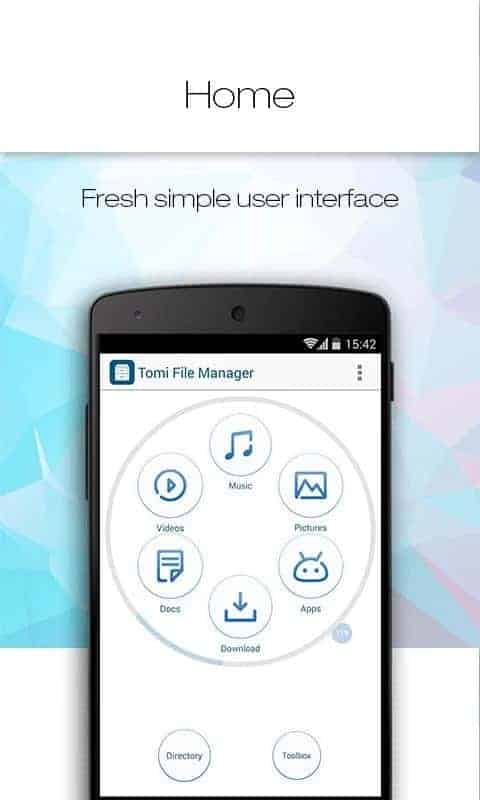 Tomi File Manager is a bit different than the apps we’ve talked about thus far, mainly because it comes with a significantly different design. This app, however, offers a ton of options, just like all the other applications that we’ve mentioned. This app can serve as your file explorer, download manager, root explorer, music manager, and so much more. Truth be told, it’s not as feature-rich as some other apps we’ve listed, but it offers every option that is important for a file manager app. 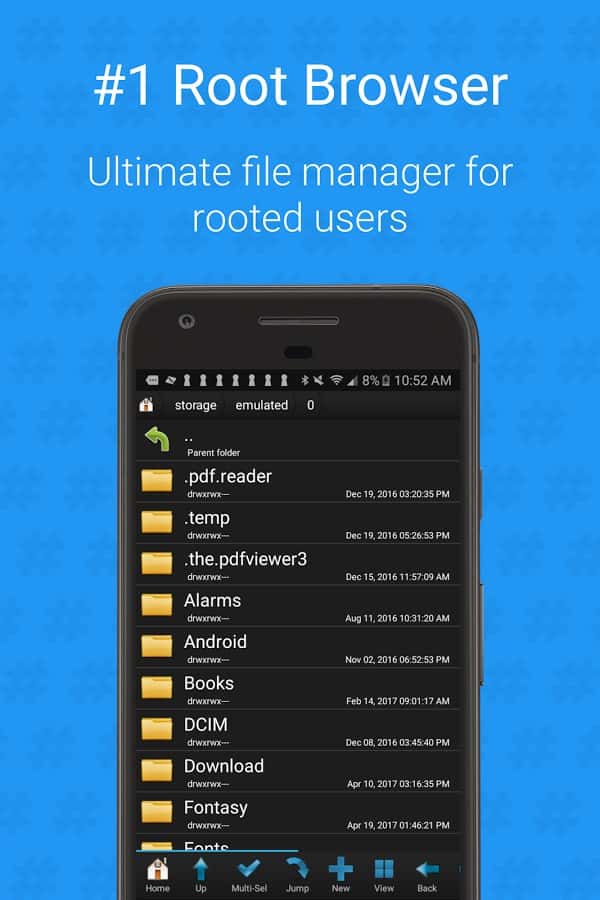 If your phone is rooted, and you want complete access to everything through your file manager, then this might be an app for you. This app was created especially for root users, and it has a number of options that you might find useful. This app can execute script files, explore apk, rar, zip and jar files, change file permissions and ownership, etc. It also has pretty much every option regular file managers have, you can control your folders and files by moving them, copying them, and so on. 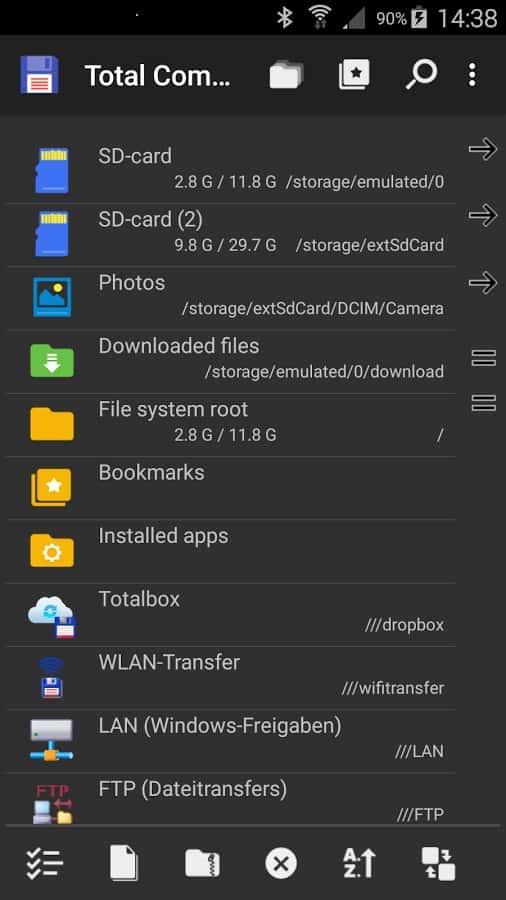 Total Commander actually comes in a desktop variant as well, and this is a rather functional application, it has every regular file manager feature that you might ask for, plus a ton of additional ones. This app supports plugins, so you can, for example, use a LAN access plugin, or a WebDAV plugin for web folders, which basically makes this app extremely useful as there are quite a few plugins at your disposal. 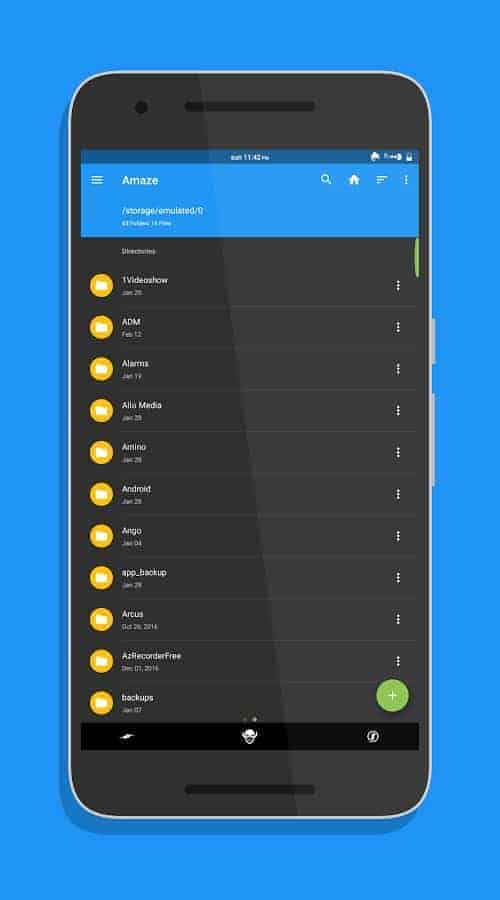 Amaze File Manager is a light file manager app, and that’s a good thing, at least for some of you. This app is really well designed, while it also includes a root explorer, just in case your phone is rooted. All the basic functions are here, and even though this app does not support plugins like Total Commander does, it has some advanced features as well that you might be interested in. This app is free to use, though it comes with in-app purchases. 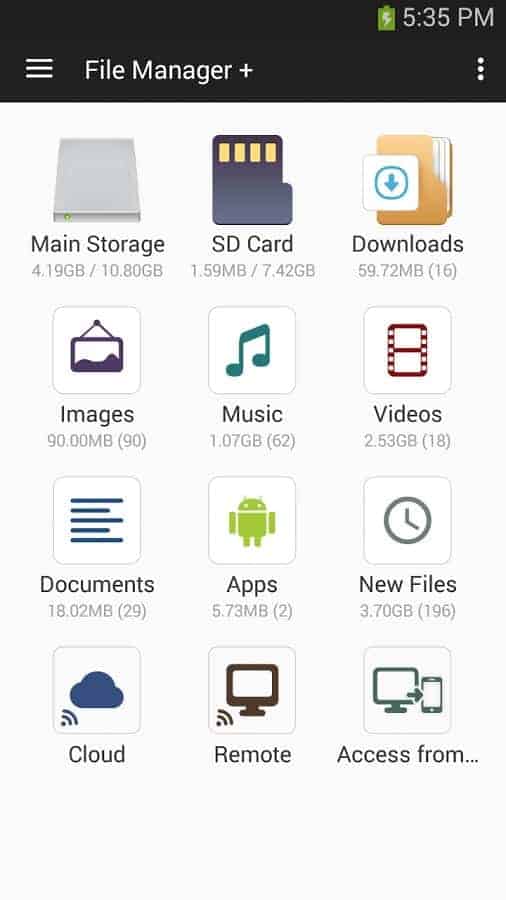 This application is called simply ‘File Manager’, and despite its rather simple name, it’s quite powerful. All the regular features are here, while this app will also all you to do a storage analysis of your smartphone, and you’ll also be able to access it from your PC thanks to FTP support. Cloud support is also included in this application, and the app is free to use, there are no in-app purchases included here.