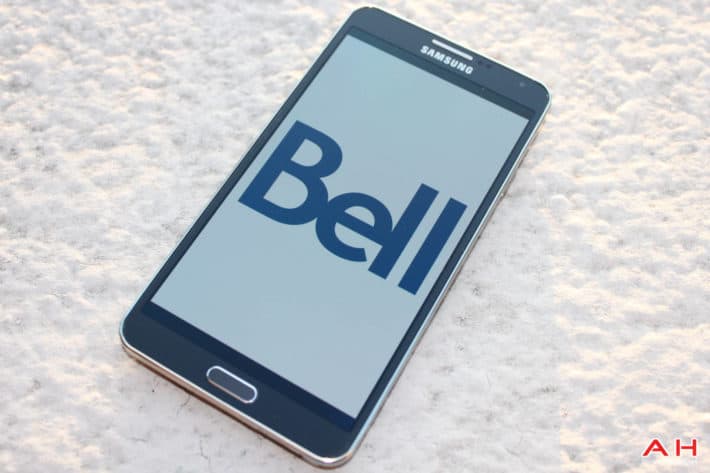 Bell Mobility, a Canada-based wireless carrier, has announced that its LTE network is now capable of delivering Quad-Band LTE-Advanced service, the first in North America. According to Bell Mobility, its customers will experience speeds of up to 750Mbps download speeds, though the actual download speeds experienced by the consumer is dependent on numerous factors which include signal strength and network congestion. With these factors taken into consideration, Bell Mobility estimates that its users will experience download speeds of around 22 to 174Mbps in areas with Quad Band LTE-Advanced coverage, which is more than enough for the most data-intensive uses of mobile data consumers.

Bell Mobility has also taken pride on the data speeds measured in its network and the extent of its LTE coverage. While Quad-Band LTE delivers excellent data speeds, Bell subscribers are already experiencing data speeds of up to 500 Mbps, with average data speeds of 18 to 150Mbps per subscriber, due to Bell Mobility’s capability to offer Tri-Band LTE service, which was also the first in North America. In addition, Bell Mobility says it is now covering 73% of Canada’s population with its LTE-Advanced service, and they are expecting the percentage to grow higher as the wireless carrier continues to expand its LTE-Advanced footprint across Canada.

The maximum data speeds Bell Mobility is promising to its subscribers is made possible by two technologies, four carrier aggregation, and 256 QAM. Four-carrier aggregation makes use of more channels to increase the bandwidth available to the subscriber, resulting in increased bitrate, or data speeds, to the consumer. In this case, four-channel aggregation allows one device to make use of 80MHz of LTE spectrum, with total data speeds of around 600 Mbps. In addition to four-channel aggregation, Bell Mobility also makes use of 256 QAM, which is an improved method of data and information via carrier signals. This setup allows for a channel to carry eight bits per signal, increasing the amount of data that can be carried in a wireless network. Of course, taking advantage of the data speeds powered by these technologies calls for devices with modems that support the technologies. At this point, Qualcomm’s Snapdragon 835, currently found in Samsung Galaxy S8, Samsung Galaxy S8 Plus and Xiaomi Mi 6, has an integrated Qualcomm X16 modem, which is capable of four-channel aggregation and 256 QAM. This modem allows the smartphones equipped with the Snapdragon 835 to take advantage of improved data speeds on a Quad-Band LTE-Advanced network.