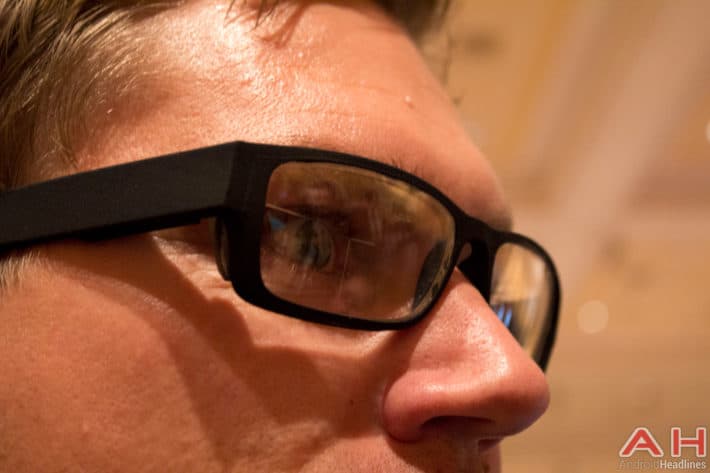 This year the smartphone market seems to have experienced a slight shift in design. Manufacturers like LG and Samsung have pushed the boundaries of display technology to new heights, allowing their latest premiums smartphones to adopt borderless screens and a new aspect ratio. Nevertheless and as impressive as these devices are, they don’t depart from the core principles of smartphone design as much as they strive to refine them. However, according to Michael Abrash, chief scientist at Facebook’s Oculus Research, in as little as 5 years from now, the telecommunication market could experience a great shift towards augmented reality (AR), when Abrash predicts that smart glasses could begin replacing conventional smartphones in the mainstream.

Several tech giants so far have explored the concept of augmented reality (AR) as a means to enhance our daily lives. Google Glass was one of the earlier attempts to bring AR under the spotlight, and although the project has been put on ice by the Mountain View giant due to various technical and privacy reasons, it did help in laying down the core foundations of the now-growing AR segment. Microsoft is exploring augmented reality technologies as well with the Microsoft HoloLens, but as it stands the headset in question is too bulky to become a mainstream device able to replace our smartphones. Nevertheless, Oculus Research chief scientist Michael Abrash predicts that in as little as five years from now, augmented reality could have its ‘Macintosh moment’, referring to the year 1984 when Apple managed to overcome the limits imposed by that era’s hardware and software and bring personal computers into the mainstream largely thanks to the introduction of a convenient graphical user interface. Much like computers existed before 1984, augmented reality technologies exist today in an early stage of development, waiting for the opportunity to evolve and become adopted by millions of users. However, Michael Abrash adds that even though AR could have its ‘Macintosh moment’ in as little as five years from now, it may take a few more decades for AR glasses to replace smartphones everywhere. “20 or 30 years from now, I predict that instead of carrying stylish smartphones everywhere, we’ll wear stylish [AR] glasses” capable of delivering AR, VR (Virtual Reality) and “everything in between”.

In other words, AR glasses could prove themselves to be the next big step in the telecommunication industry in as little as five years from now. However, just as personal computers needed many more years after 1984 to become widely adopted by millions of users around the globe, so will AR glasses have to go through an expansion period which may take 20 or 30 years before they will be used by people everywhere. In the meantime, various companies such as Google, Microsoft, and Magic Leap continue to lay down the foundation necessary for the next step in AR technology, which Abrash predicts it should provide “augmentation that enhances your vision and hearing seamlessly, that makes you smarter and more capable” and that it should be stylish and comfortable enough to become socially accepted with ease.