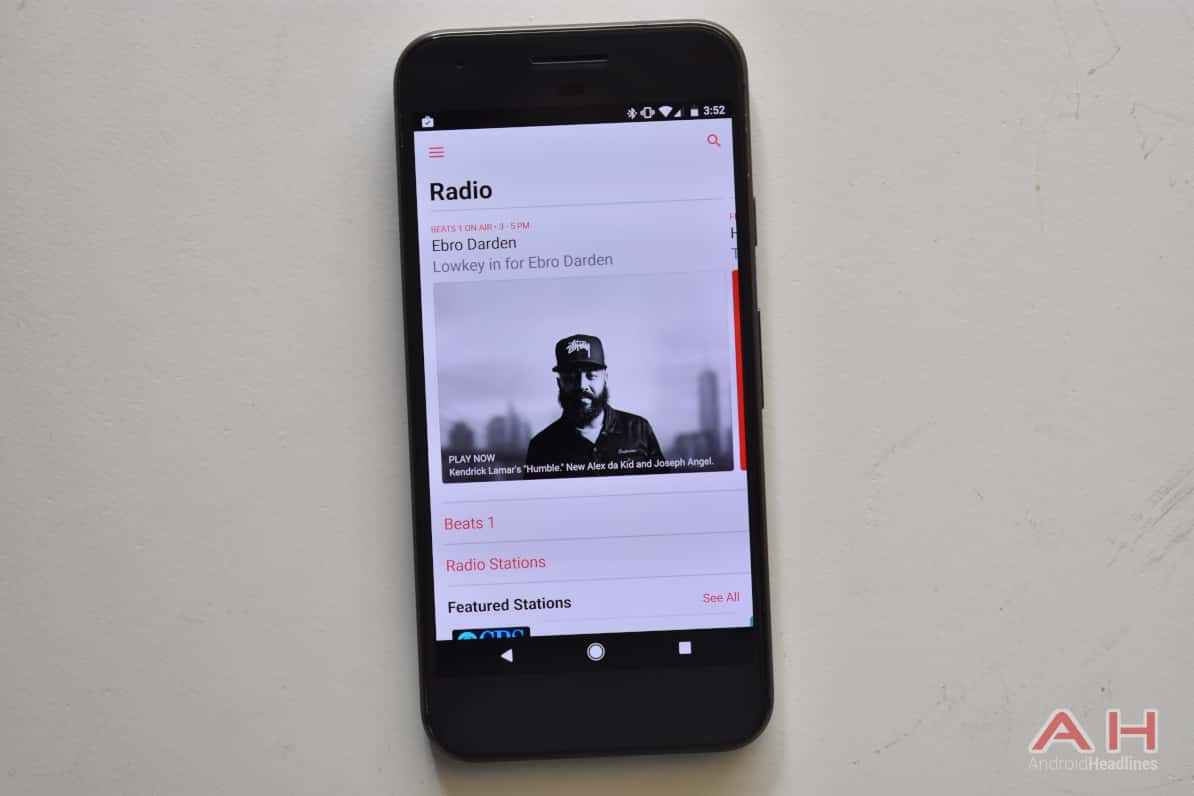 The latest Apple Music update has brought a complete UI overhaul as well as song lyrics that you can read as songs are playing on your device. The update is already live on the Play Store for existing users of the popular streaming music service, and anyone who has yet to give it a try should see the new UI design upon opening it up for the first time following the installation. As part of the new user interface the app has taken on a new theme color. Instead of the black backdrop that was used for the app before, everything is now a lot brighter with the use of a white backdrop, larger card-style thumbnails for visuals, and a design that Apple says is aimed at making the app simpler to use.

Whether or not users will personally find it simpler than before will all depend on the user really as some may have liked the old design, but it's a refresh that Apple feels is better overall and they wanted to bring their users a cleaner, and more simplistic interface. Part of the simplicity comes from the large section titles that denote the For You, Radio, and Browse pages, as well as clearly separated sections for playlists.

If you're one to enjoy the song lyrics of the music you're listening to then the app will now provide the lyrics for songs as you stream them. Apple has also emphasized the simpler navigation of the app so users should now more easily be able to flip through their music library and find the songs they want faster, and it should now be easier to see downloaded music at a glance if you're looking for music to stream while offline. If you're no an existing Apple Music subscriber than you won't notice the differences between the previous version of the app and the newly updated version, but there's definitely more on offer here than before and it's likely to bring up Apple Music's popularity even if just a little bit. Also, with the design there's much more emphasis on the music from the contrast of the large images across the white background, which sort of brings the music to the forefront more.