Buried within the Wi-Fi preferences tab in the Android O settings is a new feature which will likely be of benefit to those who often toggle on and off their Wi-Fi connection. The feature essentially allows the Android O device owner to preset the system so that when the device is near to a ‘saved network’ the device automatically turns on Wi-Fi.

While this might seem like a fairly rudimentary feature, this is one which will likely solve a problem many Android device owners encounter. For instance, if you are someone who often turns off Wi-Fi when away from a home or work network (to either save battery consumption or just to avoid the device continually looking to connect to a network) and also often forgets to reactivate the Wi-Fi connection again, then this will solve that problem. You will no longer need to actually head to settings to turn back on your Wi-Fi after disabling it. Once the feature is toggled on, and once the device is in range of a known network, it will just simply enable Wi-Fi once again and presumably, reconnect to the known network as usual.

At the moment though, while the feature is listed in the settings menu, it does not currently seem to be active. Along with a feature that will allow you to be notified whenever you are in range of a “high quality open network.” So even if you are now running the developer preview of Android O, you cannot switch the feature on yet. Which would suggest that Google plans to make the feature available during one of the upcoming developer previews or maybe as part of the final release of Android O. Of course, with any feature that is currently offered in a developer preview, there is also the chance that it will not make it into the final release of Android O. So this could end up being a feature that you might not ever be able to take advantage of. In either case, the setting can be currently viewed by heading into the Android O’s settings menu, then through to ‘Network & Internet’, then to ‘Wi-Fi’ and finally by opening the ‘Wi-Fi preferences’ tab, located near the bottom. 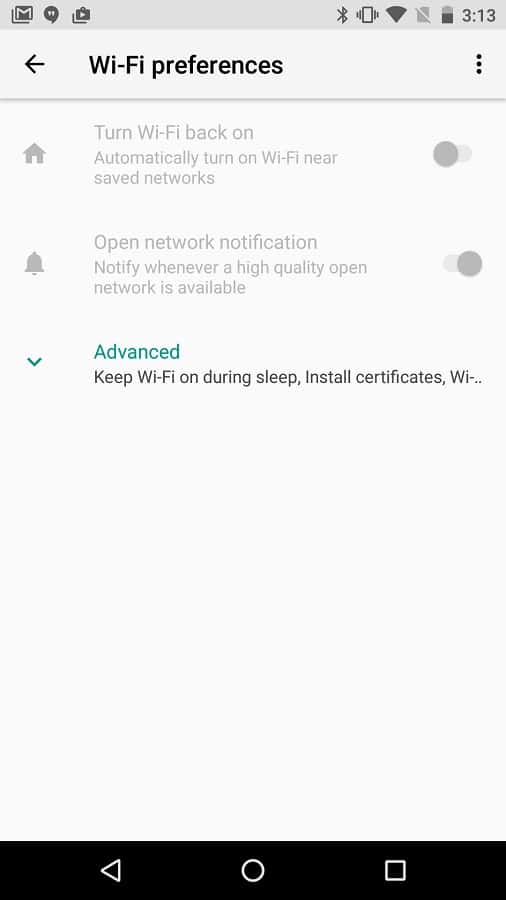